PLEASE NOTE: Orders may be delayed by up to several days. We are working hard while adhering to safety guidelines. Thank you. 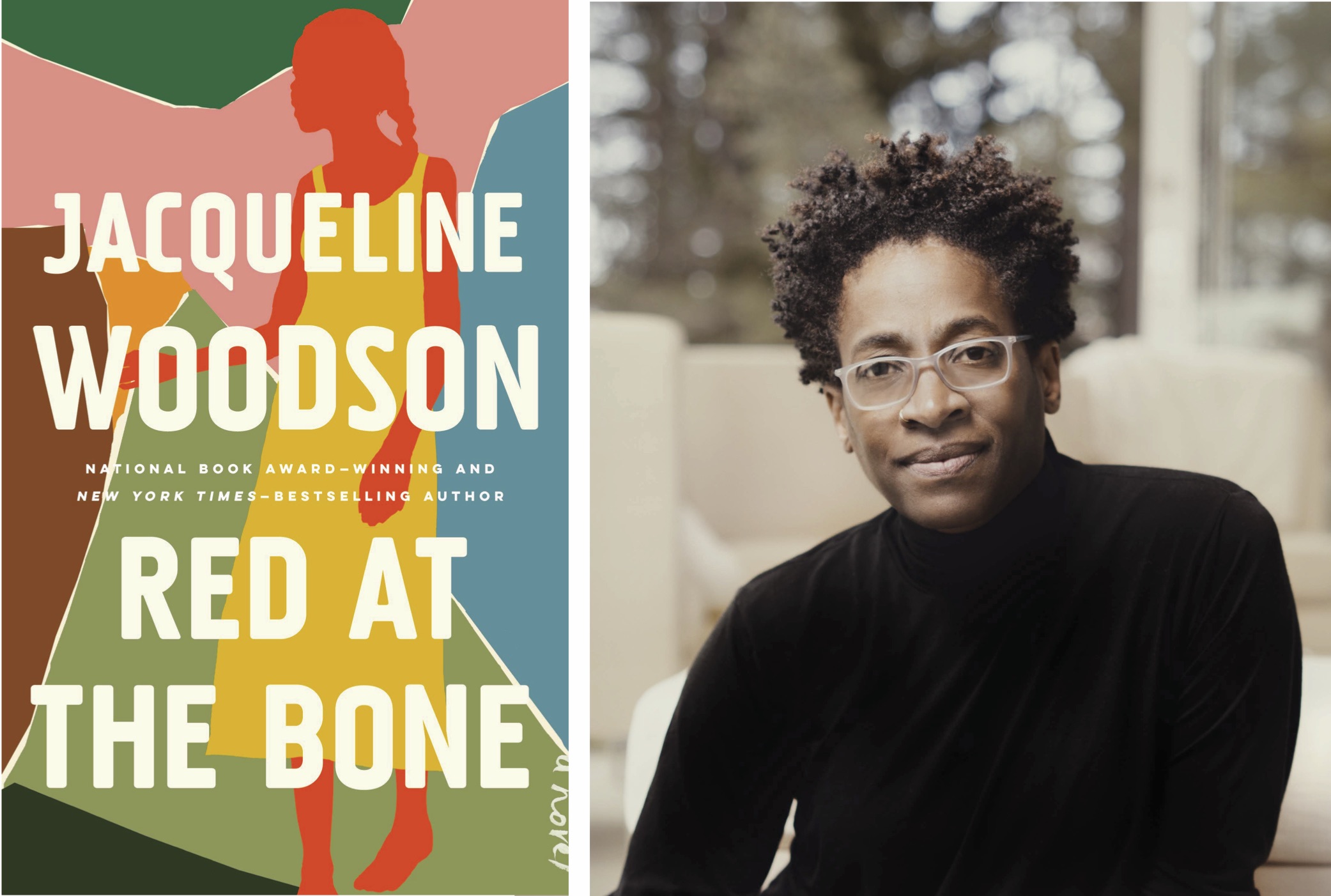 Bookshop Santa Cruz is delighted to present an evening with acclaimed author Jacqueline Woodson to celebrate the release of her newest book, Red at the Bone. Ms. Woodson will be in conversation with Carolina De Robertis. This special book talk, Q+A, and booksigning will take place at Peace United Church, 900 High Street, Santa Cruz, and is co-sponsored by The Humanities Institute at UC Santa Cruz, 90.3 KAZU, and the Friends of the Santa Cruz Public Libraries. Doors open at 6:30 pm for this 7:00 pm event.

An extraordinary new novel about the influence of history on a contemporary family, from the New York Times-bestselling and National Book Award-winning author of Another Brooklyn and Brown Girl Dreaming.
Two families from different social classes are joined together by an unexpected pregnancy and the child that it produces. Moving forward and backward in time, with the power of poetry and the emotional richness of a narrative ten times its length, Jacqueline Woodson’s new novel uncovers the role that history and community have played in the experiences, decisions, and relationships of these families, and in the life of this child.

“[A] beautifully imagined novel…Woodson’s nuanced voice evokes the complexities of race, class, religion, and sexuality in fluid prose and a series of telling details. This is a wise, powerful, and compassionate novel.” —Publishers Weekly, starred review

Jacqueline Woodson is the bestselling author of more than two dozen award-winning books including the 2016 New York Times-bestselling National Book Award finalist for adult fiction, Another Brooklyn. Among her many accolades, Woodson is a four-time National Book Award finalist, a four-time Newbery Honor winner, a two-time NAACP Image Award Winner, and a two-time Coretta Scott King Award Winner. Her New York Times-bestselling memoir, Brown Girl Dreaming, received the National Book Award in 2014. Woodson is also the 2018-2019 National Ambassador for Young People's Literature and recipient of the 2018 Astrid Lindgren Memorial Award and the 2018 Children's Literature Legacy Award. In 2015, she was named the Young People's Poet Laureate by the Poetry Foundation. She lives with her family in New York.

Carolina De Robertis is the author of the novels The Gods of Tango, Perla, and the international bestseller The Invisible Mountain. Her books have been translated into seventeen languages, and have been named Best Books of the Year in venues including the San Francisco Chronicle, O, The Oprah Magazine, BookList, and NBC. She is the recipient of a Stonewall Book Award, Italy’s Rhegium Julii Prize, and a 2012 fellowship from the National Endowment for the Arts, among other honors.