VIRTUAL EVENT: Heather McGhee, The Sum of Us 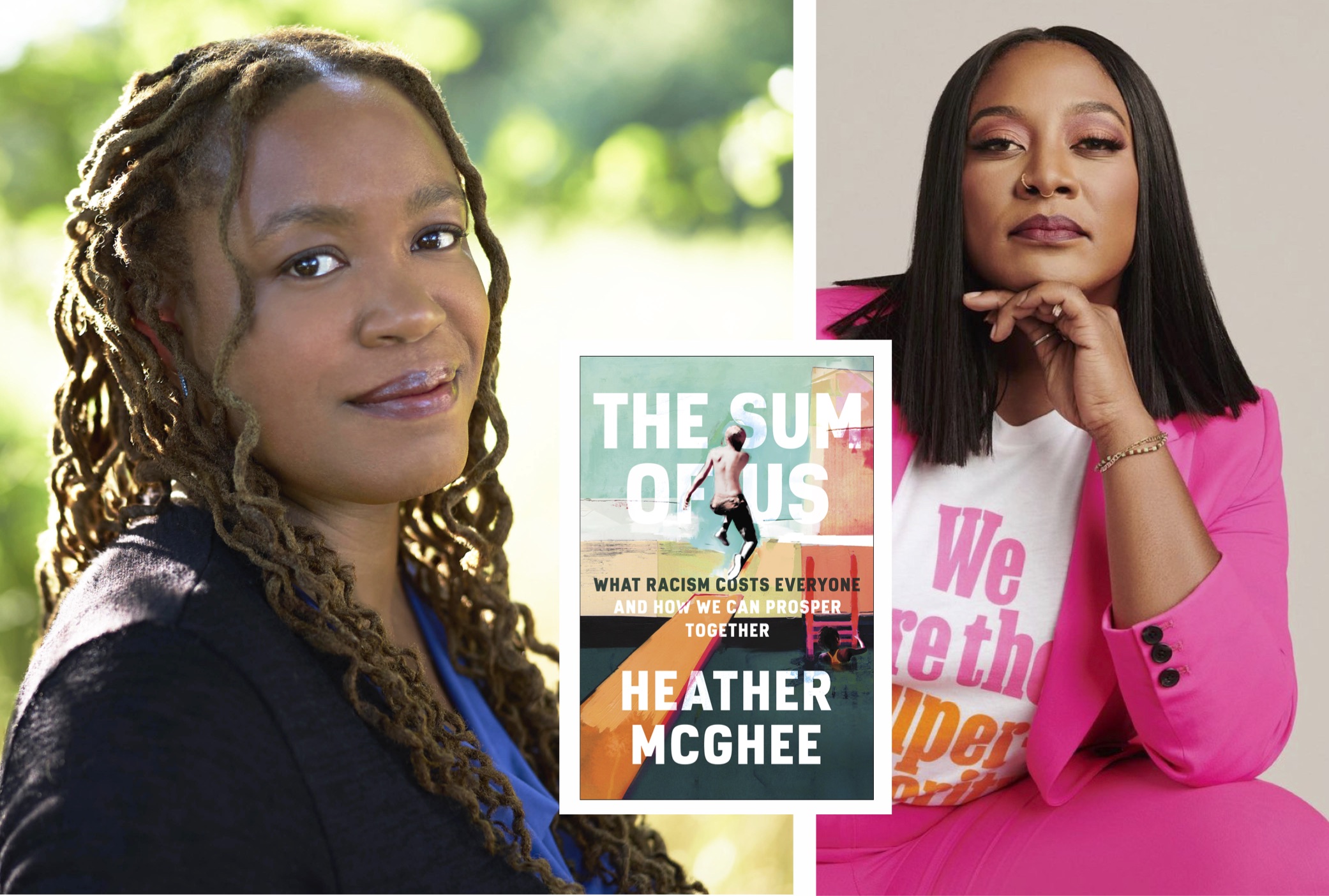 VIRTUAL EVENT: Bookshop Santa Cruz, in partnership with The Humanities Institute at UC Santa Cruz, Marcus Books, and the NAACP Santa Cruz County Branch, present author Heather McGhee in conversation with Alicia Garza, Principal at Black Futures Lab and co-creator of #BlackLivesMatter. McGhee's new book, The Sum of Us, is a powerful exploration about the self-destructive bargain of white supremacy and its rising cost to all of us—including white people—from one of today’s most insightful and influential thinkers.

Register for this free online event by clicking here!

The Sum of Us is a brilliant analysis of how we arrived here: divided and self-destructing, still the richest country in the world, but spiritually starved and vastly unequal. At the heart of the book are the humble stories of Americans yearning to be a part of a better America, including white supremacy’s collateral victims: white people themselves. With startling empathy, this heartfelt message from a Black woman to a multiracial America leaves us with a vision for the future of our country—one whose population has ties to every place on the globe—where we finally realize that life can be so much more than zero-sum.

“Racism is not merely destructive to people of color. It is self-destructive to many white people. Racism is anti-American and anti-human as Heather McGhee expertly and judiciously proves in The Sum of Us. This is the book I’ve been waiting for. The Sum of Us can help us come together to build a nation for us all, with policies that benefit us all.” —Ibram X. Kendi, bestselling author of How to Be an Antiracist

Heather McGhee is an expert in economic and social policy. The former president of the inequality-focused think tank Demos, McGhee has drafted legislation, testified before Congress and contributed regularly to news shows including NBC’s Meet the Press. She now chairs the board of Color of Change, the nation’s largest online racial justice organization. McGhee holds a BA in American studies from Yale University and a JD from the University of California at Berkeley School of Law.

Alicia Garza believes that Black communities deserve what all communities deserve -- to be powerful in every aspect of their lives. An author, political strategist, organizer, and cheeseburger enthusiast, Alicia founded the Black Futures Lab to make Black communities powerful in politics. She is the co-creator of #BlackLivesMatter and the Black Lives Matter Global Network, serves as the Strategy & Partnerships Director for the National Domestic Workers Alliance, and is a co-founder of Supermajority, a new home for women’s activism. Alicia has become a powerful voice in the media and frequently contributes thoughtful opinion pieces and expert commentary on politics, race and more to outlets such as MSNBC and The New York Times. She has received numerous accolades and recognitions, including being on the cover of TIME’s 100 Most Influential People in the World issue and being named to Bloomberg's 50 and Politico's 50 lists. She is the author of the critically acclaimed book, The Purpose of Power: How We Come Together When We Fall Apart (One World Penguin Random House), and she warns you -- hashtags don’t start movements. People do.

The Sum of Us: What Racism Costs Everyone and How We Can Prosper Together (Hardcover)

The Purpose of Power: How We Come Together When We Fall Apart (Hardcover)