Last year was a hard year for books, especially those published during the early months of the COVID-19 pandemic. Not only could we not browse the bookstore shelves, many of us (myself included!) found it difficult to corral the mental focus needed to read. Happily, these previously nearly hidden gems are now coming out in paperback, and so with new opportunity and perhaps more time for reading, here are some of the books you need to catch up on. 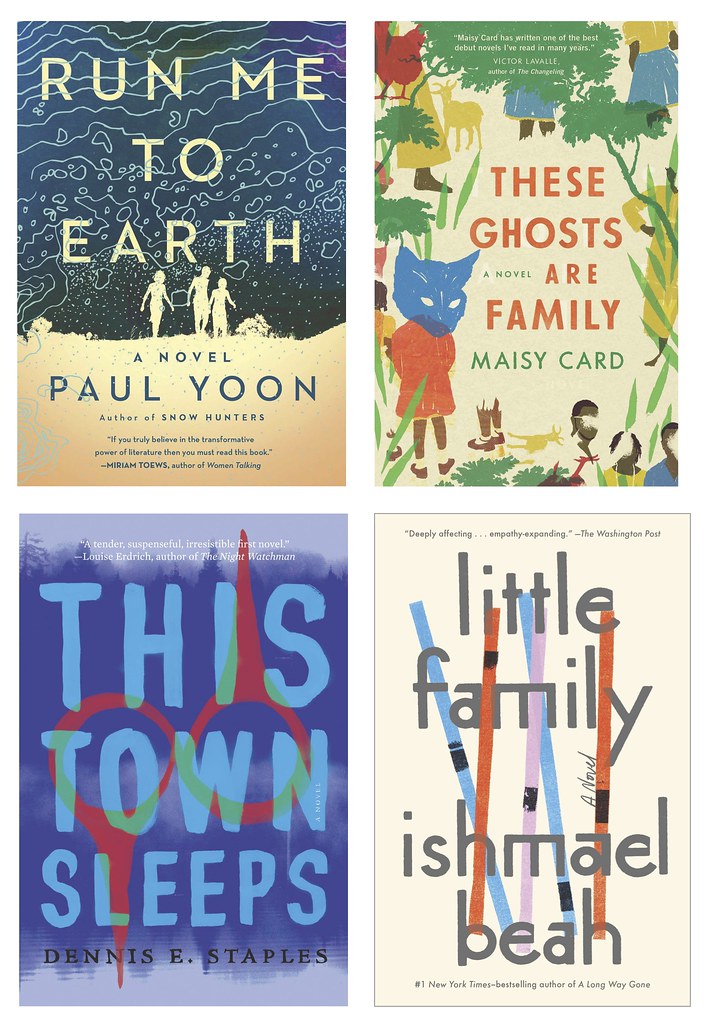 Three novels we loved were published before shelter-in-place began but were buried by the growing concern. Several Bookshop staff have gushed over Run Me to Earth by Paul Yoon, one calling it “absolutely stunning.” This beautifully rendered historical novel follows the lives of three orphaned refugees and the bonds created in the crucible of 1960s wartime Laos. These Ghosts Are Family by Maisy Card is equally atmospheric, centering around a multi- generational Jamaican family and reaching back through centuries of Jamaican colonization and enslavement with a deliciously vibrant story and immersive prose. This Town Sleeps by Dennis E. Staples is a mystery and then some. A young gay Ojibwe man and his closeted white lover wake the spirit of a dog that leads them to a body and an unsolved murder. This debut is steeped in Ojibwe lore and explores the intersections of culture and identity in a rural setting.

We missed the opportunity to welcome Ishmael Beah back to Santa Cruz last April for an event for his novel, Little Family, but can content ourselves with meeting the five orphaned children in his latest book. They find family in each other and a home in an abandoned aircraft, and Beah writes movingly of postcolonial African experiences and their effects on even the youngest generations. 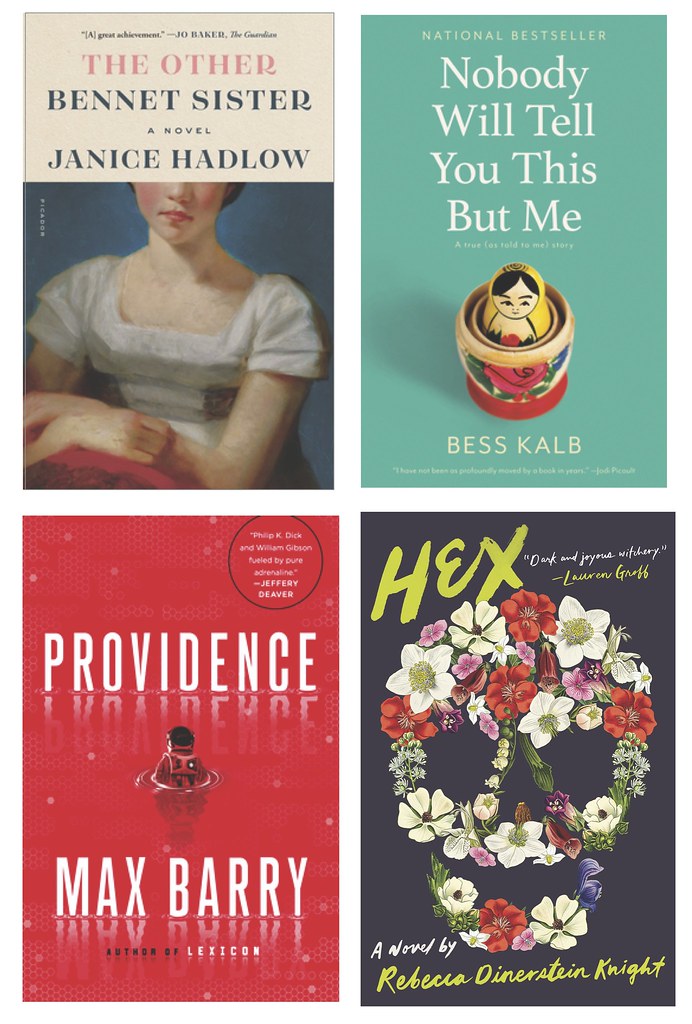 It’s a shame that these two staff favorites were lost during the overwhelm of last spring, since they are both perfect escapes but in much different ways. The Other Bennet Sister by Janice Hadlow is as deliciously good as it sounds. If you’re an Austen fan looking for a worthy adjacent book, this is the one. Hadlow focuses on Mary Bennet, the awkward middle child, and gives her (and the reader) the self-actualized and fulfilling life she deserves. Hex by Rebecca Dinerstein Knight moves in quite the opposite direction but is so much fun to read. One staff fan says, “It's earthy, unexpected, funny, and weird.” Too true. In it we follow the lives of failed botany student Nell, her former professor/object of her obsession Joan, the partners who tangle in their lives, and of course the poisonous plants that bear witness to it all.

And then there’s Providence by Max Barry, a science fiction page-turner that has been gaining fans at Bookshop throughout the year. One staff remarks, “Could not put this down. Great character development. Plot twists. Lots of pew-pew-pew. A fellow bookseller put it in my hands and said, ‘You're going to love this.’ As soon as I finished, I did the same thing. For people who like The Martian or The Old Man’s War.” 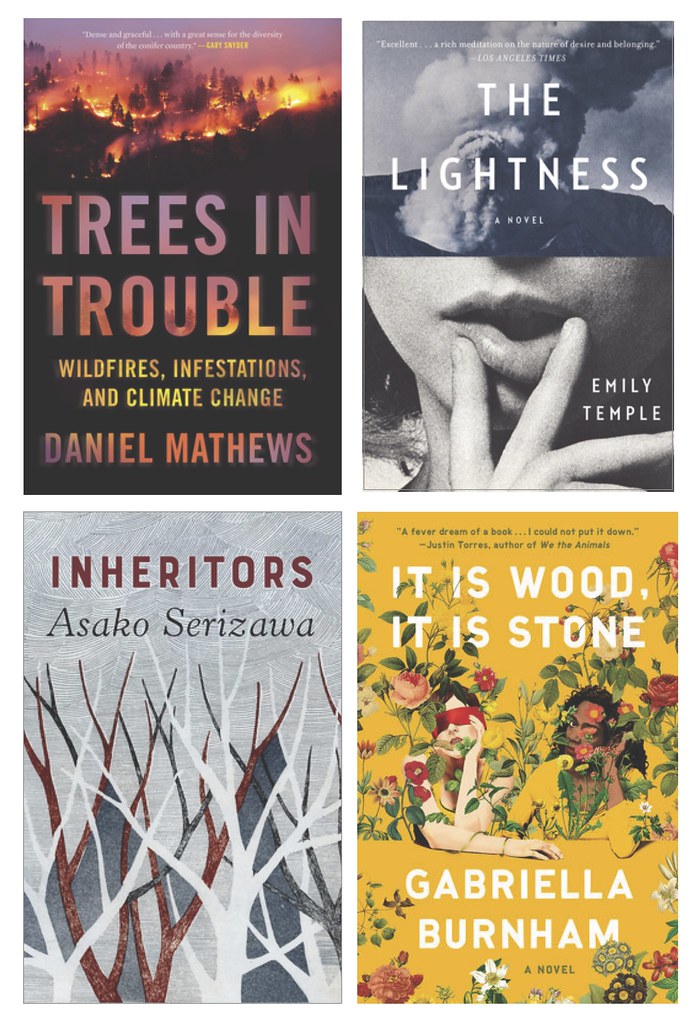 Two nonfiction titles that deserved discovery last year are Nobody Will Tell You This But Me:  A True (as Told to Me) Story by Bess Kalb and Trees in Trouble by Daniel Mathews. Bess Kalb is an award-winning comedy writer and her debut memoir is infused with mirth and tenderness. She recreates the life of her beloved grandma Bobby and the four generations of strong Jewish women that connected them. Interspersed throughout are the actual voicemails from her grandma, lacing together a portrait of enduring love and indomitable spirit. Trees in Trouble, on the other hand, is sobering, but it is as important today as it was when it was published last year. Natural history writer Daniel Mathews deep dives into the current distress of pine trees, and beyond that, the disastrous effects of global warming on our forest ecosystems, among them, insect infestations and forest fires. Written with love and concern for the natural world and with prescriptive hope for more effective action, this book will remain timely.

Finally, although these debut novels have not yet been released in paperback, I could not bear to let them miss their opportunity again, so please save their pub dates! The Lightness by Emily Temple (June 22) is the perfect literary summer read a la coming-of-age-at-a-summer-camp story, except it takes place at a Buddhist retreat and the protagonist Olivia is there looking for answers about her father’s disappearance. What she finds instead is an alluring group of adolescent girls seeking the ability to levitate, to exert their power over reality. Well-written and engaging to the end, one Bookshop bookseller says it is in part about the power of belief and how it can consume you in adolescence. Inheritors by Asako Serizawa (June 22) is a magnificent work all its own. A formally inventive and loosely linked collection of short stories about one Japanese family across centuries, generations, and continents, this debut explores the family’s experience, particularly  around World War II, and speaks to the myriad ways such history reverberates. It Is Wood, It Is Stone by Gabriella Burnham (July 6) is more tightly packed, told through the voice of Linda, a listless American expat in Brazil, as she speaks to her husband over the course of a year, discovering her own estrangement, awakening, needs, desires, and purpose. Her journey runs alongside Marta’s, the maid who works at the São Paulo house, and Carina, the artist friend Linda makes. Burnham explores the complexity of privilege, gender, race, and sexuality with dazzling poetic prose—an introspective, atmospheric summer read.

These are just a few from last year’s wondrous unseen crop that are now coming out in paperback, but I hope they are enough to whet your appetite. I can’t wait to share more with you as this year progresses and we dust off our reading lists.

END_OF_DOCUMENT_TOKEN_TO_BE_REPLACED

VIRTUAL TICKETED EVENT: Michael Pollan, This Is Your Mind on Plants
07/06/2021 - 6:00pm
END_OF_DOCUMENT_TOKEN_TO_BE_REPLACED