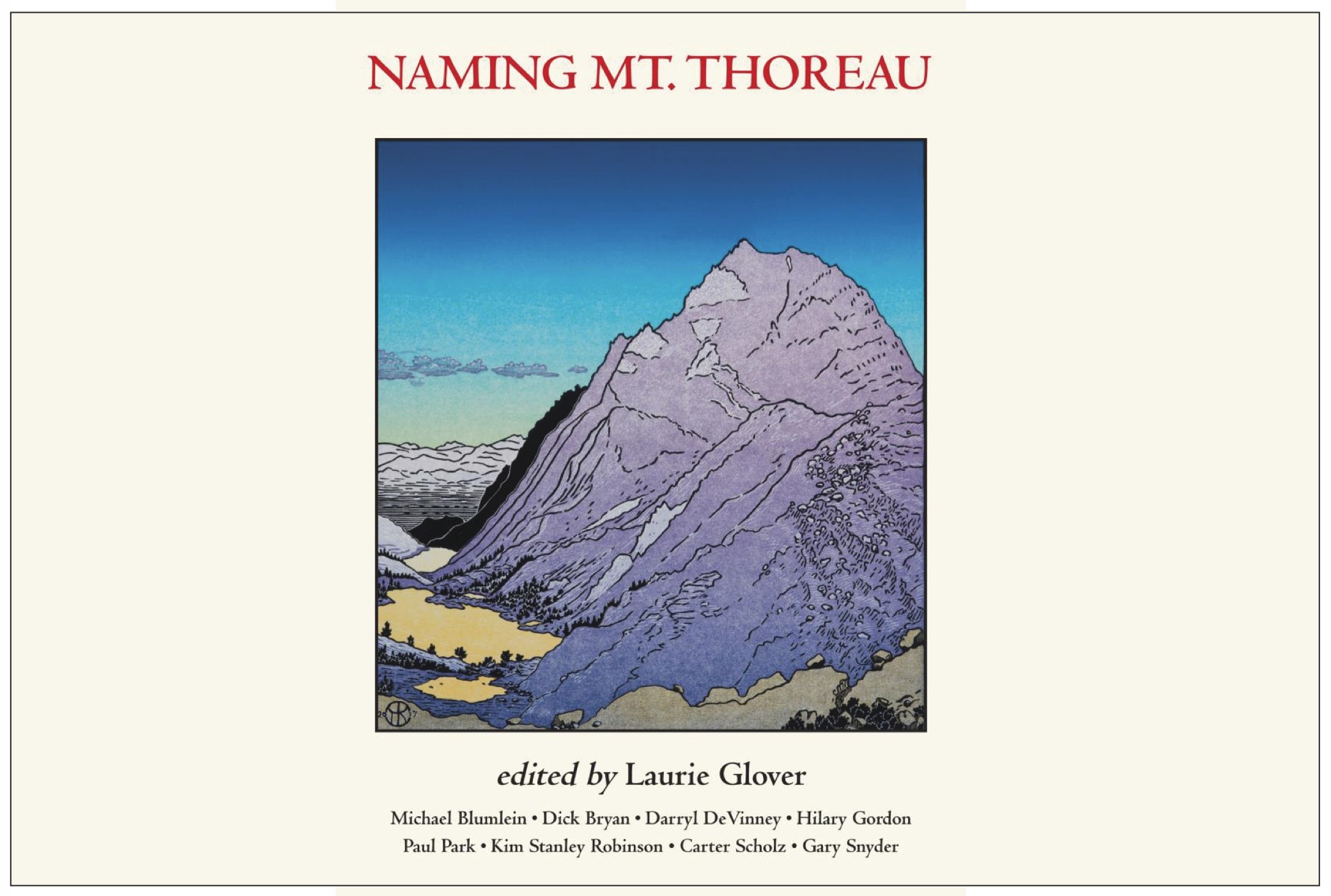 In 2014, group of artists who loosely call themselves the Thoreau collective summited USGS Peak 12691, next to Mt. Emerson in the Eastern Sierra, to name it after Henry David Thoreau, to honor the influence of his work and life on Sierra travelers such as themselves. Out of that expedition, the collection Naming Mt. Thoreau was born. On November 6th, artist and writer contributors—including Laurie Glover, Tom Killion, and Kim Stanley Robinson—will read from or talk about their work in relation to the project at Bookshop Santa Cruz.

Naming Mt. Thoreau is a collection of essays that arose from the simple undertaking of ascending a mountain; it is a meditation on friendship and influence, proximity and distance. Composed of a series of essays, poems, and photographs, this volume contains contributions from Michael Blumlein, Dick Bryan, Darryl DeVinney, Hilary Gordon, Tom Killion, Paul Park, David Robertson, Kim Stanley Robinson, Carter Scholz, Gary Snyder, and Christopher Woodcock.

This compilation's authors started out to rename USGS peak 12,691 Mt. Thoreau to honor Henry David Thoreau for his writing that has been so important to generations of Americans seeking to define their relationship to wilderness and nature. Taking their cues from Thoreau, they offer this collective set of texts and images as a call to close attention. Not just to what is present but to what is not, but still is.

The above description is adapted from the introduction by Laurie Glover.

Michael Blumlien is an M.D. and science fiction writer. He has been teaching medicine and serving at free clinics across San Francisco since the 1960’s.

Darryl DeVinney grew up and completed his university degree in San Diego, worked his way through the computer industry, and is currently engaged in raising five granddaughters.

Laurie Glover is the editor of Naming Mt. Thoreau. Her current project Traveling Alone in the Company of Strangers, combines John Muir’s 1903-04 world tour with her own travels.

Tom Killion’s work in the Japanese style of printmaking has progressed over the years to the four-color style of print featured on the cover. He has collaborated with Gary Snyder on several books, including The High Sierra of California and California’s Wild Edge.

Kim Stanley Robinson is a winner of the Hugo, Nebula, and Locus awards. He is the author of more than twenty books, including the bestselling Mars trilogy and the critically acclaimed Forty Signs of Rain, Fifty Degrees Below, Sixty Days and Counting, The Years of Rice and Salt, and Galileo’s Dream. In 2008 he was named one of Time magazine’s “Heroes of the Environment.” He serves on the board of the Sierra Nevada Research Institute. He lives in Davis, California.

Gary Snyder is a poet, an environmental advocate and activist, and recipient of many literary prizes, including the Pulitzer (for Turtle Island) and the American Book Award (for Axe Handles).

This free event will take place at Bookshop Santa Cruz on Wednesday, November 6th at 7 pm. Chairs for open seating are usually set up about an hour before the event begins. If you have any ADA accommodation requests, please email info@bookshopsantacruz.com by November 4th.