Pseudonymous Bosch, The Unbelievable Oliver and the Four Jokers 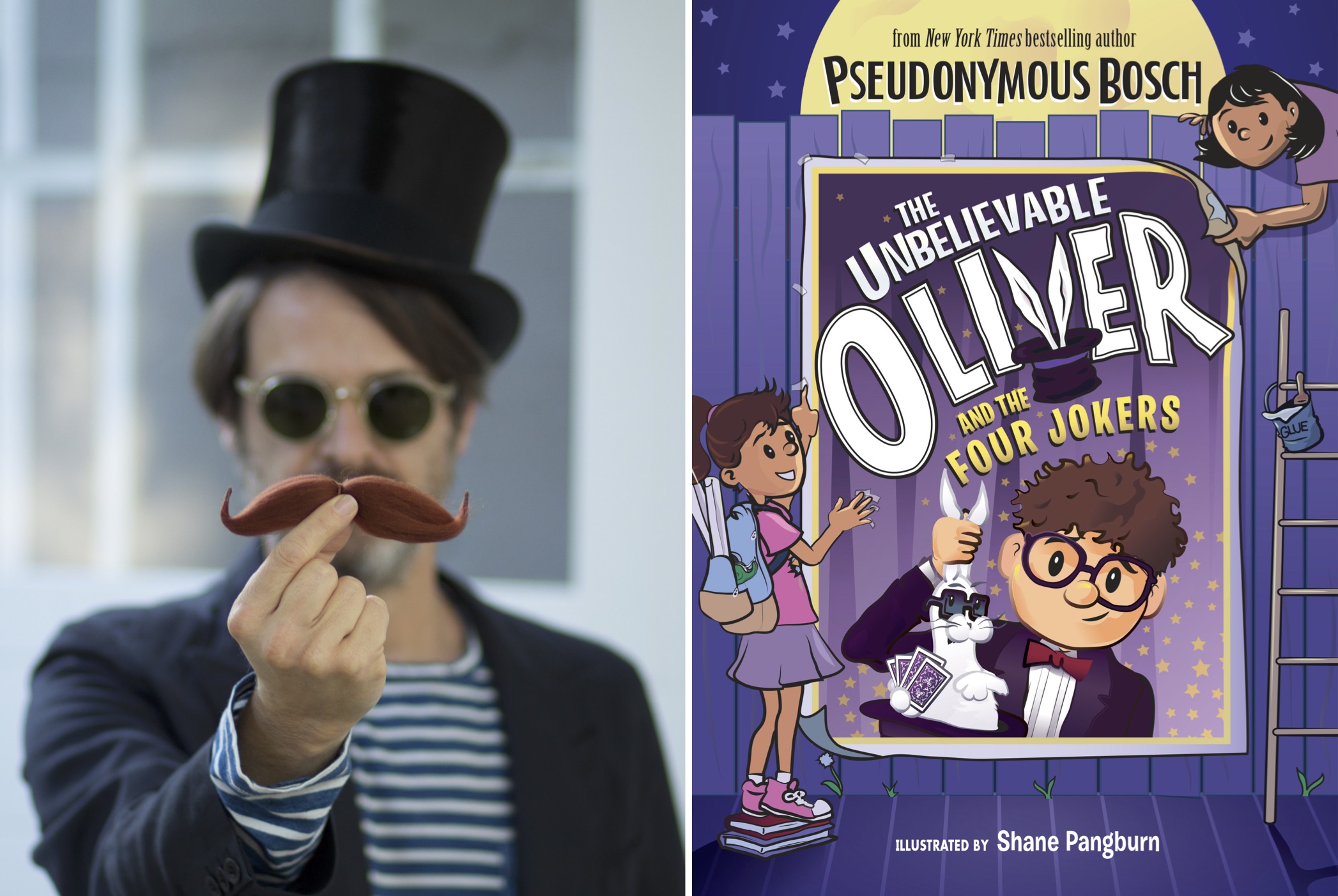 The author of the bestselling Secret Series returns with his funny chapter-book mystery, The Unbelievable Oliver and the Four Jokers, about a third-grade magician and the wisecracking rabbit who is the secret brains behind his act. Kids: Learn magic tricks and perform your own magic tricks at this event! (Email us for more information or to reserve a spot to perform your trick!) This event will also serve as the kick off of Bookshop’s Summer Reading Program.

Eight-year-old Oliver dreams of being a professional magician, even though he has terrible stage fright. And now, his friends Teenie and Bea have gotten him invited to a classmate's birthday party as the paid entertainment! Desperate for help, he visits The Great Zoocheeni's Magic Emporium, but comes away with nothing more than a moth-eaten top hat. Oliver is in for a lucky surprise, though. Inside that top hat hides a wisecracking rabbit named Benny, who agrees to help Oliver with his act. But at the party, Oliver is accused of robbery! He'll need to solve the mystery of the missing robo-cat to clear his name before he and Benny can amaze the crowd with their grand finale.

Pseudonymous Bosch is the infamously anonymous author of the New York Times bestselling Secret Series and the Bad Books. Despite rumors to the contrary, his books are not actually written by his pet rabbit, Quiche. Nor is he the alter ego of Raphael Simon, a totally unrelated author who lives in Pasadena, CA, with his husband and twin daughters.

Shane Pangburn grew up in rural Illinois and now lives in Los Angeles, where he writes whenever he's not drawing, taking photos, watching TV, or otherwise working. He produces YALLWEST, the nation's largest Youth and Young Adult literary festival. His cartoons and illustrations have appeared in The Daily Dot, numerous college textbooks, and how-to guides. He worked as a children's bookseller and textbook illustrator before switching to literary promotion, assisting other authors on their book campaigns.

The Unbelievable Oliver and the Four Jokers (Hardcover)