CANCELLED: Ottessa Moshfegh, My Year of Rest and Relaxation 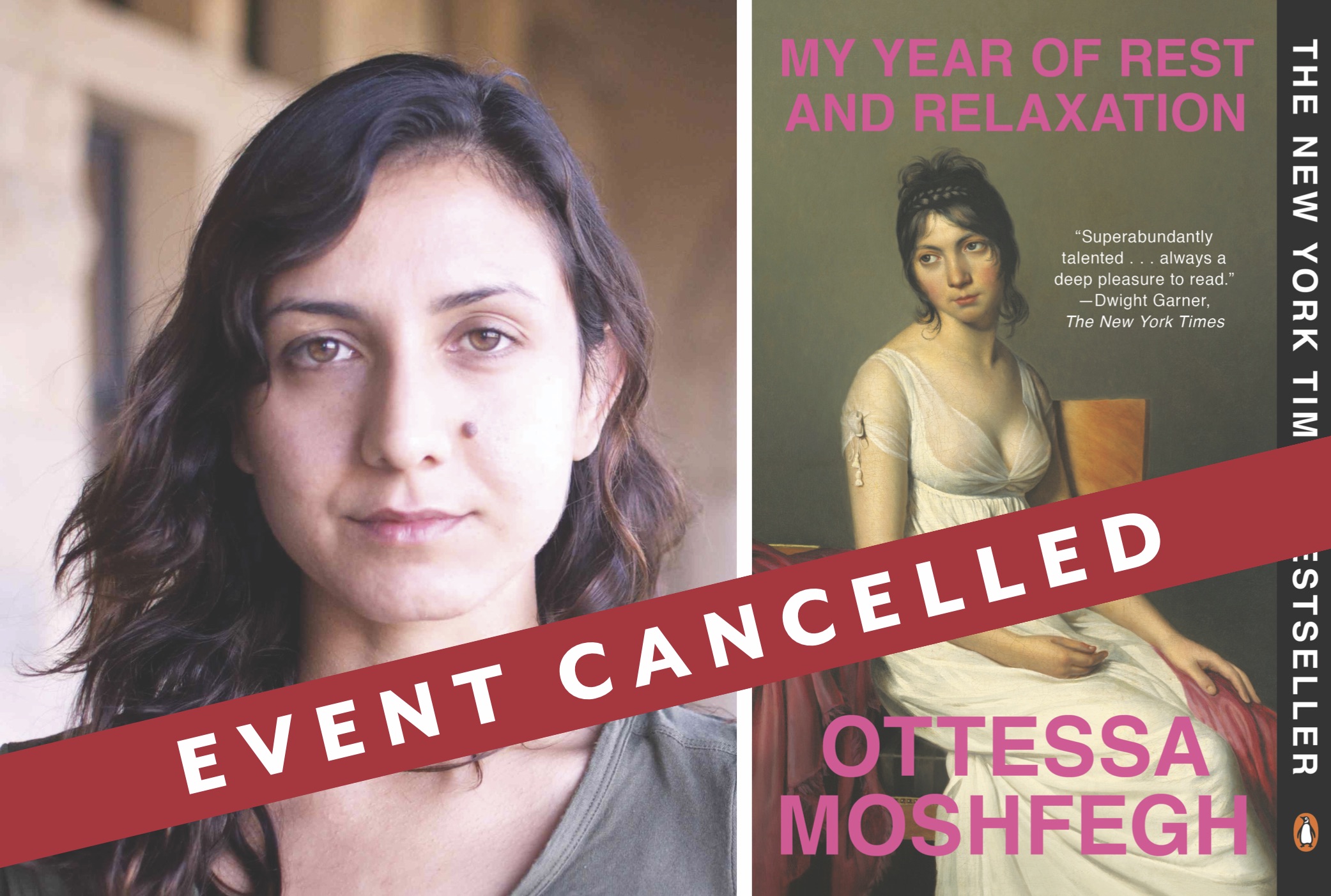 Due to a confilct in the author's schedule, this event has been cancelled. We hope to bring Otessa Moshfegh to Santa Cruz in the future.

Our narrator should be happy, shouldn't she? She's young, thin, pretty, a recent Columbia graduate, works an easy job at a hip art gallery, lives in an apartment on the Upper East Side of Manhattan paid for, like the rest of her needs, by her inheritance. But there is a dark and vacuous hole in her heart, and it isn't just the loss of her parents, or the way her Wall Street boyfriend treats her, or her sadomasochistic relationship with her best friend, Reva. It's the year 2000 in a city aglitter with wealth and possibility; what could be so terribly wrong?

My Year of Rest and Relaxation is a powerful answer to that question. Through the story of a year spent under the influence of a truly mad combination of drugs designed to heal our heroine from her alienation from this world, Moshfegh shows us how reasonable, even necessary, alienation can be. Both tender and blackly funny, merciless and compassionate, it is a showcase for the gifts of one of our major writers working at the height of her powers.

Ottessa Moshfegh is a fiction writer from New England. Her first book, McGlue, a novella, won the Fence Modern Prize in Prose and the Believer Book Award. She is also the author of the short story collection Homesick for Another World. Her stories have been published in The Paris Review, The New Yorker, and Granta, and have earned her a Pushcart Prize, an O. Henry Award, the Plimpton Discovery Prize, and a grant from the National Endowment for the Arts. Eileen, her first novel, was shortlisted for the National Book Critics Circle Award and the Man Booker Prize, and won the PEN/Hemingway Award for debut fiction; My Year of Rest and Relaxation, her second novel, was a New York Times bestseller.

"Ottessa Moshfegh is easily the most interesting contemporary American writer on the subject of being alive when being alive feels terrible. She has a freaky and pure way of accessing existential alienation, as if her mind were tapped directly into the sap of some gnarled, secret tree . . . Watching Moshfegh turn her withering attention to the gleaming absurdities of pre-9/11 New York City, an environment where everyone except the narrator seems beset with delusional optimism, horrifically carefree, feels like eating bright, slick candy--candy that might also poison you." -- The New Yorker

"My Year of Rest and Relaxation is a strange, exhilarating triumph . . . Moshfegh writes with a singular wit and clarity that, on its own, would be more than enough. (Her 2015 debut, Eileen, was shortlisted for the Man Booker Prize, and Rest has already been optioned for film by Australian actress Margot Robbie). But the cumulative power of her narrative--and the sharp turn she takes in its last 30 pages--becomes nothing less than a revelation: sad, funny, astonishing, and unforgettable." -- Entertainment Weekly

"When we are recommended a book we usually ask, 'What is it about?' But with Ottessa Moshfegh's My Year of Rest and Relaxation, we ask, 'What isn't it about?' This novel takes on self-hatred, feminism, sexuality, mental health, family, and big pharma--AND it's really f*cking funny. I don't even want to tell you too much because I went in blind, loving Ottessa from her novel Eileen (also worth a read) and found myself hooting and hollering, vibing on a very different tip than her other work put me on. I'm so impressed that just one lady has written all these very special different things. Also, this book cover will have you kissing millennial pink goodbye and walking over to hot pink's corner. About time!" -- Lena Dunham

This free event will take place at Bookshop Santa Cruz. Chairs for open seating are usually set up about an hour before the event begins. If you have any ADA accommodation requests, please e-mail info@bookshopsantacruz.com by July 16th.

My Year of Rest and Relaxation: A Novel (Paperback)