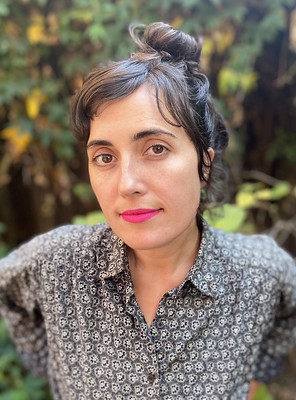 VIRTUAL EVENT: Writer and journalist Omar El Akkad, author of the acclaimed book American War, will be in conversation with Lauren Markham about his new book What Strange Paradise, a beautifully written and profoundly moving novel that brings the global refuge crisis down to the level of a child's eyes.  "It is one thing to put a human face on a migrant crisis and another to do so in so compelling a way that a reader simply cannot put your book down." —Gish Jen, author of The Resisters

More bodies have washed up on the shores of a small island. Another overfilled, ill-equipped, dilapidated ship has sunk under the weight of its too many passengers: Syrians, Ethiopians, Egyptians, Lebanese, Palestinians, all of them desperate to escape untenable lives in their homelands. And only one has made the passage: nine-year-old Amir, a Syrian boy who has the good fortune to fall into the hands not of the officials but of Vänna: a teenage girl, native to the island, who lives inside her own sense of homelessness in a place and among people she has come to disdain. And though she and the boy are complete strangers, though they don't speak a common language, she determines to do whatever it takes to save him.

In alternating chapters, we learn the story of the boy's life and of how he came to be on the boat; and we follow the girl and boy as they make their way toward a vision of safety. But as the novel unfurls we begin to understand that this is not merely the story of two children finding their way through a hostile world, it is the story of our collective moment in this time: of empathy and indifference, of hope and despair—and of the way each of those things can blind us to reality, or guide us to a better one.

OMAR EL AKKAD is an author and a journalist. He has reported from Afghanistan, Guantánamo Bay, and many other locations around the world. His work earned Canada's National Newspaper Award for Investigative Journalism and the Goff Penny Award for young journalists. His writing has appeared in The Guardian, Le Monde, Guernica, GQ, and many other newspapers and magazines. His debut novel, American War, is an international bestseller and has been translated into thirteen languages. It won the Pacific Northwest Booksellers Association Award, the Oregon Book Award for fiction, and the Kobo Emerging Writer Prize, and has been nominated for more than ten other awards. It was listed as one of the best books of the year by The New York Times, The Washington Post, GQ, NPR, and Esquire, and was selected by the BBC as one of 100 Novels That Shaped Our World.

LAUREN MARKHAM is a writer based in California whose work has appeared in outlets such as Guernica, Harper's, Lithub, Best American Travel Writing, The New Republic, The New York Review of Books, The New York Times Magazine, and VQR, where she is a contributing editor. Lauren is the author of The Far Away Brothers: Two Young Migrants and the Making of an American Life, which was awarded the Northern California Book Award, The California Book Award Silver Medal, and the Ridenhour Prize. In addition to writing, she works at a high school for newcomer youth in Oakland, California that she helped found in 2007.

What Strange Paradise: A novel (Hardcover)

The Far Away Brothers: Two Young Migrants and the Making of an American Life (Paperback)