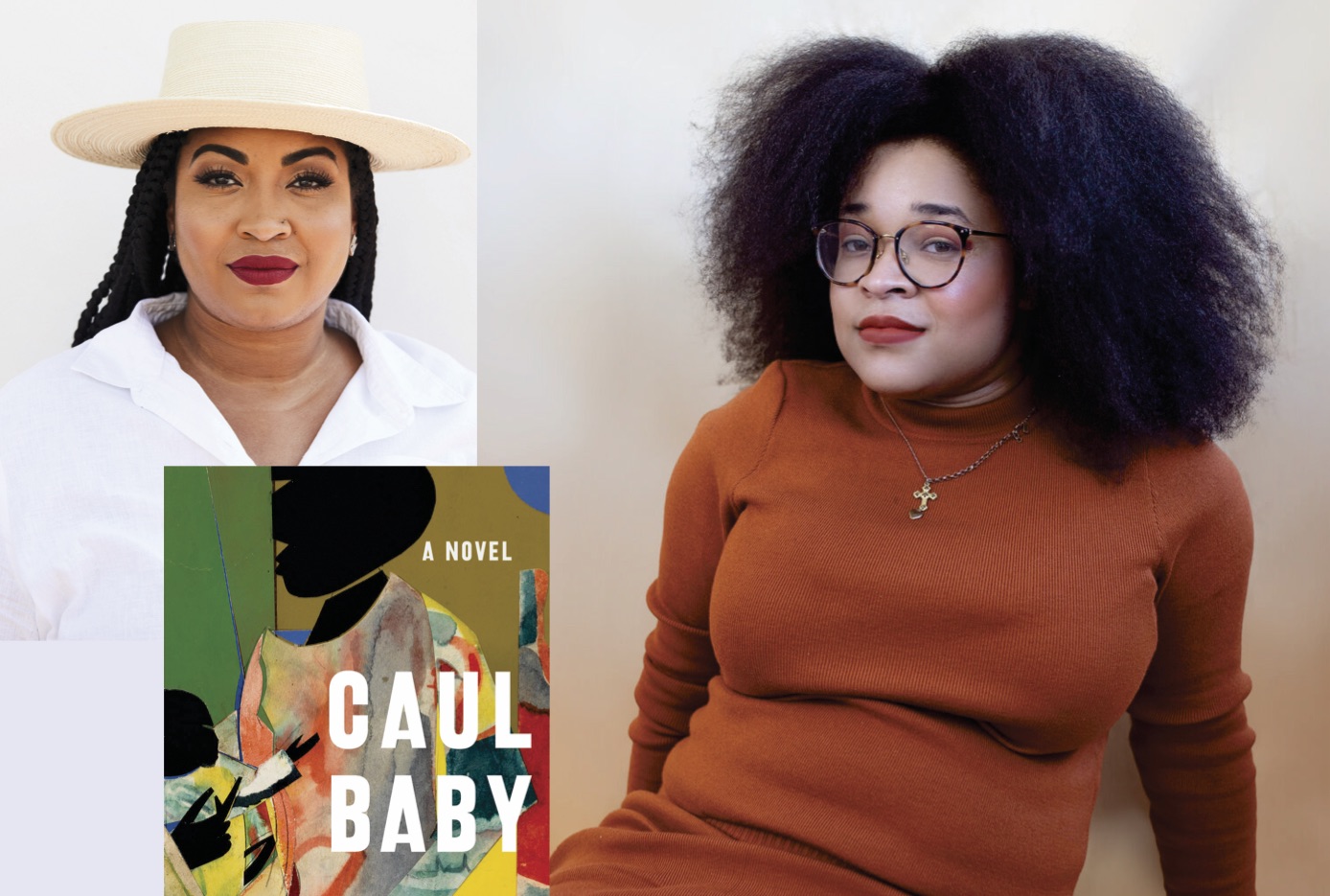 HarperCollins presents New York Times bestselling author Morgan Jerkins for a reading and discussion of her highly-anticipated new novel, Caul Baby. Jerkins will be in conversation with academic, writer, and independent bookstore owner Rachel Cargle at this ticketed event. Following the critical and popular success of her first two books of nonfiction, Jerkins returns with her electrifying fiction debut, Caul Baby, a family saga filled with secrets, betrayal, intrigue, and magic.

“The astounding talent behind nonfiction must-reads This Will Be My Undoing and Wandering in Strange Lands turns to fiction with Caul Baby. . . . An exhilarating tale of family, belonging, and bodies, this promises to be one of the most exciting releases of the year.” — Elle

Desperate to be a mother after her multiple pregnancies ended in heartbreak, Laila turns to the Melancons, an old and powerful Harlem family known for their caul, a precious layer of skin that is the secret source of their healing power. When the deal for Laila to acquire the piece of caul falls through and her child is stillborn, she is overcome with grief and rage. What she doesn’t know is that her family will be forever intertwined with the Melancons when her niece, Amara, an ambitious college student, delivers a baby girl and gives her to the Melancons to raise as one of their own.

The baby, Hallow, is special. She is born with a caul and the Melancons’ matriarch, Maman, believes she will restore the family’s prosperity. Growing up, Hallow is kept sheltered in the Melancons’ decrepit brownstone while her cousin, Helena, is free to roam the streets. As she grows older, Hallow becomes suspicious of the Melancon women, particularly of whether Josephine, the woman she calls mother, really brought her into the world, and of Maman, who only seems to care about Hallow’s caul and the wealth it can bring to the family. As Hallow grows more distrustful of the family, the home itself begins to fall apart.

As the Melancons’ thirst to maintain their status grows, Amara, now a successful lawyer running for district attorney, looks for a way to avenge her longstanding grudge against the family. When Hallow and Amara cross paths, Hallow must decide where her loyalty lies.

Morgan Jerkins is the author of Wandering in Strange Lands and the New York Times bestseller This Will Be My Undoing and a Senior Editor at ZORA. A visiting professor at Columbia University and a Forbes 30 under 30 Leader in Media, Jerkins's short form work has been featured in The New Yorker, The New York Times, The Atlantic, Rolling Stone, ELLE, Esquire, and The Guardian, among many others. She is based in Harlem.

Rachel Cargle is an Akron, Ohio born public academic, writer, and philanthropic innovator. Her upcoming book with The Dial Press, Penguin Random House, I Don’t Want Your Love and Light, examines the intersection of race, feminism, and womanhood and how we are in relationship with ourselves and one another. Rachel is the Founder and President of The Loveland Foundation, Inc., her non-profit offering free therapy to Black women and girls. Rachel recently launched The Great Unlearn, a self-paced, self-priced community utilizing Rachel’s monthly curated social syllabi. As a gift to her younger self, Rachel created Elizabeth’s Bookshop & Writing Centre, currently an online independent bookstore and innovative literacy center designed to amplify, celebrate, and honor the work of writers who are often excluded from traditional cultural, social, and academic canons. Rachel has been featured on TED X and Red Table Talk, is a regular contributor to Harper’s Bazaar and has been featured in The Washington Post, Glamour Magazine UK, Essence magazine, Refinery 29, Forbes and The New Yorker magazine.

Tyrese Coleman is the author of How to Sit, a 2019 Pen Open Book Award finalist published with Mason Jar Press in 2018. She is also the writer of the forthcoming book, Spectacle, with One World, an imprint of Penguin Random House. Writer, wife, mother, attorney, and writing instructor, she is a contributing editor at Split Lip Magazine and occasionally teaches at American University. Her essays and stories have appeared in several publications and noted in Best American Essays and the Pushcart Anthology. She is an alumni of the Writing Program at Johns Hopkins University. Find her at tyresecoleman.com or on twitter @tylachelleco.