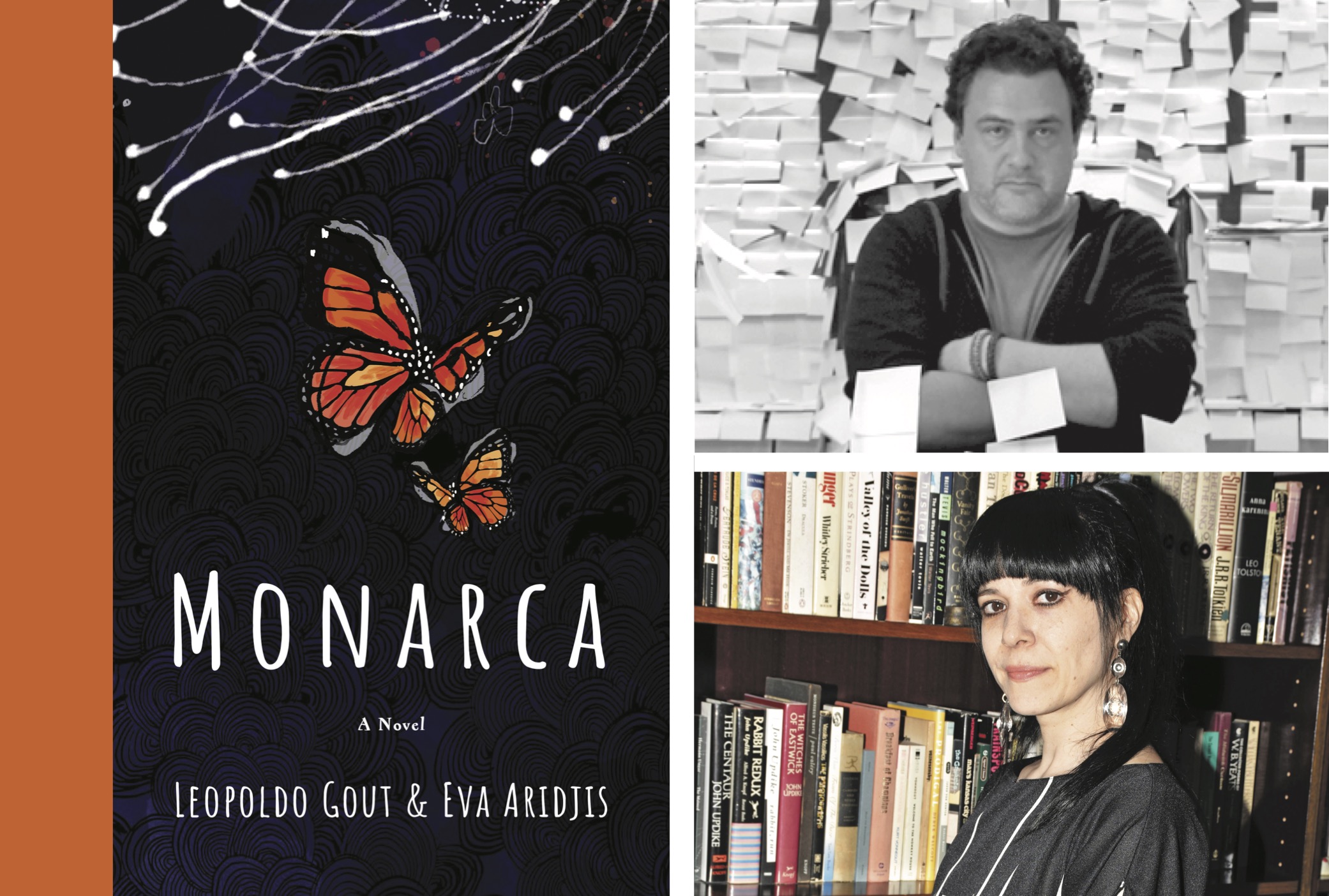 VIRTUAL EVENT: Bookshop welcomes Leopoldo Gout and Eva Aridjis, award-winning artists and filmmakers, for an online discussion of Monarca, their magical illustrated fable about a Mexican-American girl and her mystical bond with the revered monarch butterfly—a book about the love for our planet and heritage, and an environmental call to action! Gout and Aridjis will be in conversation with Martha Nitzberg, Natural Bridges State Beach Lead Interpreter.

“A magical tale about a magical being. MONARCA creates an embodied kinship between humans and animals, showing us when culture and nature bow to one another, empathy can redress despair into devotion. This is a story of hope with wings.” —Terry Tempest Williams, author of Erosion

Watch a recording of this virtual event here! Buy the book below.

On her thirteenth birthday, Inés receives a mysterious necklace from her abuela in Mexico that turns her into a monarch butterfly—the fulfillment of a prophecy linking Inés’s destiny to her family’s legacy and the butterflies’ survival.

The adventure continues as Inés joins the monarchs on their long journey south to the butterfly sanctuary in Mexico—an odyssey that has become increasingly perilous due to human activity. Together, the swarm travels from the northeast to the swamps of Louisiana to the pine-filled mountain tops of the western Sierra Madre, finally alighting at the Sierra Chincua sanctuary. On this wondrous journey in the vein of Jonathan Livingston Seagull and The Little Prince, Inés discovers the connections between all living beings, and the urgent need to protect the monarchs' migration and habitats.

Divided into four chapters to mirror the four stages in a monarch’s life—egg, larva, pupa and butterfly— MONARCA blends Mexican folklore, environmentalism, and magical realism in an enchanting novella. Illustrated with stunning full-color drawings by Leopoldo Gout, this book will inspire readers to protect and cherish the sacred natural world around them.

Born in Mexico City, Leopoldo Gout is a visual artist, award-winning author, filmmaker, and producer. A graduate of Central Saint Martins School of Art in London, he has written, packaged, published, and developed books for more than a decade, and was the head of his own imprint, Leopoldo & Co, at Atria/Simon & Schuster. He has produced award-winning films and television series, including Molly’s Game, American Jesus, and Jeffrey Epstein: Filthy Rich, and the forthcoming Get Millie Black (with novelist Marlon James for HBO/Channel 4) among others, and was co-president of the James Patterson Entertainment company for many years. He lives in New York City. For more information go to http://www.leopoldogout.net/.

Eva Aridjis is a Mexican-American filmmaker and writer. She wrote and directed the narrative features The Favor and The Blue Eyes and the documentary features Children of the Street, La Santa Muerte, Chuy The Wolf Man, and Goodbye Horses: The Many Lives of Q Lazzarus. She also wrote on Narcos: Mexico. Her award-winning films have screened at festivals around the world and have been nominated for Mexican Academy Awards. Eva is the daughter of Mexican poet and environmentalist Homero Aridjis, whose activism led to the creation of the monarch butterfly sanctuaries in Michoacán. For more information go to http://www.evaaridjis.com/.