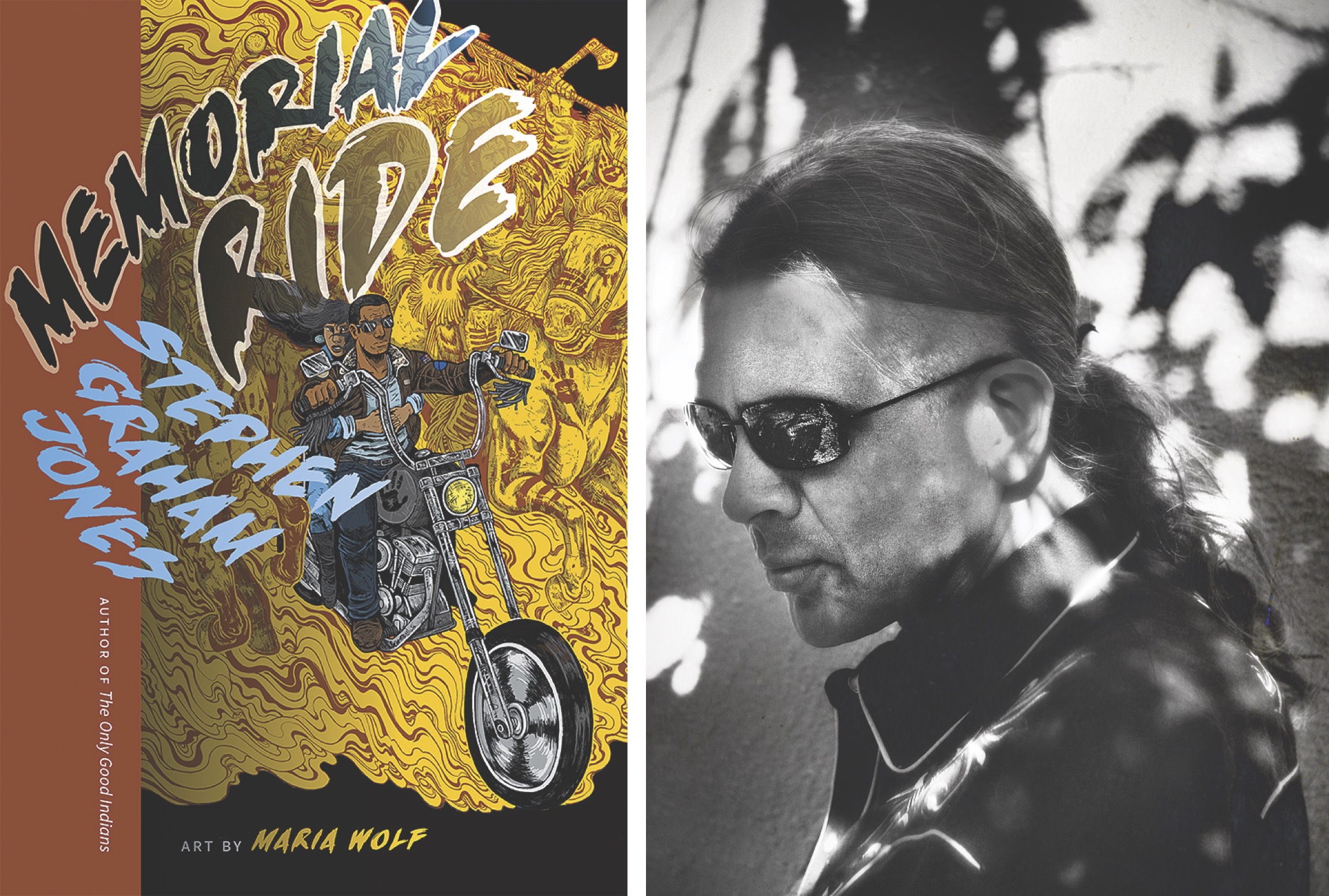 "Masterfully layering the American Western, Manifest Destiny, and the myth of the American Indian into graphic literature, Stephen Graham Jones rattles our understanding of what it's like to be a Native American today in the United States with a never-before-seen literary Panavision and in Technicolor.” —Ito Romo

Memorial Ride is a high-speed, ragtag chase across the American Southwest. Cooper Town, an American Indian soldier, has returned from the Middle East to attend his father's funeral, make some quick cash off his father's old Harley, and spend a whirlwind weekend with his girlfriend, Sheri Mun. However, when Coop runs afoul of the violent John Wayne gang, he and Sheri Mun have no choice but to twist the throttle back on that storied chopper and make tracks. In the spirit of Billy Jean, but fully aware of Billy Jack, Coop and Sheri Mun's race to survive is full speed ahead with many potholes in their path. Turning the traditional Western on its head, Memorial Ride recasts the genre as a road movie. It's raucous, it's violent, and, scarily enough, it might even be true. In short, this graphic novel delivers the storytelling prowess of Stephen Graham Jones through Maria Wolf's artwork, and the result is a ride you'll want to take again and again.

Stephen Graham Jones is the author of thirty or so books, most recently My Heart Is a Chainsaw, The Only Good Indians, Night of the Mannequins, Mongrels, and Mapping the Interior. Originally from Midland, Texas, Jones now lives in Boulder, Colorado.

Maria Wolf is a Native American graphic artist and designer who describes herself as a short, crazy, and hilarious artist, slowly making it to the professional world of concept art, comic books, and illustration. She is from Chicago, Illinois.