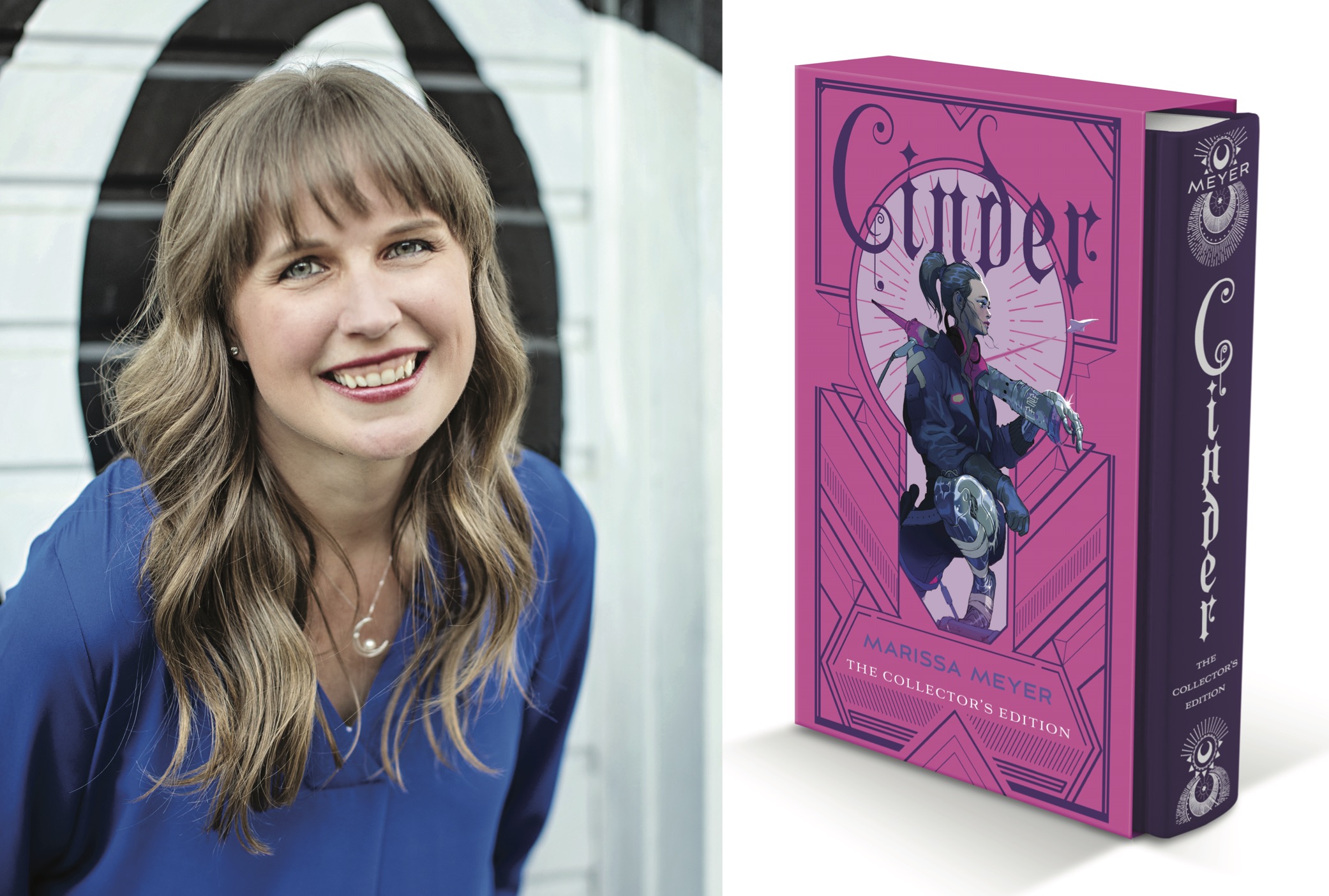 FREE VIRTUAL EVENT: Join us for an evening of out-of-this-world fun with bestselling author Marissa Meyer as we celebrate the 10th anniversary of CINDER! This live virtual event will feature a book discussion, audience bingo, interactive polls, and more. Keep an eye out for upcoming social media competitions such as cosplay and fan art, as we build up the excitement for this anniversary release!

Submit your fan art here! Submit your Cinder fan art for a chance to be featured on-screen during the live virtual event with Marissa Meyer!

Click here to generate your unique bingo card for the event

The first book in the #1 New York Times- and USA Today-bestselling Lunar Chronicles series by Marissa Meyer like you've never seen it before, now with new cover art! See where the futuristic YA fairytale saga all began, with the tale of a teenage cyborg who must fight for Earth's survival against villains from outer space.

Humans and androids crowd the raucous streets of New Beijing. A deadly plague ravages the population. From space, a ruthless lunar people watch, waiting to make their move. No one knows that Earth's fate hinges on one girl. . . .

Cinder, a gifted mechanic, is a cyborg. She's a second-class citizen with a mysterious past, reviled by her stepmother and blamed for her stepsister's illness. But when her life becomes intertwined with the handsome Prince Kai's, she suddenly finds herself at the center of an intergalactic struggle, and a forbidden attraction. Caught between duty and freedom, loyalty and betrayal, she must uncover secrets about her past in order to protect her world's future.

With high-stakes action and a smart, resourceful heroine, Cinder is a Cinderella retelling that is at once classic and strikingly original.

Marissa Meyer is the #1 New York Times-bestselling author of The Renegades Trilogy, The Lunar Chronicles series, as well as the graphic novels Wires and Nerve: Vol. 1 and Wires and Nerve, Vol. 2: Gone Rogue, and The Lunar Chronicles Coloring Book. Her first standalone novel, Heartless, was also a #1 New York Times bestseller. She lives in Tacoma, Washington, with her husband and their two daughters.

Cinder Collector's Edition: Book One of the Lunar Chronicles (Hardcover)