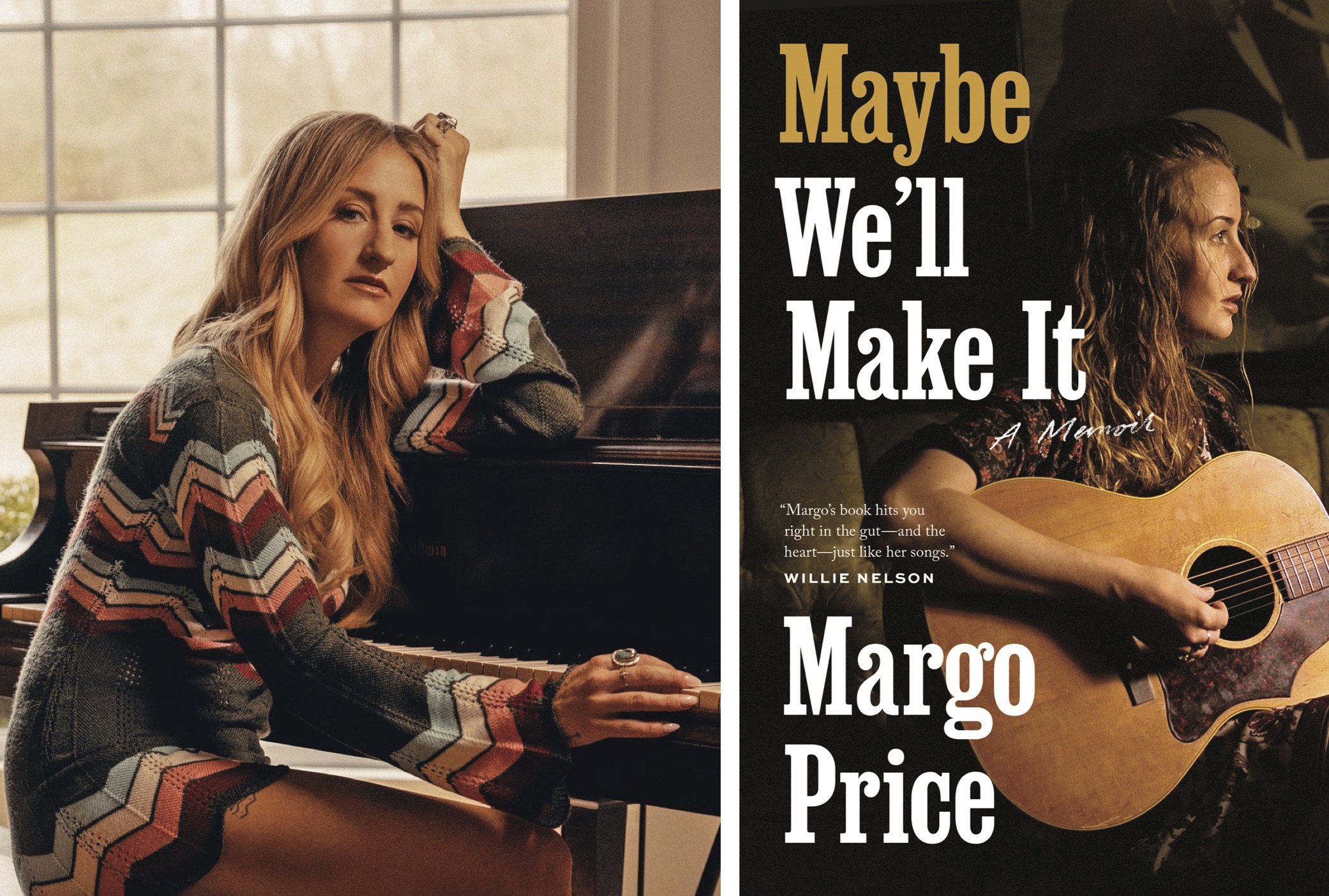 IN-PERSON EVENT: Bookshop welcomes country music star Margo Price for a reading and signing of her new memoir, Maybe We'll Make It.  Price shares the story of her struggle to make it in an industry that preys on its ingenues while trying to move on from devastating personal tragedies.

"Margo’s beautifully captured story pulled me in from the start. She’s my musical sister, and I loved this book." —Lucinda Williams

When Margo Price was nineteen years old, she dropped out of college and moved to Nashville to become a musician. She busked on the street, played open mics, and even threw out her TV so that she would do nothing but write songs. She met Jeremy Ivey, a fellow musician who would become her closest collaborator and her husband. But after working on their craft for more than a decade, Price and Ivey had no label, no band, and plenty of heartache.

Maybe We'll Make It is a memoir of loss, motherhood, and the search for artistic freedom in the midst of the agony experienced by so many aspiring musicians: bad gigs and long tours, rejection and sexual harassment, too much drinking and barely enough money to live on. Price, though, refused to break, and turned her lowest moments into the classic country songs that eventually comprised the debut album that launched her career. In the authentic voice hailed by Pitchfork for tackling "Steinbeck-sized issues with no-bullshit humility," Price shares the stories that became songs, and the small acts of love and camaraderie it takes to survive in a music industry that is often unkind to women. Now a Grammy-nominated "Best New Artist," Price tells a love story of music, collaboration, and the struggle to build a career while trying to maintain her singular voice and style.

Margo Price is a Nashville-based singer-songwriter. She has released three LPs, earned a Grammy nomination for Best New Artist, and performed on Saturday Night Live, and is the first female musician to sit on the board of Farm Aid.