An Evening with Malcolm Gladwell: Talking to Strangers 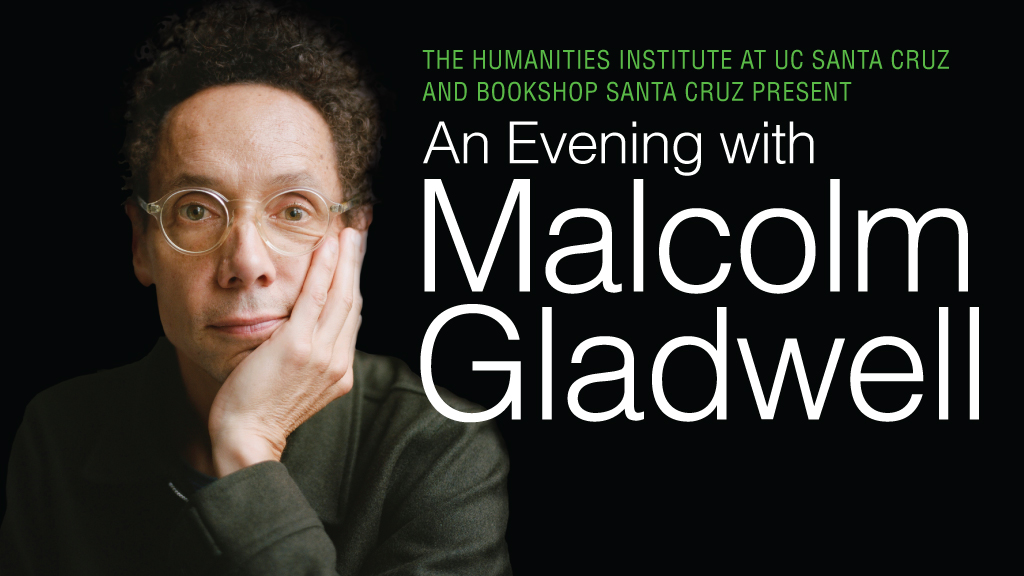 The Humanities Institute at UC Santa Cruz, in partnership with Bookshop Santa Cruz, are delighted to present an evening with Malcolm Gladwell for the hardcover tour of Talking to Strangers, Saturday, September 21st at 7:00 p.m. at San Mateo Performing Arts Center (600 N. Delaware St., San Mateo, CA). Tickets are $40 (plus applicable fees) and include entry to the event plus one copy of Talking to Strangers with a signed bookplate, to be picked up at the venue the day of the event. Tickets available now at Brown Paper Tickets.

Malcolm Gladwell’s books have become cultural touchstones. In each of his #1 New York Times bestsellers, The Tipping Point, Blink, Outliers, and David and Goliath, he has revealed surprising new concepts about human nature and psychology—often changing the way we think.

In his first new book in six years, Talking to Strangers: What We Should Know about the People We Don’t Know, Gladwell offers an incisive and powerful examination of our interactions with strangers—and why they often go so terribly wrong. Probing the headlines around Bernie Madoff, Amanda Knox, Sylvia Plath, Jerry Sandusky, Sandra Bland and Neville Chamberlain’s interactions with Hitler, he throws into doubt our conception of these stories and makes the case that something is very wrong with the tools and strategies we use to make sense of people we don’t know. With the brilliantly engaging storytelling and razor-sharp observations we’ve come to expect from him, Malcolm Gladwell has written a gripping guidebook that helps make sense of our troubled times.

About the Author: Malcolm Gladwell is the author of five international bestsellers: The Tipping Point, Blink, Outliers, What the Dog Saw, and David and Goliath. He is the host of the podcast "Revisionist History," co-host of the music podcast "Broken Record," and a staff writer at The New Yorker. He was named one of the 100 most influential people by Time magazine.