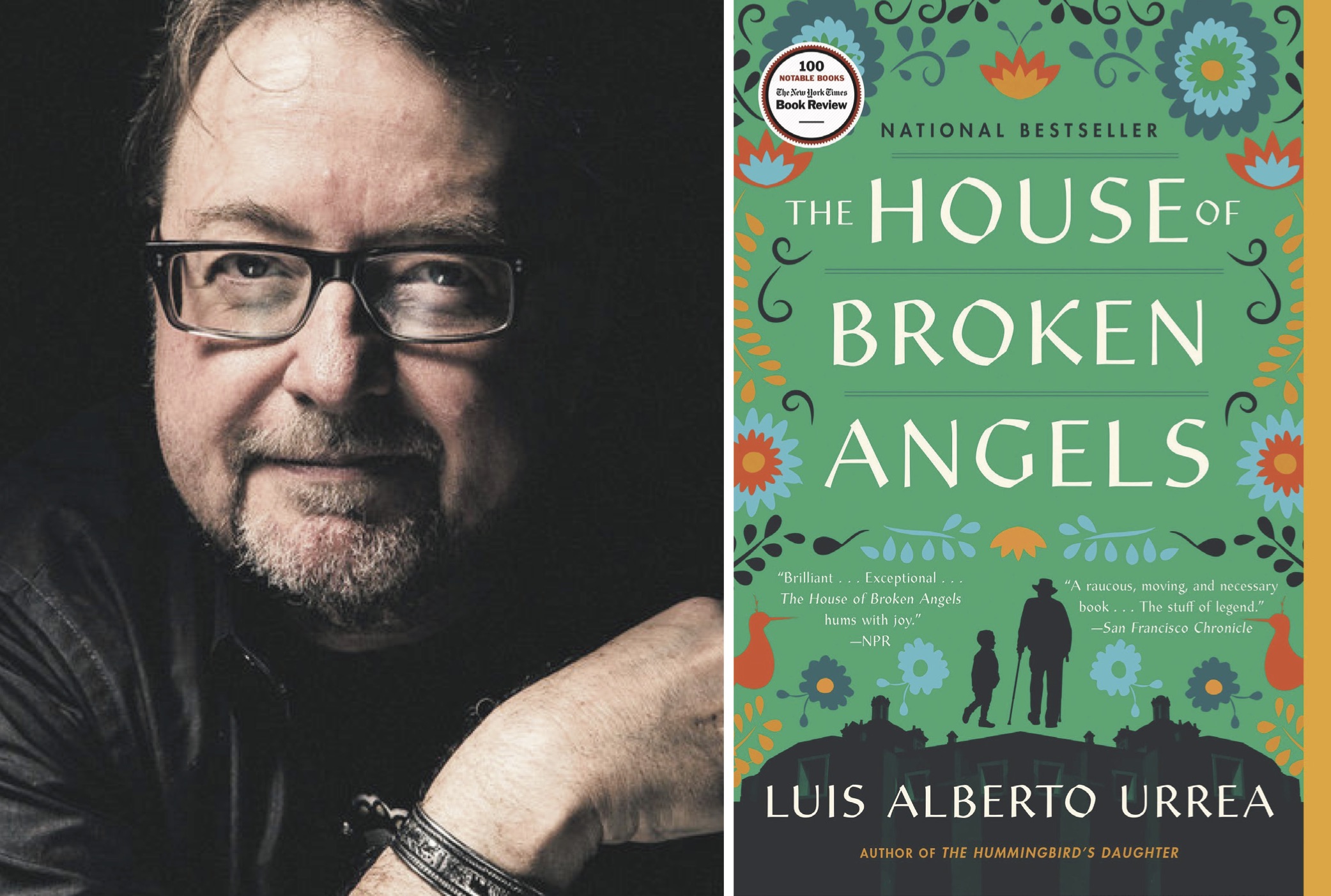 Bookshop Santa Cruz is thrilled to welcome back Luis Alberto Urrea for the paperback tour of his massively successful novel, House of Broken Angels. In his final days, beloved and ailing patriarch Miguel Angel de La Cruz, affectionately called Big Angel, has summoned his entire clan for one last legendary birthday party. But as the party approaches, his mother, nearly one hundred, dies herself, leading to a farewell doubleheader in a single weekend. Among the guests is Big Angel's half brother, known as Little Angel, who must reckon with the truth that although he shares a father with his siblings, he has not, as a half gringo, shared a life.

A finalist for the Pulitzer Prize for his landmark work of nonficiton The Devil's Highway, Luis Alberto Urrea is also the bestselling author of the novels The Hummingbird's Daughter, Into the Beautiful North, and Queen of America, as well as the story collection The Water Museum, a PEN/Faulkner Award finalist. He has won the Lannan Literary Award, an Edgar Award, and a 2017 American Academy of Arts and Letters Award in Literature, among many other honors. Born in Tijuana to a Mexican father and American mother, he lives outside of Chicago and teaches at the University of Illinois-Chicago.

"Luis Alberto Urrea is a master storyteller, and he delivers a masterwork with The House of Broken Angels. Stories spin on stories. There are lives intimately depicted and fully realized; losses redeemed by love; a dazzling display of narrative fireworks, each little scene a gem; and larger-than-life characters across two borders who cross all borders and become ours. We enter this house of broken angels, and through the magical power of Urrea's writing, we become healed and whole. And we laugh and tear up and shake our heads in wonder all the way to the ending of a book we don't want to end. Urrea delivers on every page. ¡Dios santo! What a storyteller! Bless his capacious heart!"-- Julia Alvarez, author of How the Garcia Girls Lost Their Accents

" Epic . . . Rambunctious . . . Highly entertaining . . . Sorrowful and funny . . . Cheerfully profane . . . The quips and jokes come fast through a poignant novel that is very much about time itself . . . A powerful rendering of a Mexican-American family that is also an American family."-- Viet Thanh Nguyen, New York Times Book Review

"This, the most personal book by the great American novelist Luis Alberto Urrea, is one of the most vivid and engrossing family epics of the last twenty years."-- Dave Eggers, National Book Award finalist and New York Times bestselling author of The Circle

This free event will take place at Bookshop Santa Cruz. Chairs for open seating are usually set up about an hour before the event begins. If you have any ADA accommodation requests, please email info@bookshopsantacruz.com by March 24th.

The House of Broken Angels (Paperback)