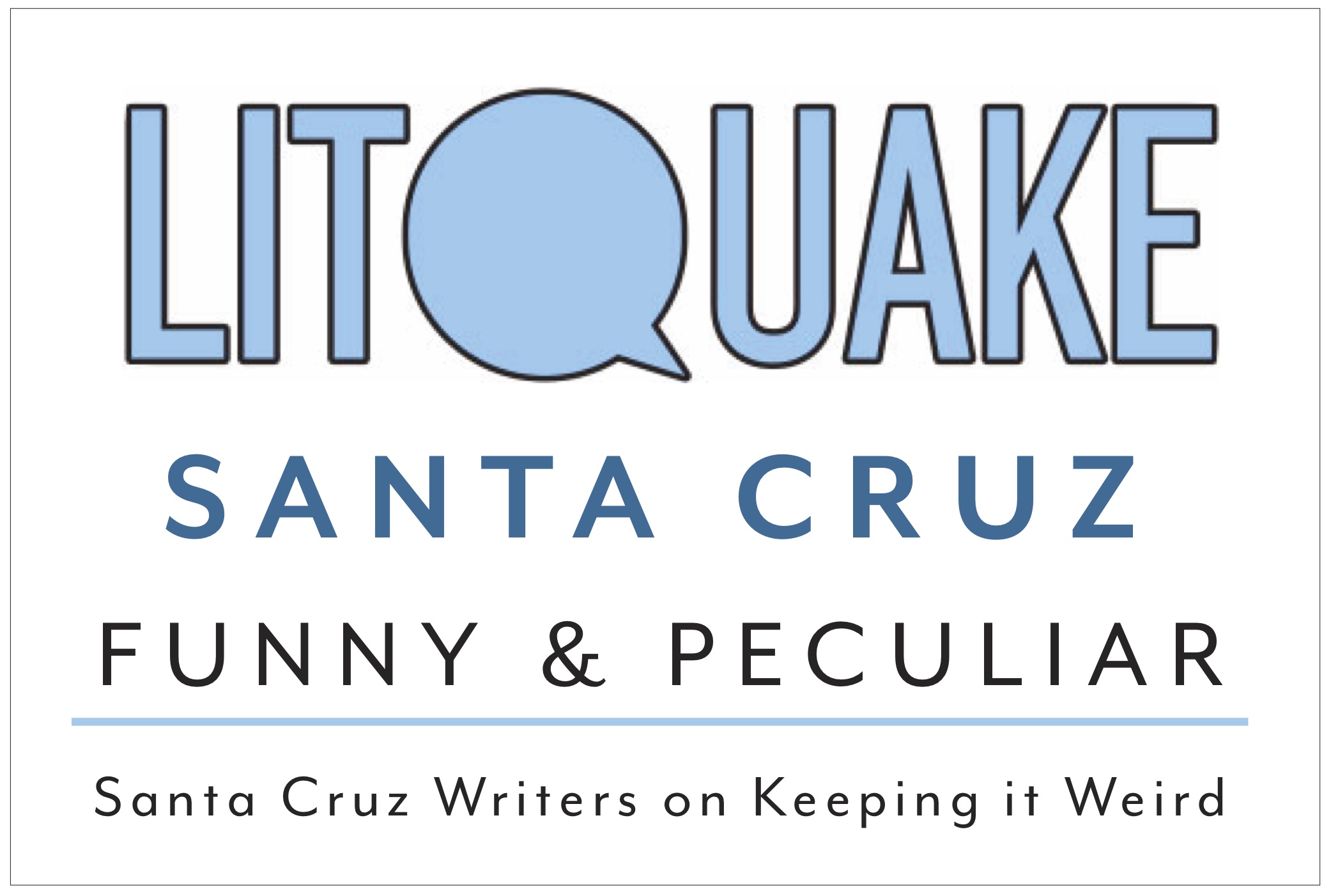 It’s 2019 and it seems like things couldn’t get any stranger. What better time to mine the oddities of life with noted writers Elizabeth  McKenzie, Micah Perks, Peggy Townsend, Liza Monroy and Wallace Baine? Moderated by Dan White and Amy Ettinger. This event is co-presented by The Humanities Institute at UC Santa Cruz.

In honor of Litquake's 20th anniversary in 2019, the festival is holding 20 events in 20 cities nationwide - including this Santa Cruz event! Read more about Litquake, celebrating it's 20th Anniversary, here.

Micah Perks is the author of four books, most recently a book of linked short stories, True Love and Other Dreams of Miraculous Escape and the novel What Becomes Us, winner of an Independent Publisher’s Book Award and named one of the Top Ten Books about the Apocalypse by The Guardian. Her short stories and essays have appeared in Epoch, Zyzzyva, Tin House, and The Rumpus, amongst many journals and anthologies. She has won an NEA, five Pushcart Prize nominations, residencies at MacDowell and Blue Mountain Center, and the New Guard Machigonne 2014 Fiction Prize. She received her BA and MFA from Cornell University and now lives with her family in Santa Cruz where she co-directs the creative writing program at UCSC.

Wallace Baine is an award-winning journalist and arts writer who regularly contributes to Santa Cruz Good Times, Metro Silicon Valley and the San Francisco Chronicle.  His work has been syndicated in newspapers nationwide and his fiction has appeared in the Catamaran Literary Reader, the Chicago Quarterly Review, and as part of the Santa Cruz Noir collection of short stories. His most recent book is a history of Bookshop Santa Cruz called A Light in the Midst of Darkness.

Peggy Townsend is an award-winning newspaper journalist and author of the bestselling 2018 mystery novel, See Her Run and its follow-up, The Thin Edge, both published by Thomas &  Mercer. As a reporter, she has covered serial killers, murder trials and once chased an escaped murderer through a graveyard at midnight. When she isn’t outdoors, she’s either writing magazine profiles for UC Santa Cruz or working on her third novel. She divides her time between Santa Cruz and Lake Tahoe.

Liza Monroy is the author of three books: the novel Mexican High, the memoir The Marriage Act: The Risk I Took To Keep My Best Friend in America and What It Taught Us About Love, and the essay collection Seeing As Your Shoes Are Soon To Be On Fire. Her writing has appeared in The New York Times, the LA Times, The Washington Post, O, Marie Claire, Jezebel, Catamaran, and other publications. One of her columns for the New York Times' "Modern Love" will appear in this fall's anthology of the "most popular and unforgettable essays" of the series. She teaches writing at UC Santa Cruz and lives downtown with her husband, two tiny humans, a pug and unruly potbellied pig Señor Bacon. Currently, she is writing her second novel, a dark comedy of technology and obsession.