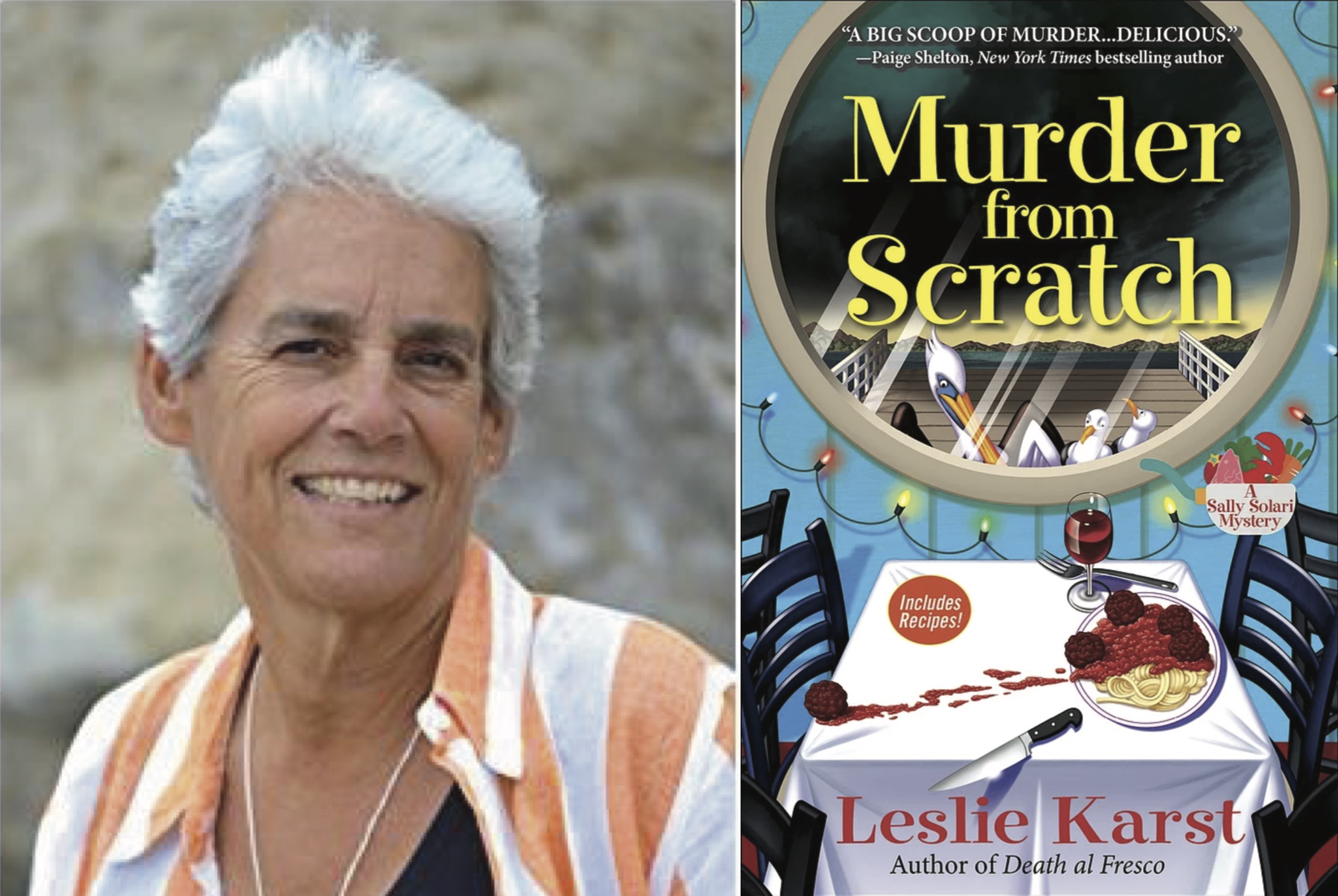 Bookshop Santa Cruz is pleased to welcome back Leslie Karst with her latest book in the Sally Solari series, Murder from Scratch. Restaurateur Sally Solari's cousin Evelyn may be blind, but she can see all too clearly that her chef mother's death wasn't an accidental overdose--she was murdered.

Santa Cruz restaurateur Sally Solari's life is already boiling over as she deals with irate cooks and other staffing issues at the busy Gauguin restaurant. The rainy December weather isn't cooling things down, either. So she's steamed when her dad persuades her to take in Evelyn, her estranged blind cousin whose mother has just died of a drug overdose.

But Evelyn proves to be lots of fun and she's a terrific cook. Back at the house she'd shared with her mom, Evelyn's heightened sense of touch tells her that various objects--a bottle of cranberry juice, her grandfather's jazz records--are out of place. She and her mom always kept things in the same place so Evelyn could find them. So she suspects that her mother's death was neither accident nor suicide, no matter what the police believe.

The cousins' sleuthing takes Sally and Evelyn into the world of macho commercial kitchens, and the cutthroat competitiveness that can flame up between chefs. In Leslie Karst's scrumptious fourth Sally Solari mystery, Sally will have to chop a long list of suspects down to size or end up getting burned.

Leslie Karst has degrees in English literature, law, and culinary arts. After graduating from Stanford Law School, she worked for twenty years as a research and appellate attorney before retiring. Karst now splits her time between Santa Cruz, CA, and Hilo, HI, passing the days cooking, gardening, cycling, singing alto in the local community chorus, and of course writing.

This free event will take place at Bookshop Santa Cruz. Chairs for open seating are usually set up about an hour before the event begins. If you have any ADA accommodation requests, please e-mail info@bookshopsantacruz.com by May 7th, 2019.