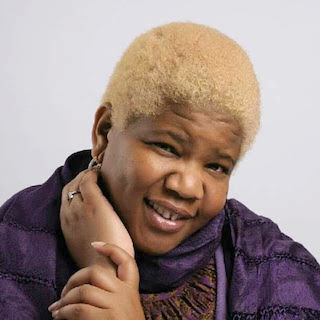 IN-PERSON EVENT:  Bookshop welcomes Bay Area author and 2018 Oakland Youth Poet Laureate Leila Mottley for a discussion of her highly-acclaimed debut Nightcrawling—a dazzling novel about a young Black woman who walks the streets of Oakland and stumbles headlong into the failure of its justice system. Mottley will be in conversation with Stephanie Milton. Nightcrawling is recommended by our staff, has received multiple starred reviews, is an instant New York Times bestseller, and was just chosen as an Oprah Book Club selection!

Please note that pre-registration has reached maximum capacity so we're expecting a big crowd for this event! If you did not pre-register for the event, don't worry—there may still be room at the event; some standing overflow areas are available in the store, and guests who are pre-registered who do not check in by the time the event starts will forfeit their seats. Thank you for your support!

This event is cosponsored by NAACP Santa Cruz County and the UC Santa Cruz Women's Center.

"Bold and beautiful . . . This heartrending story makes for a powerful testament to a Black woman's resilience
—Publishers Weekly (starred)

Please note: This event was originally scheduled for June 30th, then rescheduled to July 28th; however, the publisher has needed to reschedule once more for August 23rd at 7:00pm.

Kiara and her brother, Marcus, are scraping by in an East Oakland apartment complex optimistically called the Regal-Hi. Both have dropped out of high school, their family fractured by death and prison. But while Marcus clings to his dream of rap stardom, Kiara hunts for work to pay their rent--which has more than doubled--and to keep the nine-year-old boy next door, abandoned by his mother, safe and fed.

One night, what begins as a drunken misunderstanding with a stranger turns into the job Kiara never imagined wanting but now desperately needs: nightcrawling. Her world breaks open even further when her name surfaces in an investigation that exposes her as a key witness in a massive scandal within the Oakland Police Department.

Rich with raw beauty, electrifying intensity, and piercing vulnerability, Nightcrawling marks the stunning arrival of a voice unlike any we have heard before.

Leila Mottley is the 2018 Oakland Youth Poet Laureate. Her work has been featured in The New York Times and Oprah Daily. She was born and raised in Oakland, where she continues to live. Nightcrawling is her first novel.

Stephanie Milton is the Interim Director at The Womxn's Center at UC Santa Cruz. She believes that intentional listening and radical acceptance are key to transformative embodied experiences.