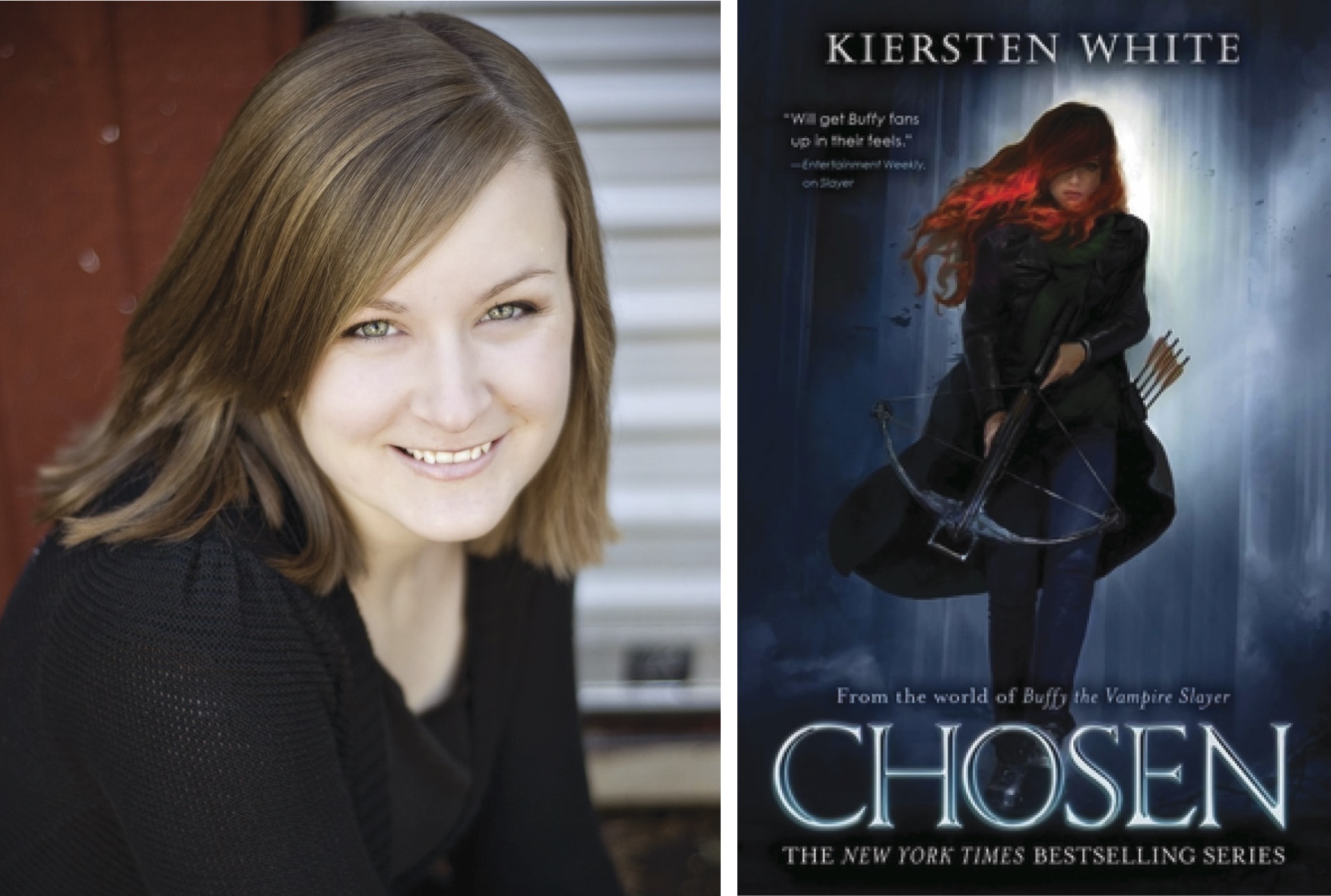 Bookshop Santa Cruz welcomes bestselling YA author Kiersten White who will share her new book, Chosen. Nina continues to learn how to use her slayer powers against enemies old and new in this second novel in the New York Times bestselling series set in the world of Buffy the Vampire Slayer. Kiersten White will be in conversation with Michael Chemers, Professor of Dramatic Literature in the Department of Theater Arts at UC Santa Cruz.

Now that Nina has turned the Watcher's Castle into a utopia for hurt and lonely demons, she's still waiting for the utopia part to kick in. With her sister Artemis gone and only a few people remaining at the castle--including her still-distant mother--Nina has her hands full. Plus, though she gained back her Slayer powers from Leo, they're not feeling quite right after being held by the seriously evil succubus Eve, a.k.a. fake Watcher's Council member and Leo's mom.

And while Nina is dealing with the darkness inside, there's also a new threat on the outside, portended by an odd triangle symbol that seems to be popping up everywhere, in connection with Sean's demon drug ring as well as someone a bit closer to home. Because one near-apocalypse just isn't enough, right?

The darkness always finds you. And once again, it's coming for the Slayer.

Kiersten White is the New York Times bestselling author of many books for teens and young readers, including And I Darken, Now I Rise, Bright We Burn, The Dark Descent of Elizabeth Frankenstein, and Slayer. She lives with her family near the ocean in San Diego, where she perpetually lurks in the shadows. Visit Kiersten online at KierstenWhite.com and follow @KierstenWhite on Twitter.

Michael M. Chemers is a Professor of Dramatic Literature in the Department of Theater Arts at UC Santa Cruz. He is the author of The Monster in Theatre History: This Thing of Darkness, Ghost Light: An Introductory Handbook for Dramaturgy, and Staging Stigma: A Critical Examination of the American Freak Show. He has wanted to run away with various circuses since he was six years old.

If you have any ADA accommodation requests, please email info@bookshopsantacruz.com by January 8th.