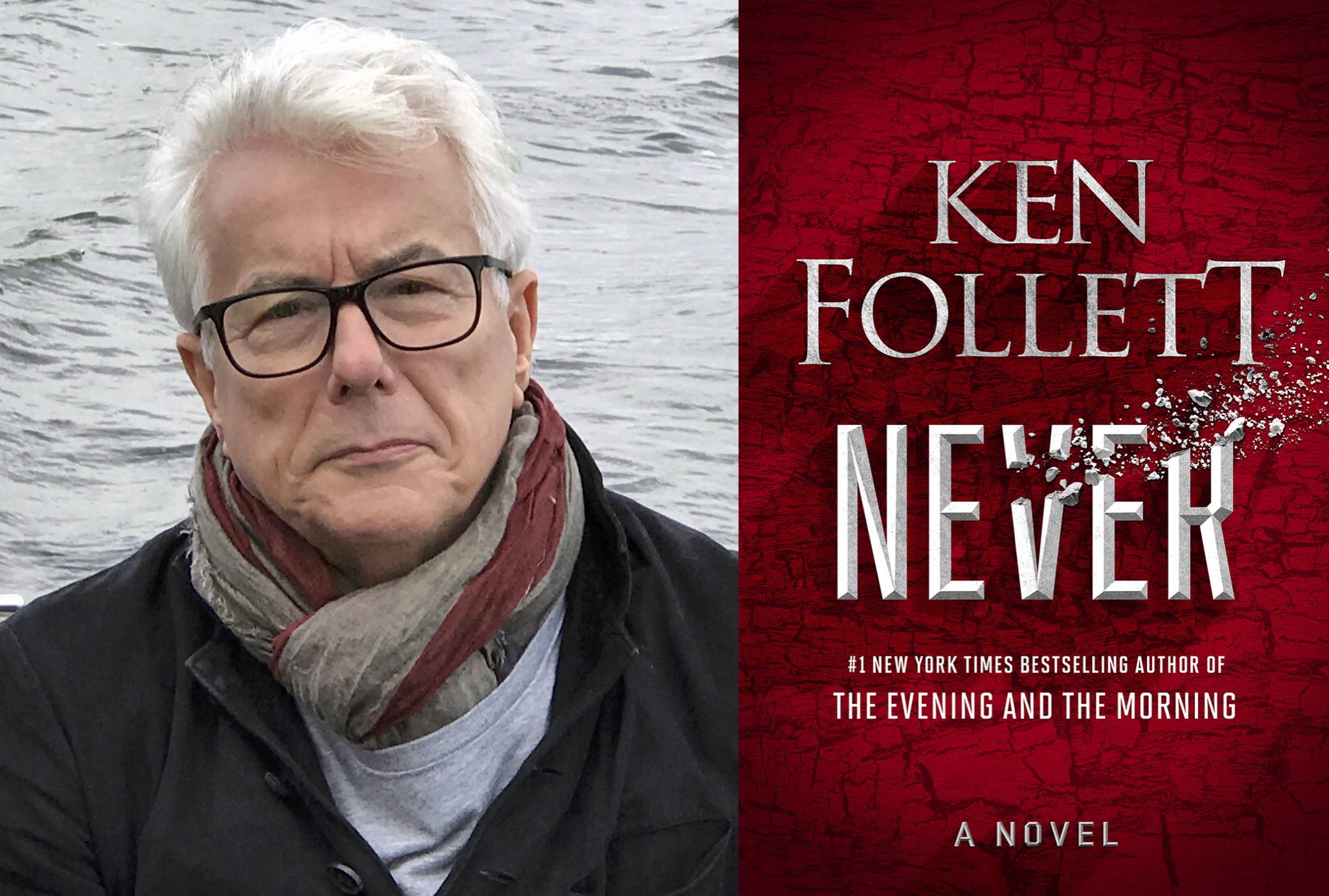 Click here for your tickets to this special virtual event! Ticket packages include a hardcover copy of Never!

A shrinking oasis in the Sahara Desert; a stolen US Army drone; an uninhabited Japanese island; and one country's secret stash of deadly chemical poisons: all these play roles in a relentlessly escalating crisis. Struggling to prevent the outbreak of world war are a young woman intelligence officer; a spy working undercover with jihadists; a brilliant Chinese spymaster; and Pauline herself, beleaguered by a populist rival for the next president election. Never is an extraordinary novel, full of heroines and villains, false prophets and elite warriors, jaded politicians and opportunistic revolutionaries. It brims with cautionary wisdom for our times, and a delivers a visceral, heart-pounding read that transports readers to the brink of the unimaginable.

Ken Follett is one of the world's best-loved authors, selling more than 178 million copies of his thirty-six books. Follett's first bestseller was Eye of the Needle, a spy story set in the Second World War. In 1989, The Pillars of the Earth was published and has since become Follett's most popular novel. It reached number one on bestseller lists around the world and was an Oprah's Book Club pick. Its sequels, World Without End and A Column of Fire, proved equally popular, and the Kingsbridge series has sold more than forty-seven million copies worldwide. Follett lives in Hertfordshire, England, with his wife, Barbara. Between them they have five children, six grandchildren, and two Labradors.

The Right Honourable Baroness Catherine Ashton served as the European Union's first High Representative for Foreign Affairs and Security Policy from 2009 to 2014. She earned wide praise as a negotiator, leading the P5+1 talks on Iran’s nuclear program and galvanizing agreement between Serbia and Kosovo. Previously, Baroness Ashton served as the first woman Commissioner for Trade in the European Commission and the first woman British European Commissioner. A Life Peer in the British House of Lords, she is a former nominee for the Nobel Peace Prize, among other accolades. She served as a Distinguished Fellow at the Wilson Center in 2017.