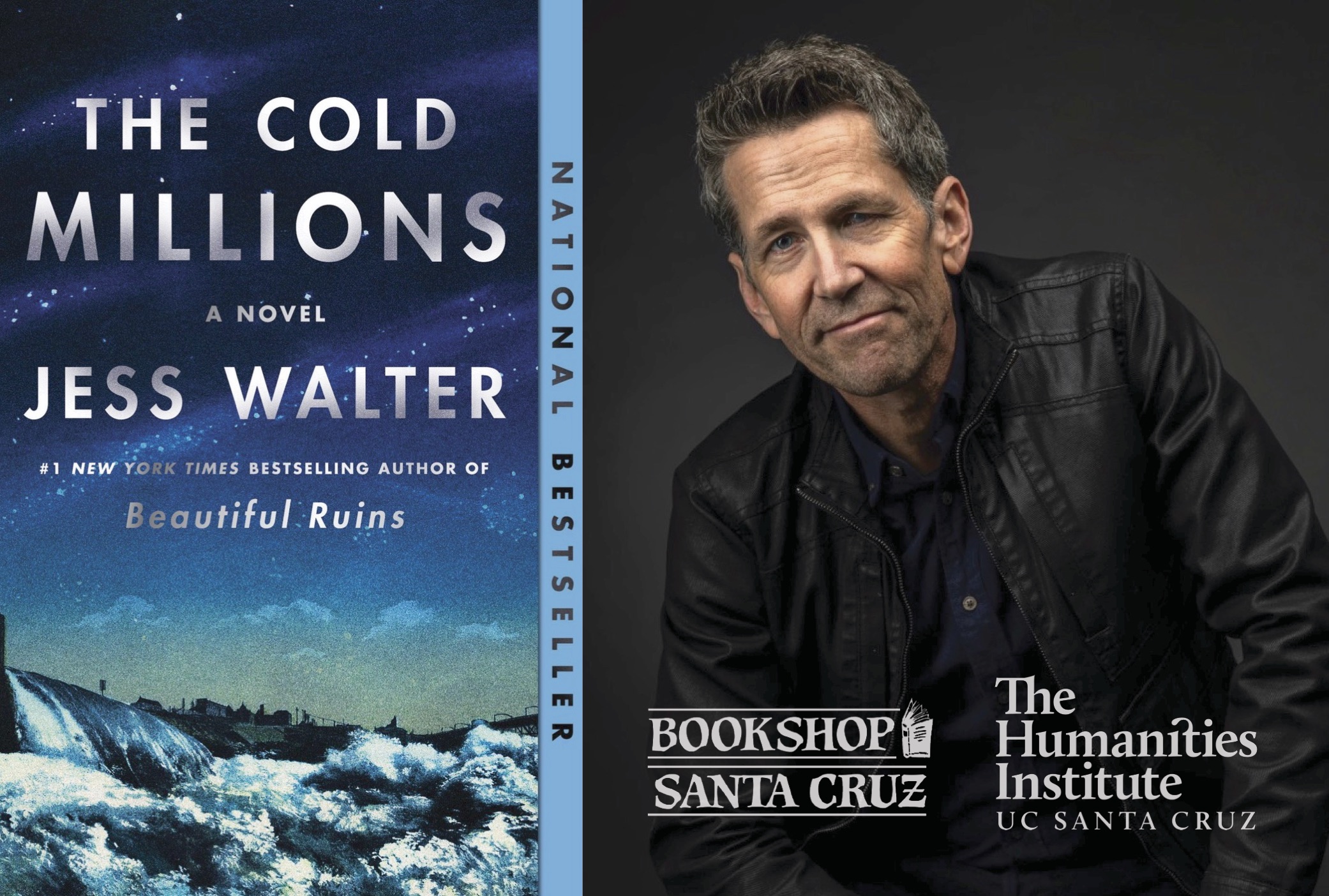 VIRTUAL EVENT: Award-winning author Jess Walter will join us online for a discussion of his bestselling novel The Cold Millions (available in paperback on September 28th). Walter will be in conversation with acclaimed local writer Karen Joy Fowler. Cosponsored by The Humanities Institute at UC Santa Cruz.

“The Cold Millions is a literary unicorn: a book about socio-economic disparity that’s also a page-turner, a postmodern experiment that reads like a potboiler, and a beautiful, lyric hymn to the power of social unrest in American history. It’s funny and harrowing, sweet and violent, innocent and experienced; it walks a dozen tightropes. Jess Walter is a national treasure.” —Anthony Doerr, author of All the Light We Cannot See

The paperback edition of The Cold Millions will be published on September 28th and can be preordered below.

The Dolans live by their wits, jumping freight trains and lining up for day work at crooked job agencies. While sixteen-year-old Rye yearns for a steady job and a home, his older brother, Gig, dreams of a better world, fighting alongside other union men for fair pay and decent treatment. Enter Ursula the Great, a vaudeville singer who performs with a live cougar and introduces the brothers to a far more dangerous creature: a mining magnate determined to keep his wealth and his hold on Ursula.

Dubious of Gig’s idealism, Rye finds himself drawn to a fearless nineteen-year-old activist and feminist named Elizabeth Gurley Flynn. But a storm is coming, threatening to overwhelm them all, and Rye will be forced to decide where he stands. Is it enough to win the occasional battle, even if you cannot win the war?

An intimate story of brotherhood, love, sacrifice, and betrayal set against the panoramic backdrop of an early twentieth-century America, The Cold Millions offers a kaleidoscopic portrait of a nation grappling with the chasm between rich and poor, between harsh realities and simple dreams.

Jess Walter is the author of the number one New York Times bestseller Beautiful Ruins, the national bestseller The Financial Lives of the Poets, the National Book Award finalist The Zero, the Edgar Award–winning Citizen Vince, Land of the Blind, the New York Times Notable Book Over Tumbled Graves, and the story collection We Live in Water. He lives in Spokane, Washington, with his family.

Karen Joy Fowler is the author of three short story collections and six novels including We Are All Completely Beside Ourselves, winner of the PEN/Faulkner Award. The Jane Austen Book Club spent thirteen weeks on the New York Times bestsellers list and was a New York Times Notable Book. Fowler’s short story collection, Black Glass. won the World Fantasy Award in 1999, and her collection What I Didn’t See won the World Fantasy Award in 2011. Fowler and her husband, who have two grown children and seven grandchildren, live in Santa Cruz, California.

The Cold Millions: A Novel (Paperback)