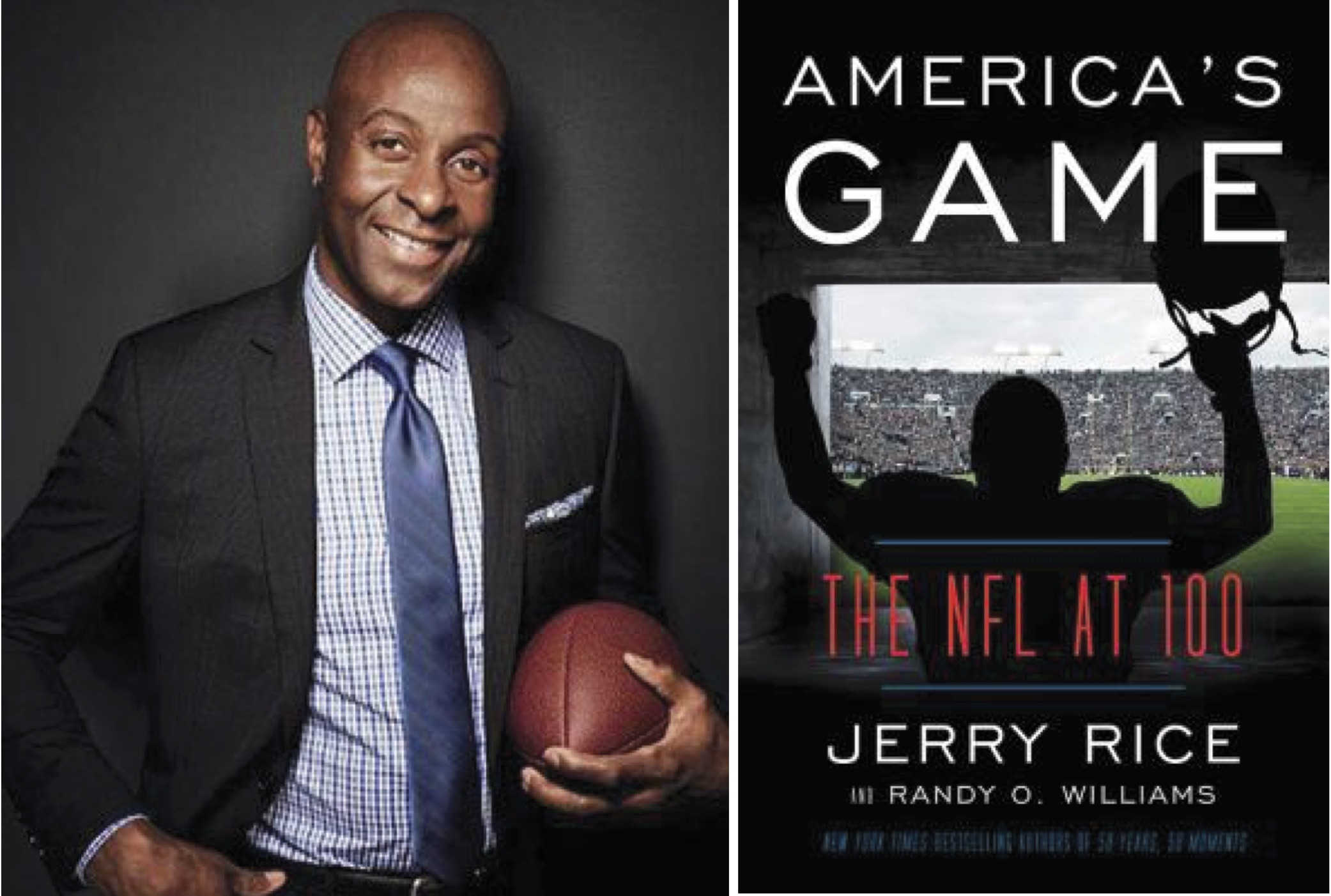 Ticket packages will be available on Brown Paper Tickets, beginning at 7:00 am on August 7th. Ticket packages are $32 and will admit you and up to three family members (no more than two adults, and children must be under the age of 18) to the signing with one copy of America's Game. Additional copies of America's Game may be purchased at the event. This ticketed book signing (no talk) will take place at Bookshop Santa Cruz.

The authors of the New York Times bestseller 50 Years, 50 Moments celebrate the first 100 years of the National Football League, interweaving history, personal stories, memories, and observations of some of its greatest players, coaches, and advocates to chronicle football’s amazing evolution from a fledgling regional fly-by-night operation into a multi-billion global brand and one of America’s leading franchises.

Over the past century, professional football has transformed from a game played in leather helmets on cow pastures to one of the most high-tech, popular sports on the planet. In this entertaining and concise history, Jerry Rice and Randy O. Williams celebrate the NFL’s centennial, bringing together colorful memories, insights, and personal experiences and observations from the heroes, losers, innovators, and defining legends who have played the game at its highest level. America's Game is filled with inside stories of the league’s fiercest rivalries, closest competitions, and most memorable characters, from the early days of Red “The Galloping Ghost” Grange and “Slingin’” Sammy Baugh to Jim Brown and “Broadway” Joe Namath to Lawrence Taylor, Jerry Rice, and Tom Brady. Divided by increments of twenty-five years, each section of America's Game includes the authors’ selections for their “All Star” players and teams.

Incorporating Rice’s long-standing, insider knowledge with Williams’ interviews with those who made it happen or witnessed it firsthand—from players and coaches to broadcasters and journalists—America's Game is a unique tribute to this enduring cultural phenomenon, and will become the authoritative tribute to all that is great about the sport Americans—and the world—loves.

Jerry Rice is a three-time Super Bowl champion and a member of the Pro Football Hall of Fame and College Football Hall of Fame. Generally regarded as the best wide receiver to ever play in the National Football League, Rice is now a television personality in both sports and entertainment, appearing on several shows, including Dancing with the Stars, Deal or No Deal, and Law & Order: SVU. Rice also previously cohosted Sports Sunday on the San Jose NBC local affiliate and was an NFL analyst on ESPN. He resides in the San Francisco Bay Area.

TICKET INFORMATION: Tickets are $32 and include one hardcover copy of America's Game: The NFL at 100, and entry in the signing line for a family of up to four members (up to two adults and two children under the age of 18). Purchase tickets on Brown Paper Tickets, while supplies last.

EVENT INFORMATION: Books and signing line wristbands will be distributed to ticket holders beginning at 5:00 pm on Thursday, November 7th. The book signing will begin at 6:00 pm and will be organized by the letter on your ticket.

SIGNING GUIDELINES: Due to time constraints, no posed photographs with Mr. Rice. A staff member will be on hand to take a candid photo on your device while you are getting your book signed. Mr. Rice will ONLY be signing copies of America's Game: The NFL at 100, that have been purchased at Bookshop Santa Cruz. With time constraints, no memorabilia or other items. Thank you.

Please note: This event will take place at Bookshop Santa Cruz. This is a book signing only, not a book talk. Tickets are required.

If you have any ADA accomodation requests, please contact bookshopevents@gmail.com by November 5th.