VIRTUAL EVENT: Bookshop welcomes Michael Mechanic, journalist and senior editor at Mother Jones magazine, to discuss his new book, Jackpot: How the Super-Rich Really Live—and How Their Wealth Harms Us All.  Mechanic dives into the lives of the extremely rich, revealing the fascinating, otherworldly realm they inhabit—and the insidious effects their disproportionate affluence has on them, as well as our society at large. Tim O’Reilly and Kim Polese will join as panelists; the conversation will be moderated by Clive Thompson. This event is co-hosted by reader-supported investigative news organization, Mother Jones.

Register for this free online event by clicking here!

This is a free event. The featured book may be preordered below.
You can make a donation to help support Bookshop Santa Cruz here. Thank you!

Have you ever fantasized about being ridiculously wealthy? Probably. Striking it rich is among the most resilient of American fantasies; we spent $81 billion on lottery tickets in 2019. Americans dream of the jackpot, the big exit, the life-altering payday, in whatever form that takes. We would escape day jobs and cramped living spaces, bury our debts, and bail out struggling friends and relations. But the reality for the ultra-wealthy is quite different. 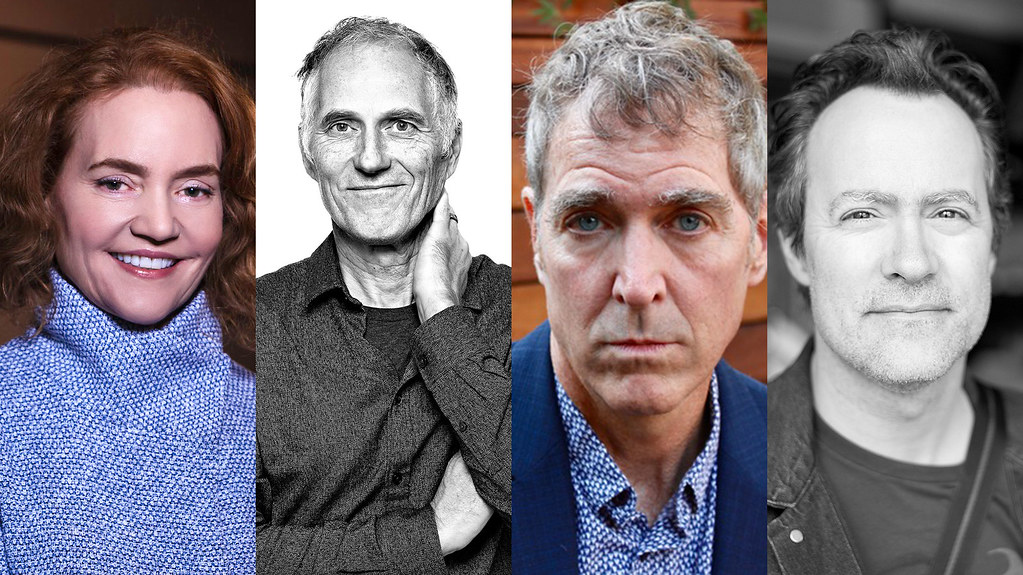 Michael Mechanic is a senior editor at Mother Jones magazine. He lives in Oakland, California, with his wife, two teenagers, and various animals. Jackpot is his first book.

Tim O’Reilly is the founder, CEO, and Chairman of O'Reilly Media, the company that has been providing the picks and shovels of learning to the Silicon Valley goldrush for the past thirty-five years. The company's online learning and knowledge-on-demand platform at oreilly.com is used by thousands of enterprises and millions of individuals worldwide. O'Reilly has a history of convening conversations that reshape the computer industry. If you've heard the term "open source software," "web 2.0," "the Maker movement," "government as a platform," or "the WTF economy," he's had a hand in framing each of those big ideas. Tim is also a partner at early-stage venture firm O'Reilly AlphaTech Ventures (OATV), and on the boards of Code for America, PeerJ, Civis Analytics, and PopVox. He is the author of many technical books published by O'Reilly Media, and most recently WTF? What's the Future and Why It's Up to Us (Harper Business, 2017). He is working on a new book about why we need to rethink antitrust in the era of internet-scale platforms.

Kim Polese is co-founder and board chair of CrowdSmart, a startup that combines human expertise with artificial intelligence to help funders identify promising young companies, reducing ingrained biases that have prevented many would-be founders from raising venture capital. Early in her career, Kim led the launch of Java as a founding product manager at Sun Microsystems. She has co-founded several companies, including software pioneer Marimba, where she was Chairman and CEO, took the company public, and later oversaw its successful acquisition by BMC. Marimba remains one of the world’s top internet-of-things platforms, delivering three billion software updates annually to our devices, appliances, and vehicles. Kim earned her degree in biophysics from UC-Berkeley and has done post-baccalaureate study in computer science at the University of Washington. An Aspen Institute Crown Fellow, she is the recipient of numerous awards and honors, including Information Week’s “Top Technology Executives” and Time magazine’s “25 Most Influential Americans.”

Clive Thompson is a contributing writer for the New York Times Magazine, a columnist for Wired, and his most recent book is CODERS: The Making of a New Tribe and the Remaking of the World.

Jackpot: How the Super-Rich Really Live—and How Their Wealth Harms Us All (Hardcover)