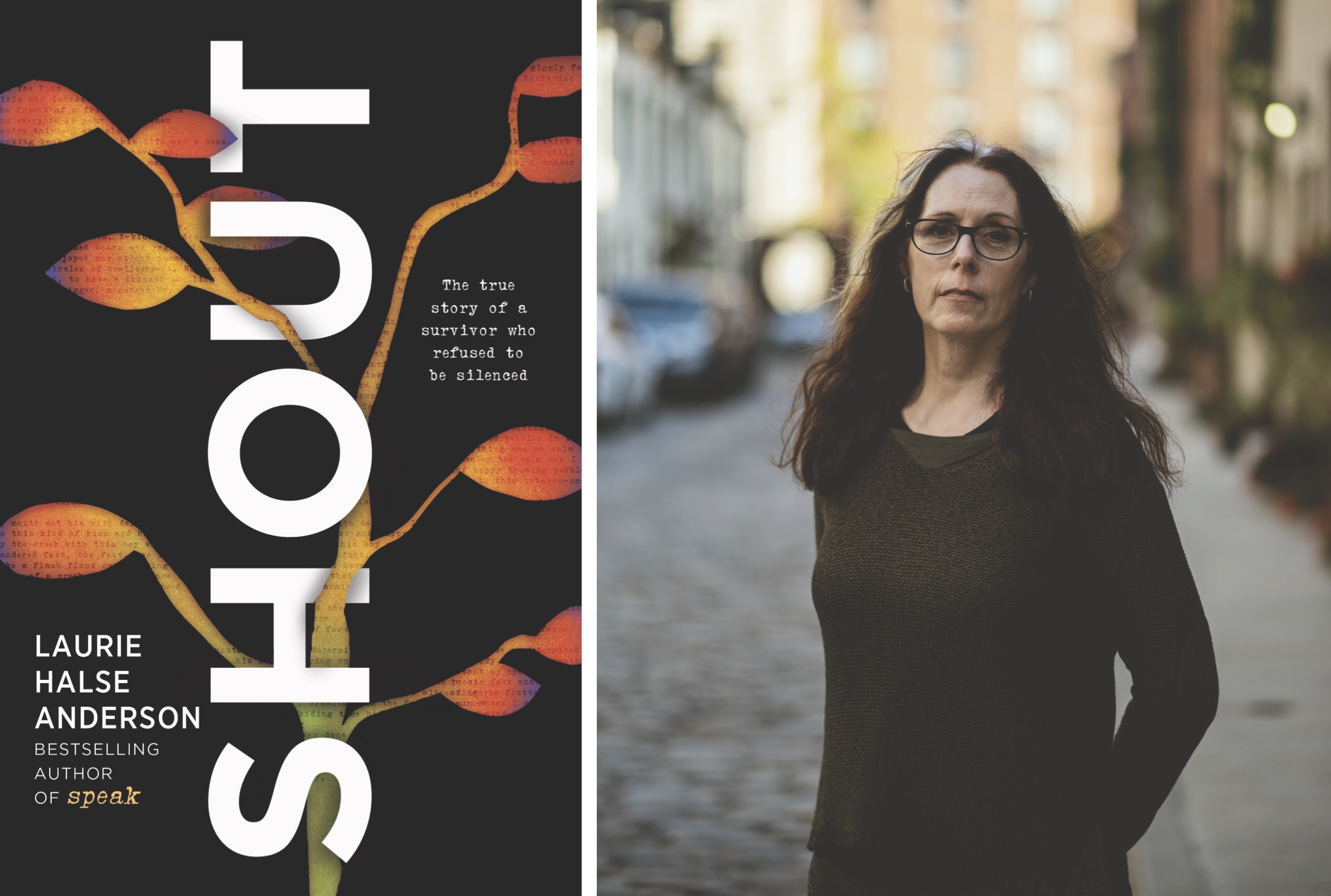 Laurie Halse Anderson is known for the unflinching way she writes about, and advocates for, survivors of sexual assault. In 1999, her groundbreaking, award-winning novel Speak opened the door for a national dialogue about rape culture and consent. Now, twenty years later, she reveals her personal history as a rape survivor in a searing poetic memoir, SHOUT.

In free verse, Anderson shares reflections, rants, and calls to action woven between deeply personal stories from her life that she’s never written about before. Searing and soul-searching, devastating and triumphant, SHOUT is a denouncement of our society’s failures and a love letter to all the people with the courage to say #MeToo and #TimesUp, whether aloud, online, or only in their own hearts.

·    This event is for mature audiences only; children under 13 will not be admitted.

·    Attendees must purchase a copy of SHOUT from Bookshop Santa Cruz either in store or at the event to enter the signing line.

Laurie Halse Anderson is a New York Times bestselling author whose writing spans young readers, teens, and new adults. Combined, her books have sold more than 8 million copies. She has been nominated for the Astrid Lindgren Memorial Award three times. Two of her books, Speak and Chains, were National Book Award finalists, and Chains was short-listed for the prestigious Carnegie medal. Laurie was selected by the American Library Association for the 2009 Margaret A. Edwards Award and has been honored for her battles for intellectual freedom by the National Coalition Against Censorship and the National Council of Teachers of English.

In addition to combating censorship, Laurie regularly speaks about the need for diversity in publishing and is a member of RAINN's National Leadership Council. She lives in Philadelphia, where she enjoys cheesesteaks while she writes. Find out more about Laurie by following her on Twitter at @halseanderson, Instagram at halseanderson, Facebook at writerlady, and Pinterest at halseanderson or by visiting her website.

Sabaa Tahir is the #1 New York Times bestselling author of the An Ember in the Ashes series. She grew up in California’s Mojave Desert at her family’s eighteen-room motel. There, she spent her time devouring fantasy novels, raiding her brother’s comic book stash, and playing guitar badly. She began writing An Ember in the Ashes while working nights as a newspaper editor. She likes thunderous indie rock, garish socks, and all things nerd. Sabaa currently lives in the San Francisco Bay Area with her family.