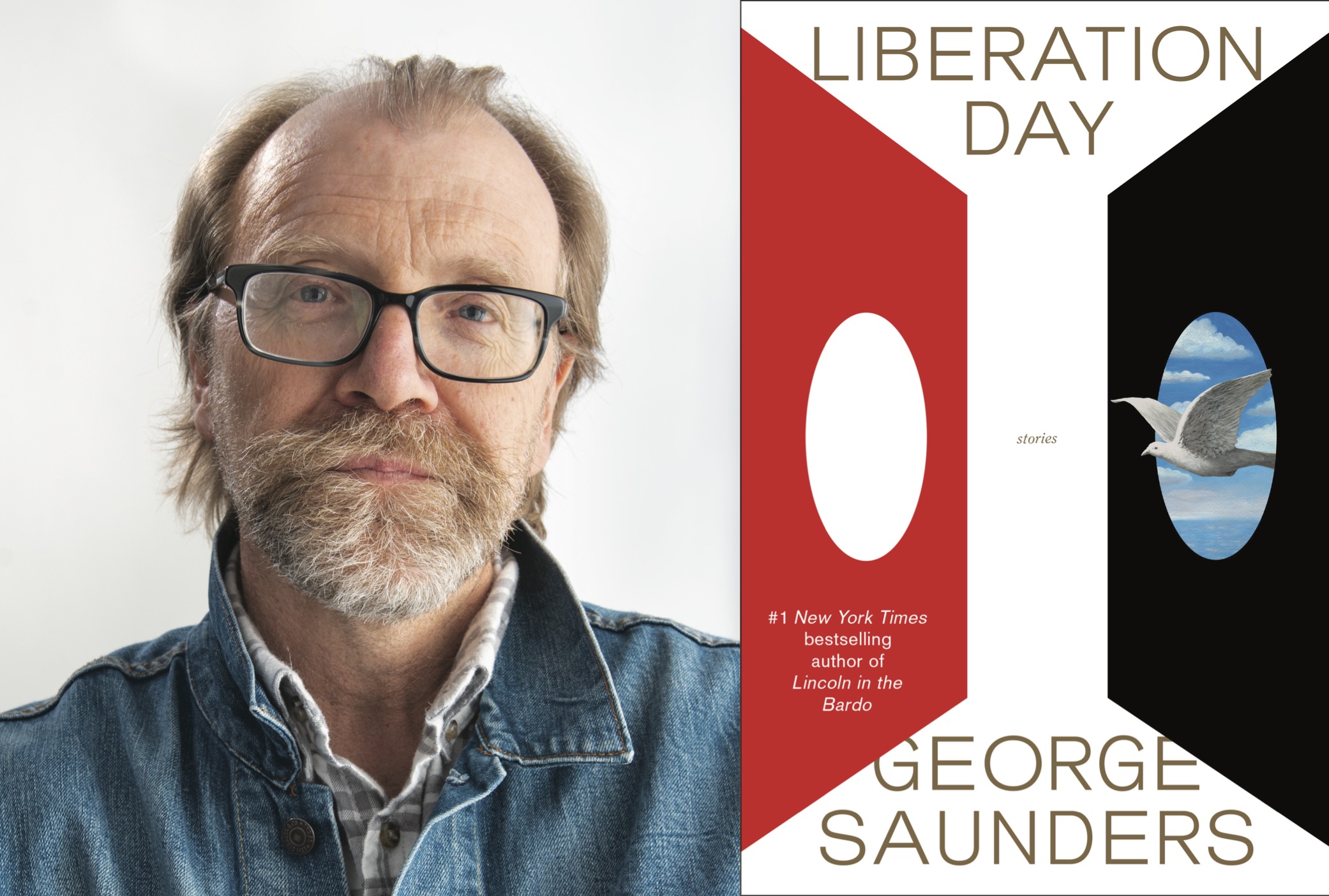 TICKETED OFFSITE EVENT: Bookshop Santa Cruz is delighted to welcome acclaimed writer George Saunders for an in-conversation event with Pulitzer Prize-winning journalist Charles Duhigg about Saunders' new book, Liberation Day: Stories—a masterful collection that explores ideas of power, ethics, and justice, and cuts to the very heart of what it means to live in community with our fellow humans.

This event is cosponsored by The Humanities Institute at UC Santa Cruz and KAZU 90.3 and will take place at the Santa Cruz County Veterans Memorial Building, 846 Front Street, Santa Cruz.

With his trademark prose—wickedly funny, unsentimental, and perfectly tuned—George Saunders continues to challenge and surprise: here is a collection of prismatic, deeply resonant stories that encompass joy and despair, oppression and revolution, bizarre fantasy and brutal reality. 'Love Letter' is a tender missive from grandfather to grandson, in the midst of a dystopian political situation in the not-too-distant future, that reminds us of our obligations to our ideals, ourselves, and each other. 'Ghoul' is set in a Hell-themed section of an underground amusement park in Colorado, and follows the exploits of a lonely, morally complex character named Brian, who comes to question everything he takes for granted about his 'reality.' In 'Mother's Day,' two women who loved the same man come to an existential reckoning in the middle of a hailstorm. And in 'Elliott Spencer,' our eighty-nine-year-old protagonist finds himself brainwashed—his memory 'scraped'—a victim of a scheme in which poor, vulnerable people are reprogrammed and deployed as political protesters. Together, these nine subversive, profound, and essential stories coalesce into a case for viewing the world with the same generosity and clear-eyed attention as Saunders does, even in the most absurd of circumstances."

George Saunders is the #1 New York Times bestselling author of eleven books, including A Swim in a Pond in the Rain; Lincoln in the Bardo, which won the Booker Prize; Congratulations, by the Way; Tenth of December, a finalist for the National Book Award and winner of the inaugural Folio Award; The Braindead Megaphone; and the critically acclaimed collections CivilWarLand in Bad Decline, Pastoralia, and In Persuasion Nation. He teaches in the creative writing program at Syracuse University.

Charles Duhigg is a Pulitzer prize-winning journalist and the author of The Power of Habit, which spent over three years on bestseller lists and has been translated into over 40 languages, and Smarter Faster Better, also a bestseller. Mr. Duhigg writes for The New Yorker Magazine and is a graduate of Yale University and the Harvard Business School. He has been a frequent contributor to CNBC, This American Life, NPR, The Colbert Report, PBS’s NewsHour and Frontline. He was also, for one terrifying day, a bike messenger in San Francisco.