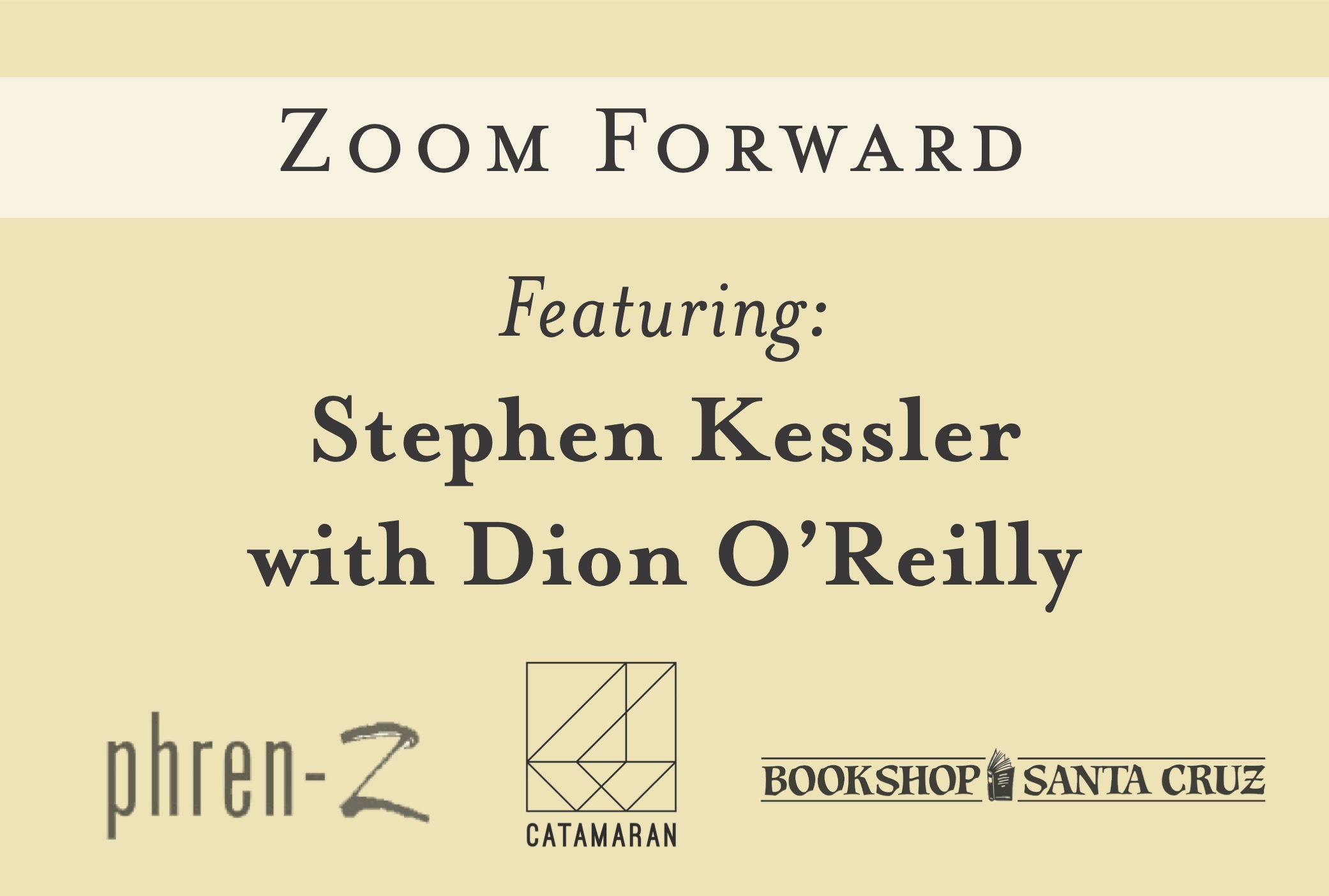 Stephen Kessler’s poems track a continuous arc since Nostalgia of the Fortuneteller, published by George Hitchcock’s Kayak Books in 1975. What Sam Hamill wrote then in Small Press Review still applies: “Kessler speaks with an  authenticity that is rare among younger poets, and speaks in a variety of styles … While maintaining an absolute control of diction, [he] lets the poem take a clearly organic form, the images vividly defined, and the poems full of the sounds of graceful ordinary speech. The use of alliteration, the evolution of vowels, the old tried tricks of the trade abound, though subtly, and seemingly never for mere effect … Nor does Kessler posture and pose as do so many less disciplined poets. Nor does he fall into the all-too-frequent moral and intellectual sophism that plagues the times.”

Last Call, his twelfth collection, advances this steady practice with confidence to the edge of old age in more than one hundred new poems responding to the twists and turns of fortune, memory, and perception— songs of experience played with skill on a seasoned instrument.

Prolific poet, translator, essayist, critic, journalist, and editor, Stephen Kessler’s work has appeared in hundreds of magazines and newspapers, chiefly in California, and dozens of books and anthologies across the United States since the late 1960s. His previous books with Black Widow Press include Garage Elegies (poems, 2018) and Forbidden Pleasures: New Selected Poems by Luis Cernuda (PEN Center USA Translation Award, 2016). He lives in Santa Cruz, where he writes a weekly op-ed column in the Santa Cruz Sentinel.

Dion O'Reilly has lived most of her life on a small farm in the Soquel Valley of California. She has studied with Ellen Bass and Danusha Laméris and received her MFA from Pacific University. For over thirty years, she worked as a school teacher, also leading private groups for her high school students. Her poetry and essays have appeared in The Massachusetts Review, New Letters, Sugar House Review, Rattle, The Sun, Bellingham Review, Tupelo Quarterly, Catamaran, SWWIM, Grist, and other literary journals and anthologies. She is a member of The Hive Poetry Collective which produces podcasts highlighting poets from the Monterey Bay and around the world. She hosts classes for adults on her farm. Ghost Dogs is her debut full-length collection.

Ghost Dogs, Dion O'Reilly's fine first poetry collection, will haunt you the way art should. Bristling with pain, wit, desire, and tenderness, these poems investigate not only "the daily harms" of an abusive childhood, but the deep solace non-human animals can offer. In vivid, sensual detail, O'Reilly conjures her companions: mastiffs with "sad, sagging faces," a beloved chestnut mare's "glowing coat," a green parrot who has managed to "fill a space in the chaos." She doesn't sugarcoat or flinch from suffering--her own or others'--she transforms it. Line by crackling line, image by unforgettable image. Contemplating her bruised knees in the poem "Given," she asks, "Is there a way to make it wonderful?" Ghost Dogs provides us an answer, a resounding yes. —Ellen Bass