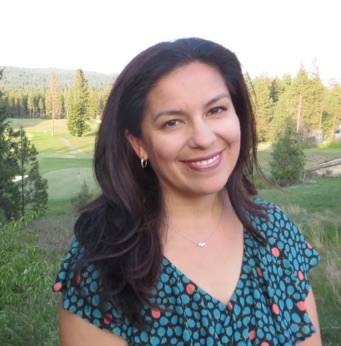 VIRTUAL EVENT: Bookshop Santa Cruz welcomes author Mikki Kendall who will discuss her important book, Hood Feminism: Notes from the Women That a Movement Forgot (now in paperback). Kendall will be in conversation with Sylvanna M. Falcón, UCSC Associate Professor and Director of the Research Center for the Americas.

Register for this free Crowdcast here

This is a free event. The book may be ordered below.
You can make a donation to help support Bookshop Santa Cruz here. Thank you!

There have been many incredible moments and efforts in feminist history, and women all over the world continue to fight to be seen and heard in all the chaos of modern society. However, mainstream feminism has continually failed to recognize some of the most pressing issues facing most women today. In Hood Feminism, Mikki Kendall, the creator of the viral hashtag #SolidarityIsForWhiteWomen, calls out the myopia of mainstream white feminism. She argues that women of color and other marginalized people have long been doing the work of fighting for women’s rights.Their personhood and concerns should be regarded with the same—and in some cases even more—urgency as the issues that now dominate feminist rhetoric.

The essays in Hood Feminism draw upon Kendall’s personal experiences while looking at the cultural and political landscape of today’s feminism to shine a light on the issues that marginalized women face, and urges the would-be feminist to embrace a kind of feminism that moves beyond just being an ally to being an accomplice, an advocate, and collaborator.

“This book is an act of fierce love and advocacy, and it is urgently necessary.”—Samantha Irby, author of Meaty and We Are Never Meeting in Real Life

“My wish is that every white woman who calls herself a feminist (as I do) will read this book in a state of hushed and humble respect. Mikki Kendall is calling out white feminists here—and it’s long overdue that we drop our defenses, listen to her arguments carefully, and then change our entire way of thinking and behaving. As Kendall explains in eloquent and searing simplicity, any feminism that focuses on inequality between men and women without addressing the inequalities BETWEEN women is not only useless, but actually harmful. In the growing public conversation about race, class, status, privilege, and power, this text is essential reading.” —Elizabeth Gilbert

Mikki Kendall is a New York Times bestselling writer, speaker, and blogger whose work has appeared in The Washington Post, The Boston Globe, The Guardian, Time, Salon, Ebony, Essence, and elsewhere. An accomplished public speaker, she has discussed race, feminism, violence in Chicago, tech, pop culture, and social media on Good Morning America, The Daily Show, MSNBC, NPR, Al Jazeera's The Listening Post, BBC's Woman's Hour, and Huff Post Live, as well as at universities across the country. In 2017, she was awarded Best Food Essay from the Association of Food Journalists for her essay on hot sauce, Jim Crow, and Beyoncé. She is also the author of Amazons, Abolitionists, and Activists: A Graphic History of Women's Fight for Their Rights and a co-editor of the Locus-nominated anthology Hidden Youth, as well as a part of the Hugo-nominated team of editors at Fireside Magazine. A veteran, she lives in Chicago with her family.

Sylvanna M. Falcón is an Associate Professor in the Department of Latin American and Latino Studies, Director of the Research Center for the Americas, and founder/director of the Human Rights Investigations Lab at the University of California, Santa Cruz. She is the author of Power Interrupted: Antiracist and Feminist Activists inside the United Nations, [University of Washington Press, 2016; winner of the National Women’s Studies Association’s Gloria E. Anzaldúa Book Award] and the co-editor of Precarity and Belonging: Labor, Migration, and Noncitizenship  [Rutgers University Press, 2021] and New Directions in Feminism and Human Rights [Routledge, 2011]. She is a former UN consultant to the UN Special Rapporteur on Violence Against Women.

Hood Feminism: Notes from the Women That a Movement Forgot (Paperback)