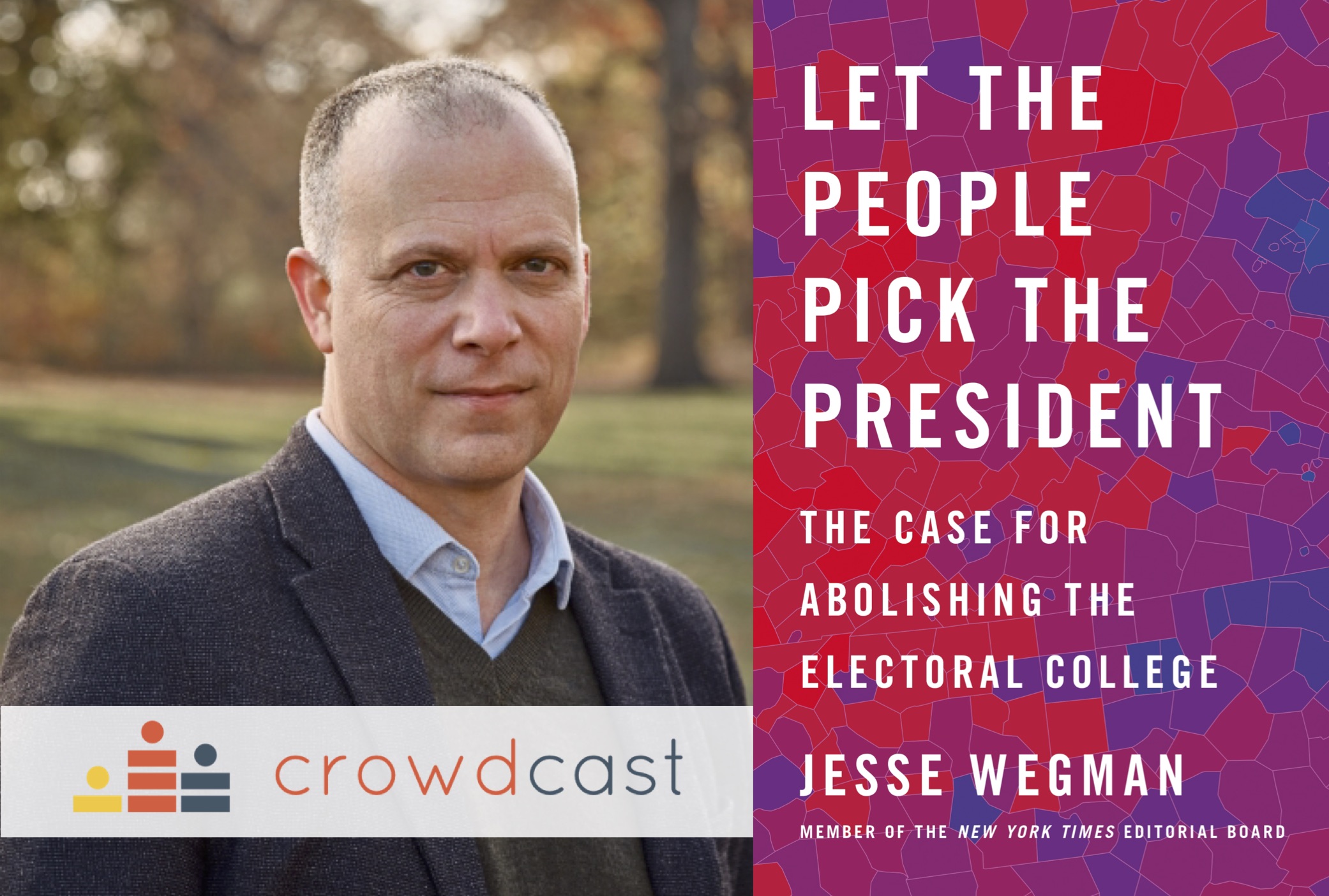 Join us for a timely online event with Jesse Wegman who will be in conversation with Ryan Coonerty about his new book, Let the People Pick the President: The Case for Abolishing the Electoral College. This event is cosponsored by Santa Cruz Indivisible.

Two of the last five presidential elections have been won by the candidate who lost the popular vote, calling the integrity of America’s entire electoral system into question. Political passions are already high, and they will reach a boiling point as we enter the 2020 race. The message from the American people is clear: we need major reform, and we need it now. In Let the People Pick the President, New York Times editorial board member Jesse Wegman makes a powerful case for choosing presidents based on a national popular vote. In this compact, deeply researched, highly readable history of the Electoral College, he describes its controversial origins, profiles some of the more than 700 efforts to abolish or reform it over the years, and explains why it is now essential for us to revamp this obsolete system and finally make every citizen's vote matter.

"Jesse Wegman is a shrewd analyst, brilliant researcher and passionate writer, and here he tackles an issue important to our system’s legitimacy." —Nicholas Kristoff

"People have been arguing against the Electoral College from the beginning. But no one, at least in recent years, has laid out the case as comprehensively and as readably as Jesse Wegman does in Let the People Pick the President." —Josh Chafetz, New York Times Book Review

Jesse Wegman has been a member of the New York Times editorial board since 2013, writing editorials on the Supreme Court and legal affairs. He was previously a senior editor at the Daily Beast and Newsweek, a legal news editor at Reuters, and the managing editor of the New York Observer. He graduated from New York University School of Law in 2005.

Ryan Coonerty is a member of the Santa Cruz County Board of Supervisors, a two-time former Mayor of the City of Santa Cruz, and a longtime lecturer in the Legal Studies program at UC Santa Cruz. He is the host of the podcast "An Honorable Profession."

Let the People Pick the President: The Case for Abolishing the Electoral College (Hardcover)