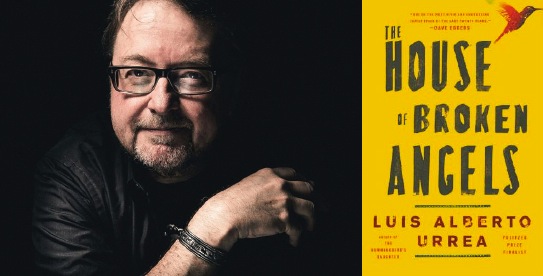 In his final days, beloved and ailing patriarch Miguel Angel De La Cruz, known affectionately as Big Angel, has summoned his entire clan for one last legendary birthday party. But as the party approaches, his mother, nearly one hundred, dies herself, leading to a farewell doubleheader. Across one bittersweet weekend in their San Diego neighborhood, the revelers mingle among the palm trees and cacti, celebrating the lives of Big Angel and his mother, and recounting the many tales that have passed into family lore, the acts both ordinary and heroic that brought them to a fraught and sublime country and allowed them to flourish in the land they have come to call home.The story of the De La Cruzes is the American story. This indelible portrait of a complex family reminds us of what it means to be the first generation and to live two lives across one border. Teeming with brilliance and humor, authentic at every turn, The House of Broken Angels is Luis Alberto Urrea at his best, and it cements his reputation as a storyteller of the first rank.

"[Urrea]'s most personal book... One of the most vivid and engrossing family epics in the last twenty years." —Dave Eggers

"In one of the spring’s must-read fiction titles, Luis Alberto Urrea tells a layered, complex, galvanizingly authentic story of the Mexican-American immigrant experience and what it means to live two lives across one border." —Entertainment Weekly

In 2017, Luis Alberto Urrea received an American Academy of Arts and Letters Award in Literature, the latest prestigious honor in a long and distinguished career, one full of accolades. His books, which have frequently been listed as among the best of the year by numerous publications, have also been finalists for the Pulitzer Prize (The Devil’s Highway) and the PEN/Faulkner Award (The Water Museum); winners of an American Book Award (Nobody’s Son), the Lannan Literary Award (The Devil’s Highway again), and the Kiriyama Pacific Rim Book Prize (The Hummingbird’s Daughter); and a Big Read selection by the National Endowment for the Arts (Into the Beautiful North).

This free event will take place at Bookshop Santa Cruz. Open seating. Seats are generally set up one hour prior to the event's start time.

The House of Broken Angels (Hardcover)