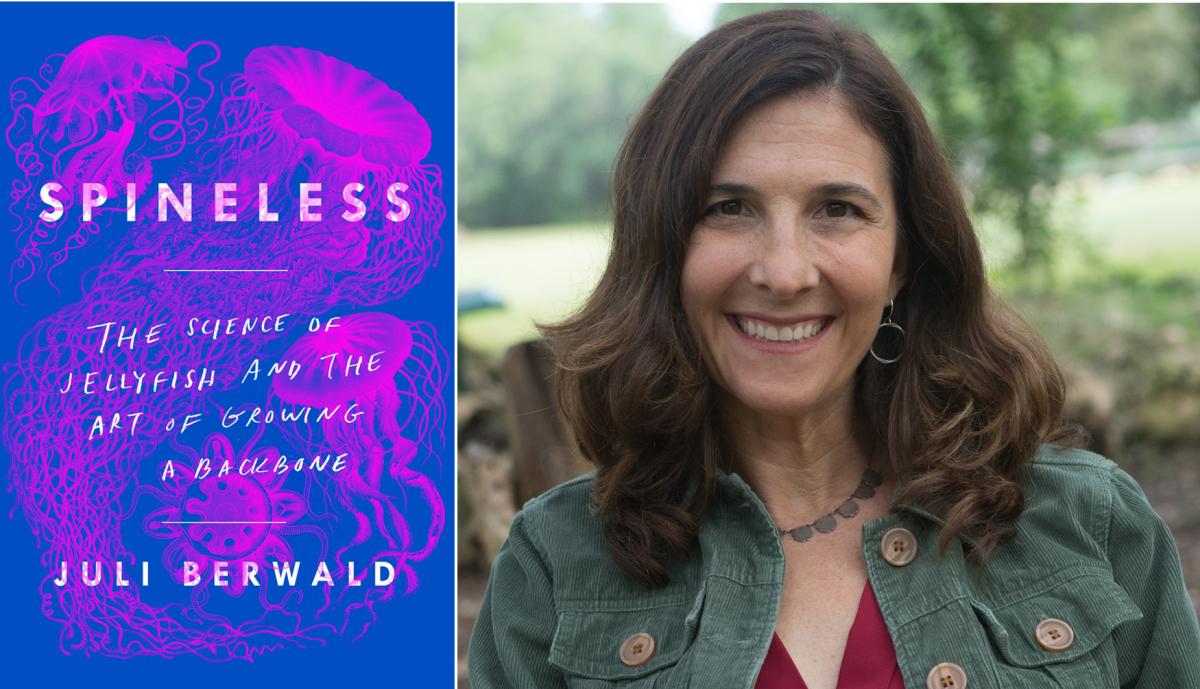 Bookshop Santa Cruz presents former ocean scientist Juli Berwald for discussion and signing of her new book, Spineless: The Science of Jellyfish and the Art of Growing a Backbone. Jellyfish are gross, gooey, and they sting, but they are also positioned for success in today’s carbon-rich, polluted, overfished, and overdeveloped ocean.

Jellyfish are an enigma. They have no centralized brain, but they see and feel and react to their environment in complex ways. They look simple, yet their propulsion systems are so advanced that engineers are just learning how to mimic them. They produce some of the deadliest toxins on the planet and still remain undeniably alluring. Long ignored by science, they may be a key to ecosystem stability. In Spineless, Juli Berwald reveals why the otherworldly jellyfish are so much more than pulsating sacs of goo. She spent over five years researching and writing about the mysteries of jellyfish, traveling the world to interview preeminent scientists and chasing down jellyfish blooms in Japan, Israel, the Mediterranean and off the Pacific Atlantic, and Gulf coasts.

Juli Berwald received her Ph.D. in Ocean Science from the University of Southern California. A science textbook writer and editor, she has written for a number of publications, including The New York Times, Nature, National Geographic, and Slate. Read more about Berwald and Spineless here.

EVENT DETAILS: This free event will take place at Bookshop Santa Cruz. Open seating. Seats are generally set up one hour prior to the event's start time.

You've probably been hearing a lot about Ms. Berwald on many different platforms. Here's a link to several great interviews.

Spineless: The Science of Jellyfish and the Art of Growing a Backbone (Hardcover)