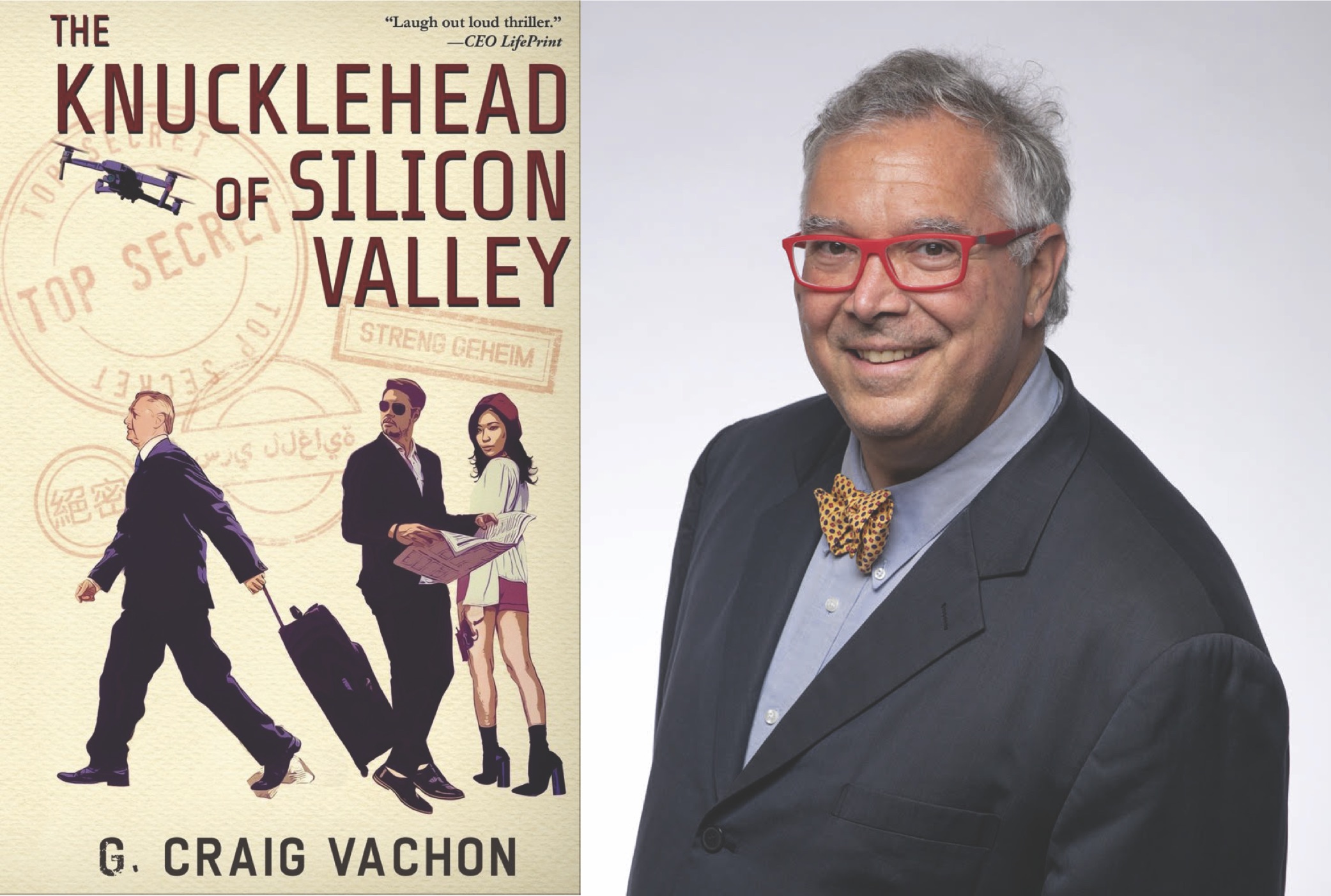 Bookshop welcomes Craig Vachon for a reading and signing of The Knucklehead of Silicon Valley, his entertaining tale of a befuddled but highly capable venture capitalist who is compelled to chart his own course on a global quest to save his new brain-computer interface tool from falling into some very, very wrong hands.

Ralph Gibsen isn’t your typical spy. In fact, he may not be a spy at all. He's lumpy, blundering and abysmal at chatting up the fairer sex. Yet, he is attracting a significant amount of attention from the intelligence community. After all, as a 30-year Silicon Valley mainstay, he can phish your passwords, bust firewalls, and has developed software used by millions to circumvent government censorship. And now, he thinks he has stumbled upon a cabal who is pushing to misuse his own technology for world domination.

Ralph helps create an educational Tool that maps a learner’s neurological processes and pinpoints the exact moment a student learns. But the Tool can also manipulate people’s beliefs. At least, that what several influential people think. Soon, Ralph finds himself the target of increasingly complex attacks on his businesses, reputation, freedom, and life.

Ralph enlists an eclectic group of ‘frenemies’ to thwart this nefarious plot. McKenna may or may not still work for the CIA. Beautiful Eva may work for the Chinese government, who wants the Tool for themselves. Even Ralph’s lovely wife Jen could be involved... Ralph simply isn’t equipped to figure it out. And the world is closing in.

"Knucklehead is like being shot out of an Ethernet cable lined with exotic travel and baroque paintings and landing on a sea of electricity." —Peterson Conway

About the author: The character of Ralph Gibsen, the protagonist of The Knucklehead of Silicon Valley, isn’t based on the author G. Craig Vachon.

Not in any way.

Sure, they both are big, goofy-looking lummoxes and they are married to beautiful, smart women that could have coupled more advantageously.

And yes, Ralph and Craig are both overly lucky, Silicon Valley-based venture capital investors living on the beaches near Santa Cruz, CA. And both spend too much time in business-class seats flying to strange places and meeting exotic people. But that’s where the similarities end.

Read more about the author here.

The Knucklehead of Silicon Valley (Paperback)