The Castro Adobe in the Twentieth Century: From Earthquake to Earthquake with Friends of the Santa Cruz State Parks 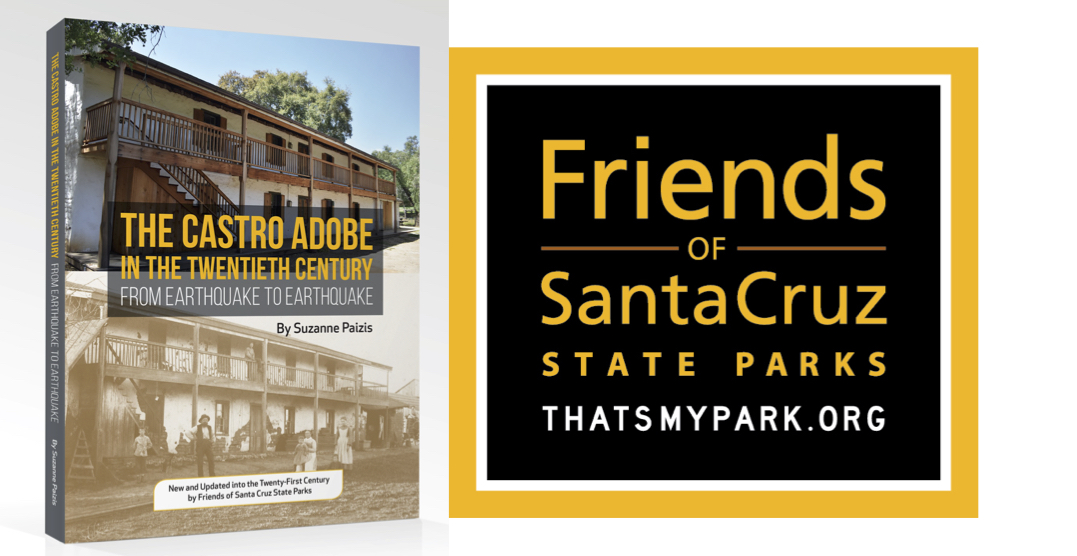 Bookshop Santa Cruz welcomes the Friends of the Santa Cruz State Parks as they present this beautifully illustrated and documented history of the 21st century, updated re-issue of Castro Adobe in the 20th Century: From Earthquake to Earthquake, by Suzanne Paizis. Of the seven adobes found in the Pajaro Valley, Santa Cruz, only the two-story Joaquin Castro Adobe remains. This book tells the history of the Castro Adobe, a rare, two-story adobe home that was built during 1848-1850. The Adobe was built during the Rancho era and is one of the few surviving buildings from that time. The Castro Adobe is slated to become the next State Park in California, hopefully within the next few years! This event is part of the Friends of the Santa Cruz State Parks Castro Adobe Project. Read more on their website.

Friends of Santa Cruz State Parks (Friends) is an entrepreneurial nonprofit sustaining the legacy of our state parks and beaches. Through an innovative partnership with California State Parks, and by leveraging local community support, Friends funds educational programs, visitor services and capital projects.

Founded in 1976, Friends is passionately dedicated to the preservation of our spectacular natural environment and rich cultural history. Friends also operates six ParkStores, offering nature- and history-themed merchandise for sale to benefit local parks and beaches.

This free event will take place at Bookshop Santa Cruz, at 1520 Pacific Ave. Chairs for open seating are usually set up about an hour before the event begins.