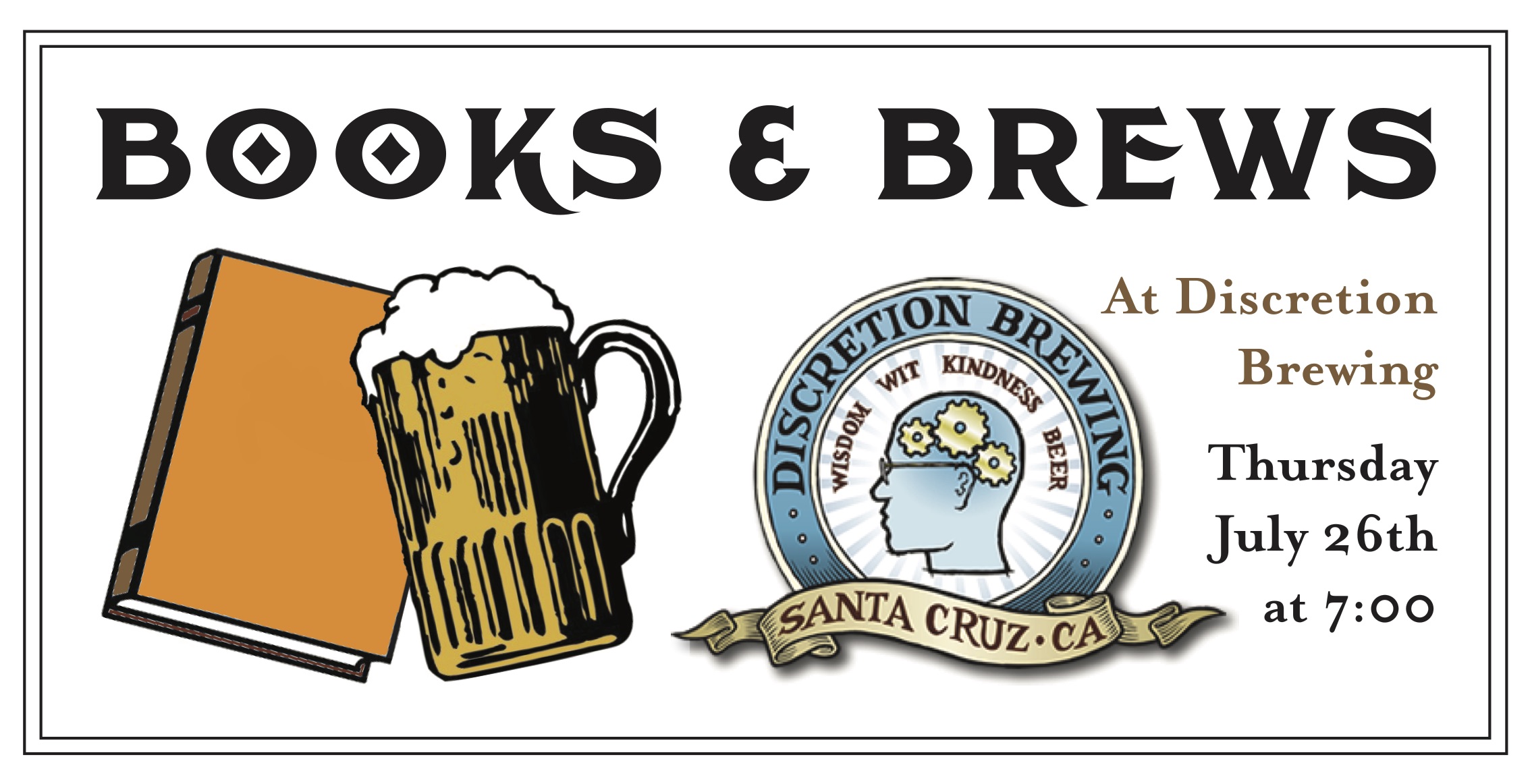 Mystery-lovers, do not miss this author visit at Discretion Brewing’s picture perfect beer garden! Join bestselling author Cara Black for a talk on the latest book in her Parisian mystery series about detective Aimée Leduc. A dying man leaves his confession - and the evidence of Parisian police corruption - with Éric Besson, who's assistant is promptly murdered trying to get the evidence to Paris's chief prosecuting attorney. Aimée Leduc is reluctantly pulled into a mystery that chases across Paris, and may implcate her late father, while threatening her living family.

Join us for a night of lovingly crafted beer, intrigue with a French theme, and get your copy of Murder on the Left Bank signed!

Special Offer: Our friends at Discretion are generously offering 50% off one beer with a book purchase at the event for Books & Brews attendees. Thanks, Discretion!

This event is free and open to attend to anyone over the age of 21.

A dying man drags his oxygen machine into the office of Éric Besson, a lawyer in Paris’s 13th arrondissement. The old man, an accountant, is carrying a dilapidated notebook full of meticulous investment records. For decades, he has been helping a cadre of dirty cops launder stolen money. The notebook contains his full confession—he’s waited 50 years to make it, and now it can’t wait another day. He is adamant that Besson get the notebook into the hands of La Proc, Paris’s chief prosecuting attorney, so the corruption can finally be brought to light. But en route to La Proc, Besson’s courier—his assistant and nephew—is murdered, and the notebook disappears.

Grief-stricken Éric Besson tries to hire private investigator Aimée Leduc to find the notebook, but she is reluctant to get involved. Her father was a cop and was murdered by the same dirty syndicate the notebook implicates. She’s not sure which she’s more afraid of, the dangerous men who would kill for the notebook or the idea that her father’s name might be among the dirty cops listed within it. Ultimately that’s the reason she must take the case, which leads her across the Left Bank, from the Cambodian enclave of Khmer Rouge refugees to the ancient royal tapestry factories to the modern art galleries.

Aimée Leduc, Parisian private investigator, is a chic, no-nonsense computer hacker turned criminal investigator. Her adventures, written by award-winning mystery novelist Cara Black, often dive into the past and present of the unique neighborhoods of Paris. They are written to be read independently, or in sequence. Murder on the Left Bank is the latest of this popular Parisian mystery series.

About the Books and Brews series…

Bookshop's popular summer event series returns! Books & Brews combines our love of literature and our love of craft beer. Five book-focused events will be held at some of our favorite beer houses this summer. Enjoy special offers and discounts at each beer house on the night of their event.

BONUS: Pick up a Books & Brews Passport in the store (or print one here). Get it stamped at three or more events in the series and you'll be entered to win a $150 Bookshop gift card.

Murder on the Left Bank (An Aimée Leduc Investigation #18) (Hardcover)