Erika Swyler, Light From Other Stars 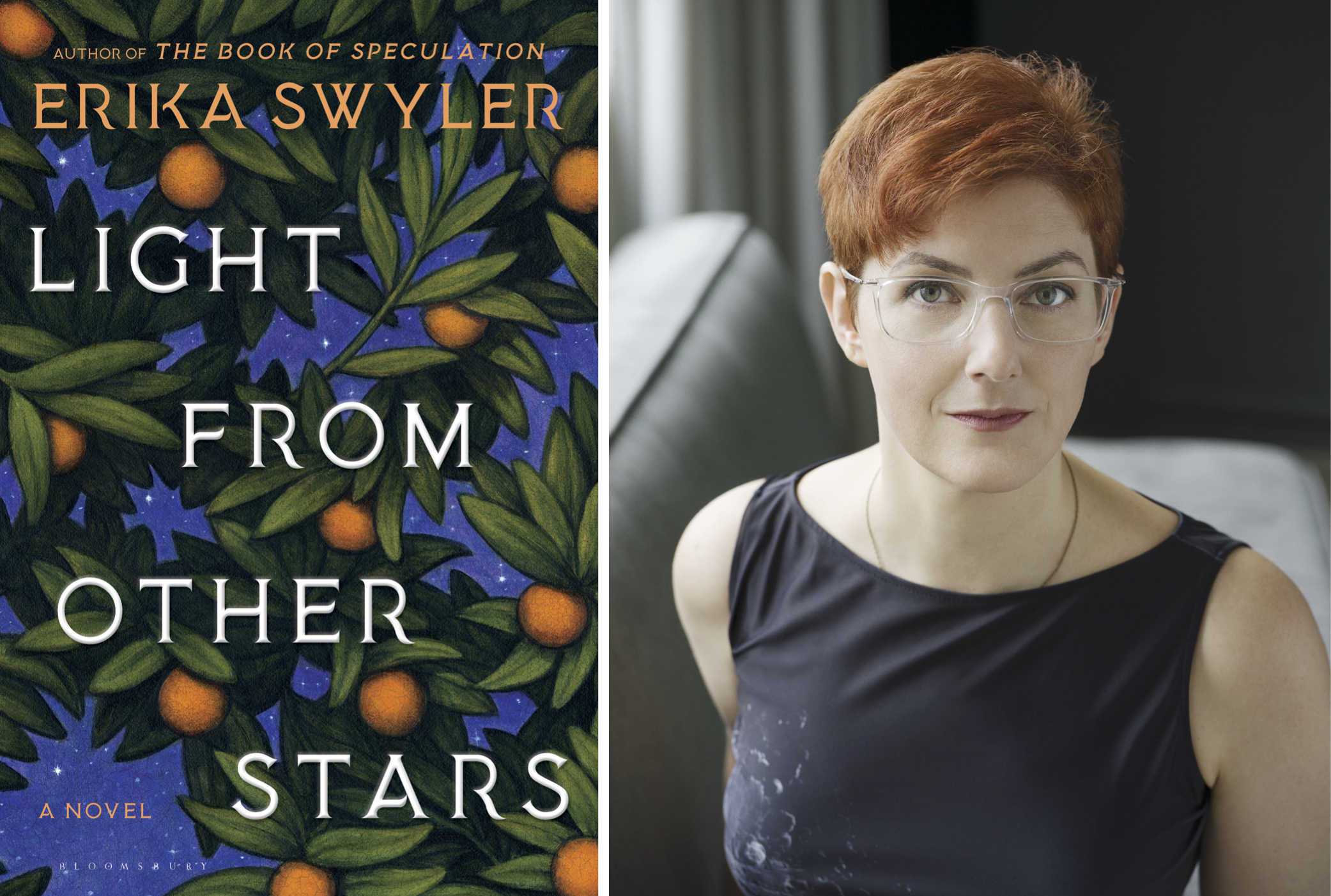 Bookshop Santa Cruz is pleased to welcome Erika Swyler for a reading and signing of her new book, Light from Other Stars.

In the year 1986, Nedda is a smart eleven year old girl growing up in Easter, Florida—a town built on the businesses of oranges and space—and dreaming of becoming an astronaut. She idolizes her father, who, laid off from his NASA job and still reeling from the loss of his infant son, obsessively works on an “entropy machine” he calls The Crucible, a machine with the power to alter time.  Nedda and her small community watch with dismay as the Challenger explodes above their heads. In the aftermath, they almost don’t notice when strange and dangerous things start to happen to their town. Easter is colder than usual, electricity is flickering in and out, and soon bizarre fluctuations in time are causing chaos. Nedda is the first to realize that it’s her father’s fault—Crucible has gone haywire. As she races to find answers, Nedda finds an unexpected ally in her mother, Betheen. Growing up, Nedda felt misunderstood by her mother, but as they work together to stop Crucible from tearing their town apart, they surprise each other by being more similar than either had realized.

Years later, Nedda has realized her dream of becoming an astronaut and is on a deep space flight sent to colonize a new planet, where she and her crewmates are trying to solve a dangerous mistake that threatens their mission. It becomes clear that the accident in Easter had effects that reverberated around the world, and it’s Nedda who holds the answers that will save them.

Readers will fall in love with the fierce, ambitious Nedda as she fights to grow up and take her place in the world. Swyler has deftly written a book as entertaining as it is poignant, where the uncanny events taking place in the lush orange groves of Easter and the intricate scientific details of life on a deep space mission feel as real and relatable as the small resentments between a mother and daughter, or the grief of a parent who has lost their child. This is a book about space and time, but like all good science fiction it’s also about humanity: Light From Other Stars is about being a frustrated daughter and seeing your parents as real people for the first time. It’s about a father who wants to keep his children from growing up, a mother kept from realizing her ambition, girls who want to be scientists, friends who grow apart over time—it’s a book about grief, and hope, and what progress looks like.

“Erika Swyler’s wonderfully imaginative Light from Other Stars is a poignant novel about the flawed but limitless love between parents and children. This book will lead you down the most tender chambers of the human heart as its protagonist, Nedda, explores the limitless potentials of a scientific mind. Swyler presses a deft finger on the fissures between art and science, love and loss, regret and hope, imprinting the reader’s heart with an exquisite ache—the kind that lingers long after the story ends.”—Aline Ohanesian, author of Orhan’s Inheritance

“As smart and ambitious as its heroine, Light from Other Stars is an absorbing, propulsive story of exploration and loss.” —J. Ryan Stradal, author of Kitchens of the Great Midwest

“At once expansive and strikingly intimate, Light from Other Stars is a story you won't be able to put down. As she walks a tightrope between the love of her family and her growing ambitions, you'll fall in love with Nedda Papas, whose journey spans two tragedies, and the fabric of time itself. This book is no less than a declaration that life is worth living, which makes it a vital book for our times.”—Adrienne Celt, author of Invitation to a Bonfire

Erika Swyler’s writing has appeared in Catapult Story, VIDA, The New York Times, and elsewhere. Her bestselling first novel, The Book of Speculation, was one of BuzzFeed’s 24 Best Fiction Books of 2015, and a Barnes & Noble Discover Great New Writers selection. She lives on Long Island, NY, with her husband and a mischievous rabbit.

This free event will take place at Bookshop Santa Cruz. Chairs for open seating are usually set up about an hour before the event begins. If you have any ADA accommodation requests, please e-mail info@bookshopsantacruz.com by May 4th.

Light from Other Stars (Hardcover)