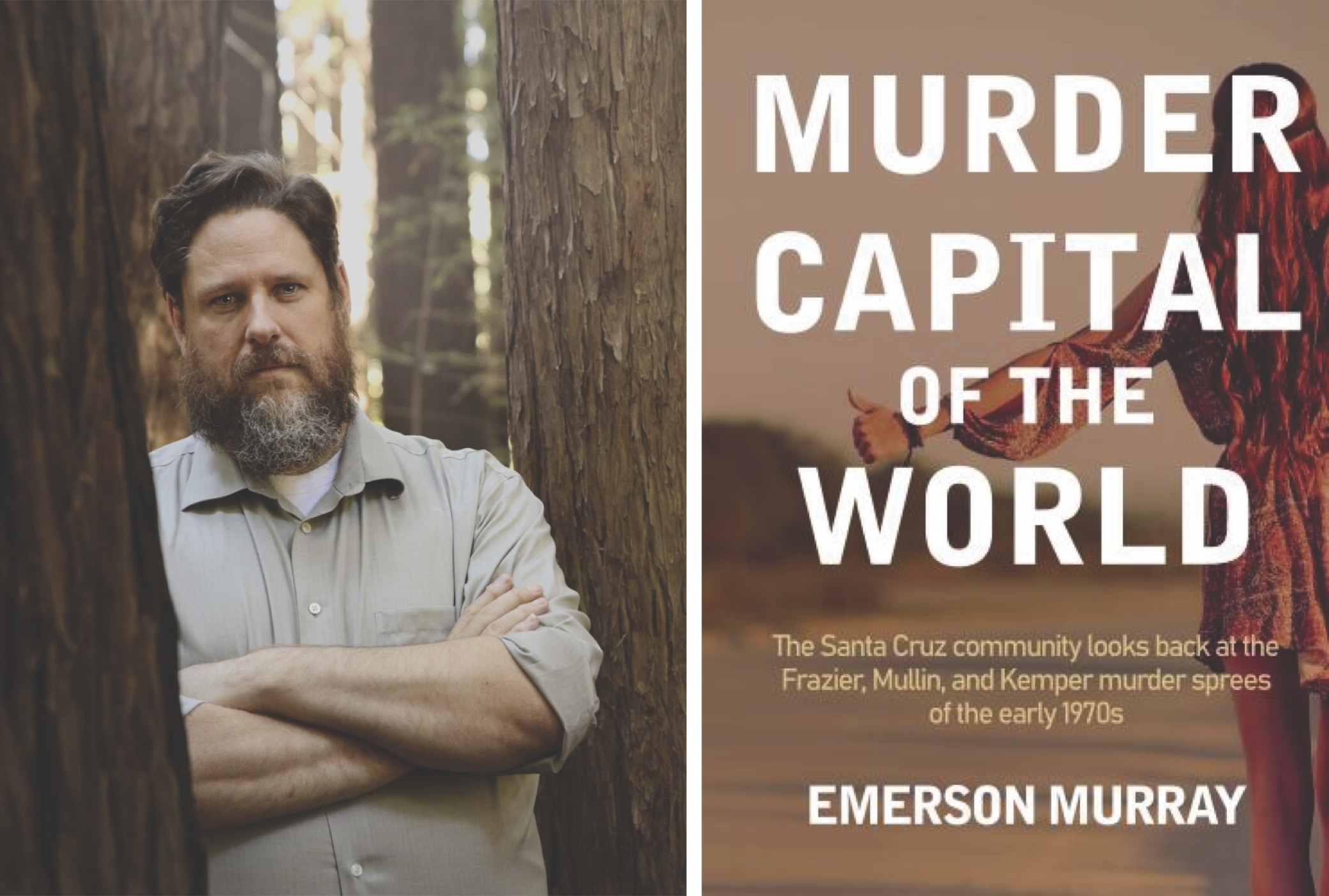 Click here for the replay of this Zoom event!

The Santa Cruz community looks back at the Frazier, Mullin, and Kemper murder sprees of the early 1970s

Over 25 people murdered in just over two and a half years. What was happening in the small coastal town of Santa Cruz between October 1970 and February 1973?

John Linley Frazier’s home invasion murders of the Ohta Family and Dorothy Cadwallader in 1970 and the serial murder sprees of Herbert Mullin and Edmund Kemper left an impact on Santa Cruz that can still be felt today.

Local law enforcement, victim’s families and friends, classmates and acquaintances of the killers, local historians, voices from the past and present, and the killers themselves all come together to tell the horrific stories and explain why Santa Cruz was dubbed MURDER CAPITAL OF THE WORLD in the early 1970’s.

“An enlightening compilation of interviews, presented in an interesting format. Emerson Murray’s Murder Capital of the World has put together a vast amount of information from the many people involved or affected by the three murderers that plagued our small coastal county in California, in the early 1970s. He has captured the insights of law enforcement officers and how the crimes affected them and the friends and families of the suspects and victims. Very insightful, thorough and comprehensive!”
— Mickey Aluffi, retired Santa Cruz Deputy Sheriff

Murder Capital of the World is Emerson Murray’s second book. The first, Bruiser Brody, is a primary source biography published by Crowbar Press. He has written articles, he paints, and he makes noise cassettes and CDs. Emerson grew up in the San Lorenzo Valley and still lives in Santa Cruz County with his wife, two kids, and two dogs. He has been collecting material for this book for over thirty years. For more information about Emerson and his projects, visit emersonmurray.com

Murder Capital of the World (Paperback)