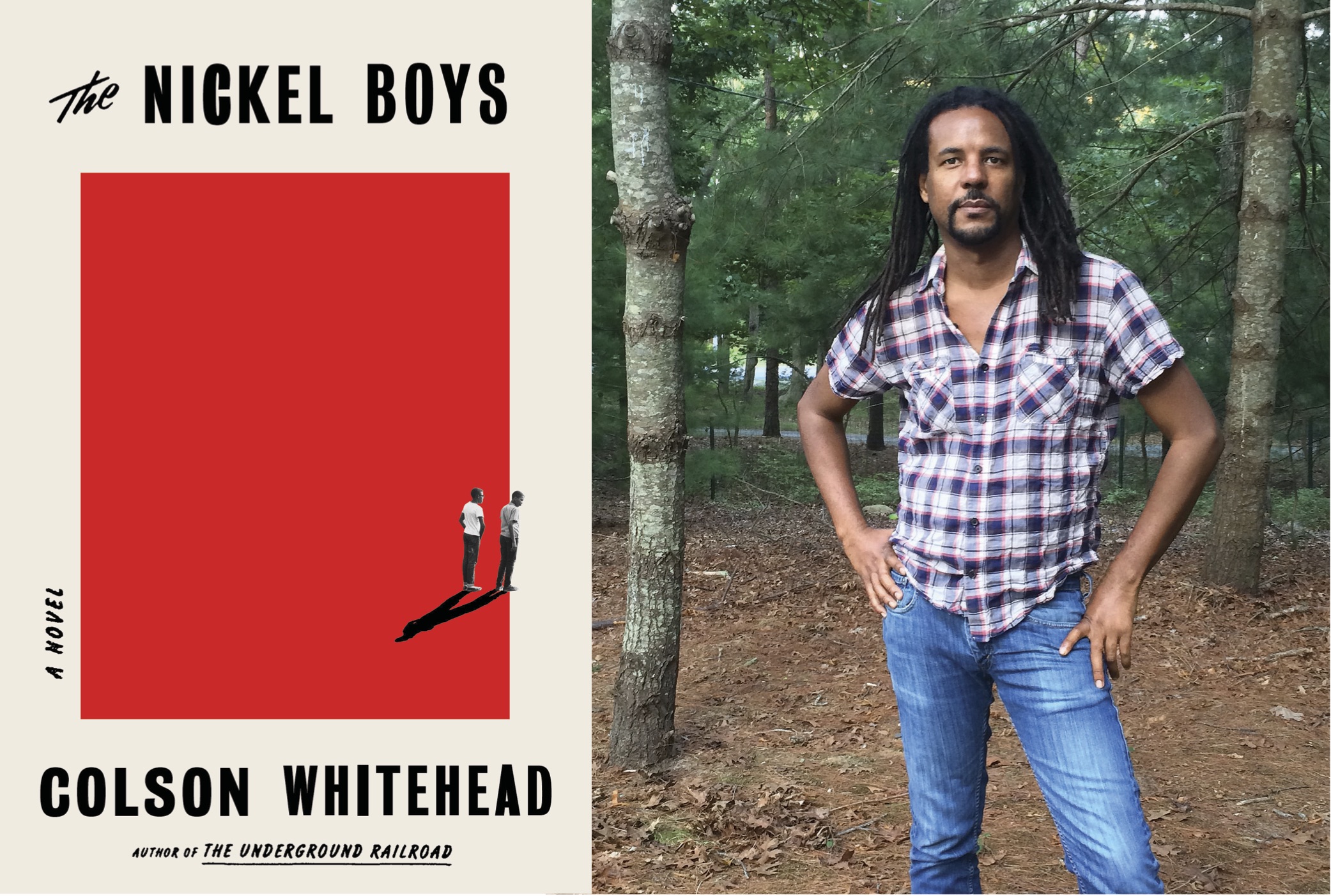 ONLINE ticket sales for this event have ended. Tickets will be sold at the venue this evening, beginning at 6:00. Thank you!

Bookshop Santa Cruz presents Pulitzer Prize and National Book Award–winning author Colson Whitehead for a reading and signing of The Nickel Boys, his highly anticipated followup and companion to The Underground Railroad. This special ticketed event will take place at Peace United Church (900 High St., Santa Cruz, CA) and is cosponsored by The Humanities Institute at UC Santa Cruz and 90.3 KAZU.

TICKET PACKAGES: Ticket packages are $30 and include ONE ticket for entry and one copy of The Nickel Boys. PURCHASE TICKETS BELOW.

Free entry and a book will be given out to the first 50 UCSC students to attend (student ID required at the door).

Please note that Colson Whitehead will only be signing copies of The Nickel Boys. He will also sign copies of his previous books that are purchased at the event. No photographs, please.

In his speech accepting the 2016 National Book Award for The Underground Railroad, Colson Whitehead summarized the responsibility of writers in our difficult times: Be Kind. Make Art. Fight the Power. With his astonishing new novel, it’s clear he’s taken his own counsel to heart.

A perfect follow-up and companion to The Underground Railroad, in The Nickel Boys, Colson Whitehead recreates the horrors of segregation and the struggles of the Civil Rights movement as the backdrop for an emotionally charged and compulsively readable novel populated with deeply empathetic characters.

In the early 1960s, as the Civil Rights movement begins to reach segregated Tallahassee, Florida, one innocent mistake is all it takes for Elwood Curtis to become sentenced to the Nickel Academy — a grotesque chamber of horrors where sadistic staff abuse the students, corrupt officials steal food and supplies, and any boy who resists is likely to disappear “out back.” Elwood takes the words of Dr. Martin Luther King to heart. “Throw us in jail and will still love you.” His friend Turner thinks Elwood is worse than naïve — that the world is crooked, and that the only way to survive is to scheme and avoid trouble. The tension between Elwood’s ideals and Turner’s skepticism leads to a decision with repercussions that will echo for decades.

Highlighting a story that hasn’t been widely shared before about one of our country’s secret tragedies, in The Nickel Boys, not only does Colson Whitehead bring to life vividly the evils of Jim Crow America — he also brings to life the heartbreaking story of two boys and their impossible choices. Elwood and Turner will become known to readers as two of the most indelible characters in modern fiction thanks to Colson Whitehead’s prodigious talent and boundless compassion.

Read an interview with Colson Whitehead about why he wrote The Nickel Boys in the New York Times.