Dying of Whiteness: How the Politics of Racial Resentment Is Killing America's Heartland (Paperback)

A physician's "remarkable" account of how right-wing backlash policies have mortal consequences (Minneapolis Star Tribune) -- even for the white voters they promise to help.

In election after election, conservative white Americans have embraced politicians who pledge to make their lives great again. But as physician Jonathan M. Metzl shows in Dying of Whiteness shows, the policies that result actually place white Americans at ever-greater risk of sickness and death. Interviewing a range of everyday Americans, Metzl examines how racial resentment has fueled progun laws in Missouri, resistance to the Affordable Care Act in Tennessee, and cuts to schools and social services in Kansas. e shows these policies' costs: increasing deaths by gun suicide, falling life expectancies, and rising dropout rates.
Now updated with a new afterword, Dying of Whiteness demonstrates how much white America would benefit by emphasizing cooperation rather than chasing false promises of supremacy.

Jonathan M. Metzl is the Frederick B. Rentschler II professor of sociology and psychiatry at Vanderbilt University and director of its Center for Medicine, Health, and Society. He is the author of several books and a prominent expert on gun violence and mental illness. He hails from Kansas City, Missouri, and lives in Nashville, Tennessee.

"Malcolm X began by adoring whiteness, grew to hate white people and, ultimately, despised the false concept of white superiority-a killer of people of color. And not only them: low- and middle-income white people too, as Metzl's timely book shows, with its look at Trump-era policies that have unraveled the Affordable Care Act and contributed to rising gun suicide rates and lowered life expectancies."—New York Times Book Review

"Traveling through the American heartland, a physician deconstructs how right-wing policies have fatal consequences, even for the voters they purport to help. Metzl paints a blistering portrait of a subculture so in thrall to racist ideology that they willingly invite rising gun suicides, poor healthcare, and falling life expectancies."—Esquire

"Provocative...brings a unique blend of psychiatric insight and data analysis-as well as some nifty philosophical insights into what people mean by concepts of risk, cost, and community-to a problem that will no doubt persist even beyond our current presidency."—Boston Globe

"Metzl allows citizens to speak for themselves, adding authenticity to his project...As the tragedies that Metzl illustrates become more widely known, perhaps reason and humility will regain their place in American political discourse."—Chapter 16

"Remarkable...Through field interviews, research and public-health data, Metzl shows that whites are harming themselves along with everyone else, and in drastic ways...A weighty but smooth read, devoid of polemics or jargon."—Minneapolis Star Tribune

There is a propulsive force to this account that is hard to shake. That’s because of the data Metzl assembles: compelling, grim, and arresting data, presented in clear prose and heartbreaking charts and tables…In the end, it is Metzl’s shocking conclusions that keep ringing in your head long after you put his book down.”—Public Books

"There is a propulsive force to this account that is hard to shake. That’s because of the data Metzl assembles: compelling, grim, and arresting data, presented in clear prose and heartbreaking charts and tables…In the end, it is Metzl’s shocking conclusions that keep ringing in your head long after you put his book down.”—Christian Century

"Groundbreaking...Metzl methodically and adeptly marshals statistical evidence that policies promising to bolster white Americans' status have instead made life 'sicker, harder, and shorter' for all..."—Publishers Weekly

"A provocative, instructive contribution to the literature of public health as well as of contemporary politics."—Kirkus Reviews

"Here is the diagnosis, America, and it's not reassuring: failing health, falling graduation rates, guns everywhere. Our fantasies are driving us to an early grave, and Jonathan M. Metzl is lucid and careful and mercifully clinical in telling us exactly how this public health disaster came to be. Read it today: there's still time before the autopsy."—Thomas Frank, author of What's the Matter With Kansas? and Listen,
Liberal


"Dying of Whiteness unveils how the very policies marketed to white people as 'making America great again' end up harming the well-being of whites as a demographic group. This is must reading for anyone interested in understanding the current racial landscape of the United States."—Jelani Cobb, Ira A. Lipman Professor of Journalism, Columbia Journalism School

"Copious data have long shown us the deadly effects of racist health policies on African Americans. But in Dying of Whiteness, Jonathan M. Metzl powerfully shows us this coin's reverse: the deadly effects on white populations of contemporary policies promulgated by vengeful politicians to 'restore' an imaginary white superiority, and embraced by resentful, marginalized whites. Dying of Whiteness illuminates the dual devastation wrought by policies that limit access to care for the poor of every race."—Harriet A. Washington, author of Medical Apartheid

"In his pathbreaking and provocative book, Jonathan M. Metzl draws on his dual acuity as physician and social scientist to help make sense of the urgent issue of our time: how individuals not only act against their self-interests, but also support policies that contribute to their own early demise. A threadbare social safety net, further unraveled by virulent racism, has given way to an ailing body politic. Empathetic and poignant, this vital work exposes how an investment in whiteness works to the deficit of us all."—Alondra Nelson, Columbia University and Social Science Research Council

"In this paradigm-shifting tour de force, Jonathan M. Metzl brilliantly illuminates the shocking ways that
white supremacy, through backlash governance, kills white people too. Moving deftly between mountains
of data and compelling storytelling, Dying of Whiteness makes a vital contribution to our national
conversation about racism and its discontents. Metzl uncovers the contemporary paradox of whiteness: a
struggle to preserve white privilege in the midst of the declining value of whiteness. This is a must-read if
you want to understand how race and the color line operate in twenty-first-century America."—Dorian Warren, president, Community Change, and co-chair, Economic Security Project

"Dying of Whiteness brilliantly demonstrates the tremendous impediment that white racism and backlash politics pose to our society's wellbeing, at a time when many white Americans quite literally would rather die than support policies they see as benefiting people of color. Jonathan M. Metzl issues an urgently needed call to acknowledge the deadly toll of investing in whiteness-and to work collectively toward a just society that would be healthier for everyone."—Dorothy Roberts, author of Killing the Black Body

"As a progressive Missouri state legislator, I applaud Jonathan M. Metzl's dive into policies and agendas
which are destructive to those most in need. He is correct in that racial resentment is the primary reason
Medicaid expansion was not allowed to be debated on the House floor the past eight years. He is also correct
in exposing racism as a primary reason why my home state of Missouri has loosened gun restrictions even
though suicides, accidental, and domestic shootings have skyrocketed in every zip code-including in
predominantly white areas. Racial overtones also color healthcare and gun legislation debates in the Capitol,
as well as many lobbying efforts. Dying of Whiteness boldly exposes the devastating consequences of these politics for everyone, and calls on us to push back against racial resentment for the benefit of all."—Hon. Stacey Newman, Missouri House of Representatives, 2010-2018

"Policy makers, scholars, and the public at large need to read Jonathan M. Metzl's Dying of Whiteness. He forcefully but with empathy demonstrates how poor and working class whites are literally killing themselves by supporting policies on guns, health care, and taxes framed as defending white authority but which, in truth, benefit the white elite."—Eduardo Bonilla-Silva, James B. Duke Professor of Sociology,
Duke University


"Jonathan M. Metzl goes to Missouri, Tennessee, and Kansas to understand why people support gun, health,
and school policies they will suffer from. An informative snapshot of how 'the other half' live and die."—Dr. Alfredo Morabia, editor-in-chief, American Journal of PublicHealth

END_OF_DOCUMENT_TOKEN_TO_BE_REPLACED 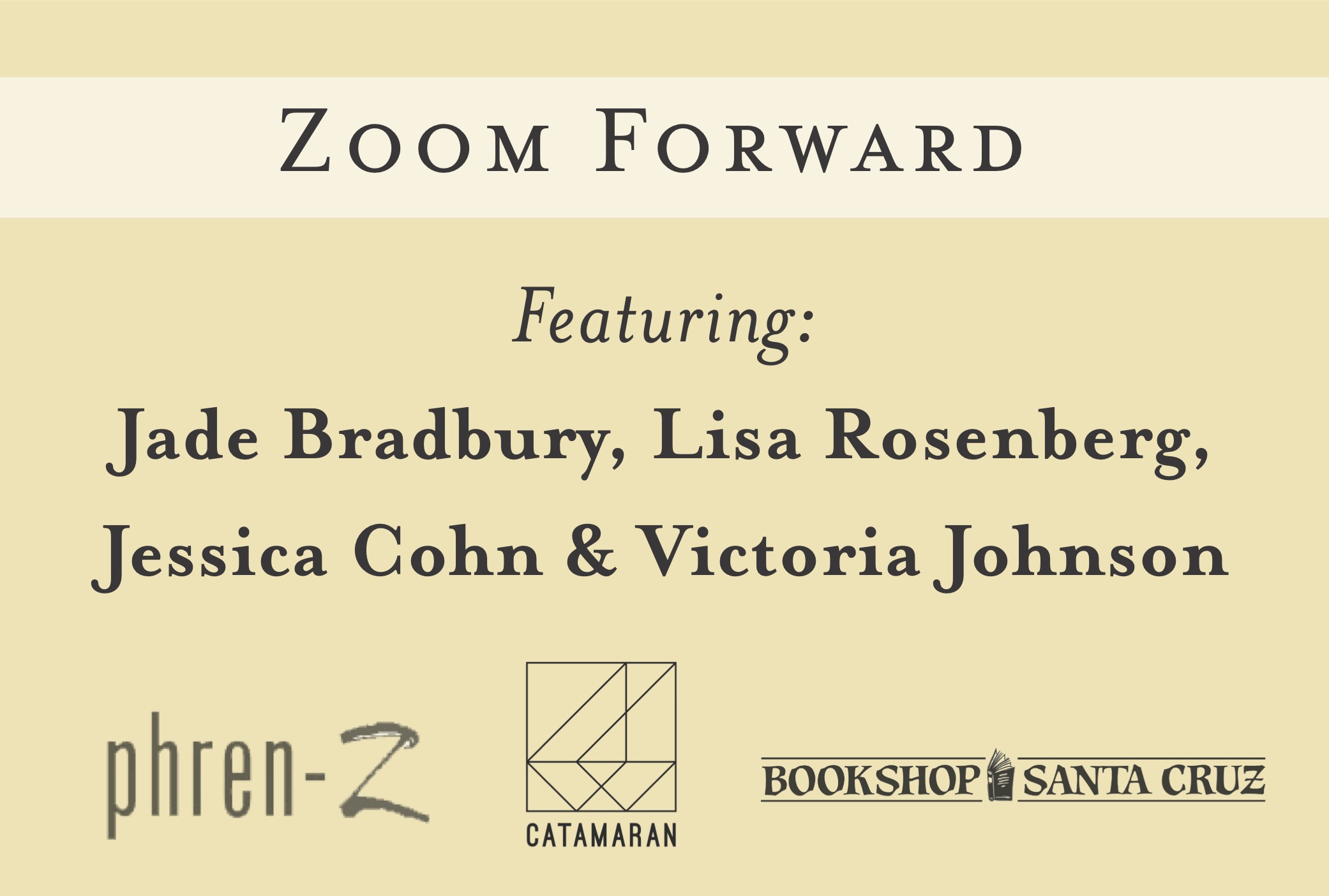