By Carrie Goldberg, Jeannine Amber (Contributions by)
$27.00
Not On Our Shelves, But Available from Warehouse - Usually Delivers in 3-14 Days

Nobody's Victim is an unflinching look at a hidden world most people don’t know exists—one of stalking, blackmail, and sexual violence, online and off—and the incredible story of how one lawyer, determined to fight back, turned her own hell into a revolution.

“We are all a moment away from having our life overtaken by somebody hell-bent on our destruction.” That grim reality—gleaned from personal experience and twenty years of trauma work—is a fundamental principle of Carrie Goldberg’s cutting-edge victims’ rights law firm.

In gripping detail, Carrie shares the diabolical ways her clients are attacked and how she, through her unique combination of advocacy, badass relentlessness, risk-taking, and client-empowerment, pursues justice for them all. There are stories about a woman whose ex-boyfriend made fake bomb threats in her name and caused a national panic; a fifteen-year-old girl who was sexually assaulted on school grounds and then suspended when she reported the attack; and a man whose ex-boyfriend used a dating app to send more than 1,200 men to ex's home and work for sex. With breathtaking honesty, Carrie also shares her own shattering story about why she began her work and the uphill battle of building a business.

While her clients are a diverse group—from every gender, sexual orientation, age, class, race, religion, occupation, and background—the offenders are not. They are highly predictable. In this book, Carrie offers a taxonomy of the four types of offenders she encounters most often at her firm: assholes, psychos, pervs, and trolls. “If we recognize the patterns of these perpetrators,” she explains, “we know how to fight back.”

Deeply personal yet achingly universal, Nobody's Victim is a bold and much-needed analysis of victim protection in the era of the Internet. This book is an urgent warning of a coming crisis, a predictor of imminent danger, and a weapon to take back control and protect ourselves—both online and off.

Carrie Goldberg is a victims’ rights lawyer in Brooklyn, litigating nationally for targets of online harassment, stalking, and sexual assault. Before becoming a lawyer, Carrie spent five years working for Nazi victims, and prior to starting her firm in 2014, she was a lawyer at the Vera Institute of Justice in New York City. She has been profiled in The New Yorker, The Times (London), Glamour, Jezebel, and the New York Post, and has written op-eds for The Washington Post and The Huffington Post. Her major litigations include Herrick v. Grindr, NNAF v. John Doe, Hadley v. City of Anaheim, Anonymous v. NYC DOE, and Jane Doe 1–14 v. GirlsDoPorn.com, et al. She was featured in the documentary Netizens, and her life and work is the basis for an upcoming, fictional legal procedural television show.

"[A] memoir doubling as a rallying cry for privacy justice. . . . Goldberg chronicles in Nobody’s Victim her battle for justice in a tone that is both take-no-prisoners and warmly gregarious . . . The cases she narrates are gut-wrenching, and her conversational approach lightens what could otherwise be an unbearably heavy load. It also makes accessible the complicated legal history leading to our current moment."
—New York Times Book Review

"Another essential read for the #MeToo era, Nobody’s Victim illuminates the nightmare “stalking, blackmail and sexual violence” wreaks on people’s lives and reveals how lawyer Carrie Goldberg is helping her clients fight back."
—Paste Magazine

"Goldberg’s writing is sharp and engaging. . . . Nobody’s Victim holds the bracing promise of inspiring more people to expose those mofos, get that shit off the internet, get that money—and refuse to be shamed into silence and submission."
—Bitch

“Feminists who grew up alongside the internet—who don’t see a distinction between real life and what happens online—will find Nobody’s Victim instructive; those who identify as survivors will find it essential.”
—Elle

“Arguably the defining book of the #MeToo era so far.”
—Refinery29

"Nobody’s Victim is a battle cry not just against the various subgenres of abusive men (and they are mostly men) responsible for extorting, threatening, harassing, stalking, or assaulting Goldberg’s clients, but also their enablers—the victim-blaming cops and judges, ‘chickenshit’ school officers, and the tech moguls and venture capitalists who fund and build ‘the idiot inventions that ruin our lives.’"
—Mother Jones

“In her decade as a victims’ rights lawyer, Carrie Goldberg has seen it all: a man who made fake bomb threats in his ex-girlfriend’s name; a 15-year-old who was sexually assaulted at school and suspended when she reported the crime; a man who used a dating app to send 1,200 men to his ex’s home. The resulting book details how to take control and protect yourself.”
—MarieClaire

“Goldberg writes with searing fury, but she is also smart, engaging and sometimes funny… The book’s no-bullshit, take-no-prisoners attitude is a call to arms, with an overarching goal to transform clients from survivors into warriors.”
—Ms. Magazine

“An important, harrowing look into the dark underbelly of the internet, this book sheds light on the mistreatment of victims and on the society and justice system that often fail them.”
—Bookpage

“A significant book that will hopefully spark change.”
—Kirkus Reviews

“Engrossing and unique, this is an important addition to the canon of #MeToo-era social science tomes.”
—Booklist (starred review)

“This is an illuminating and significant window into the present state of victims’ rights and a potentially powerful resource for readers dealing with abuse or harassment.”
—Publishers Weekly

"Nobody’s Victim is terrifying, empowering and comforting."
—The Southern Illinoisan

“We need more warriors like Carrie using the law to help take down sexual predators and the institutions that protect them.”
—Tarana Burke, founder of the Me Too movement

“Carrie Goldberg has written a timely, necessary and uniquely authoritative book about the modern-day scourges of on-line harassment, stalking, sextortion, and non-consensual porn--and how to fight them. But her book is also a strikingly honest memoir and a riveting read. The stories she tells illuminate real horrors, as well as real bravery--her own and that of the people she represents.”
—Margaret Talbot, staff writer, The New Yorker

“In Nobody's Victim, Carrie takes on the villains threatening the lives of women and girls: Internet moguls who put profit over the safety of their users, predators who use the internet like a hunting ground, and misogynist trolls who terrorize women for sport. Thoroughly researched and with shocking anecdotes from Carrie and her clients, Nobody’s Victim is an indispensable work for anyone who wants to understand how we got here and, more importantly, what we need to do to fight back. Part memoir and part manifesto, Nobody’s Victim is thoughtful, urgent, and impossible to put down.”
—Nancy Jo Sales, author of New York Times bestseller American Girls: Social Media and the Secret Life of Teenagers and director of HBO’s Swiped: Hooking up in the Digital Age

“Nobody’s Victim provides the raw honesty that we desperately need as we examine how the Internet age has upended everyday life. Only Carrie Goldberg could tell this powerful, compelling, and lucid story, which gives voice to so many people who have experienced unimaginable harms. As policymakers debate how to make the Internet—and the world—a safer place, I hope that Nobody’s Victim will be at the top of their reading list.”
—Jeff Kosseff, author, The Twenty-Six Words That Created the Internet

“Carrie Goldberg is a warrior against trolls and misogynists, as she bravely details in Nobody's Victim. The experiences of Carrie's clients may boil your blood--but beneath these known statistics is the reality that most harassment remains unseen, unreported, and legal. Nobody's Victim is a call to arms against abusers, and a reminder that survivors of gendered violence are not alone in their fight.”
—Audrey Gelman, CEO and Co-Founder of The Wing

END_OF_DOCUMENT_TOKEN_TO_BE_REPLACED 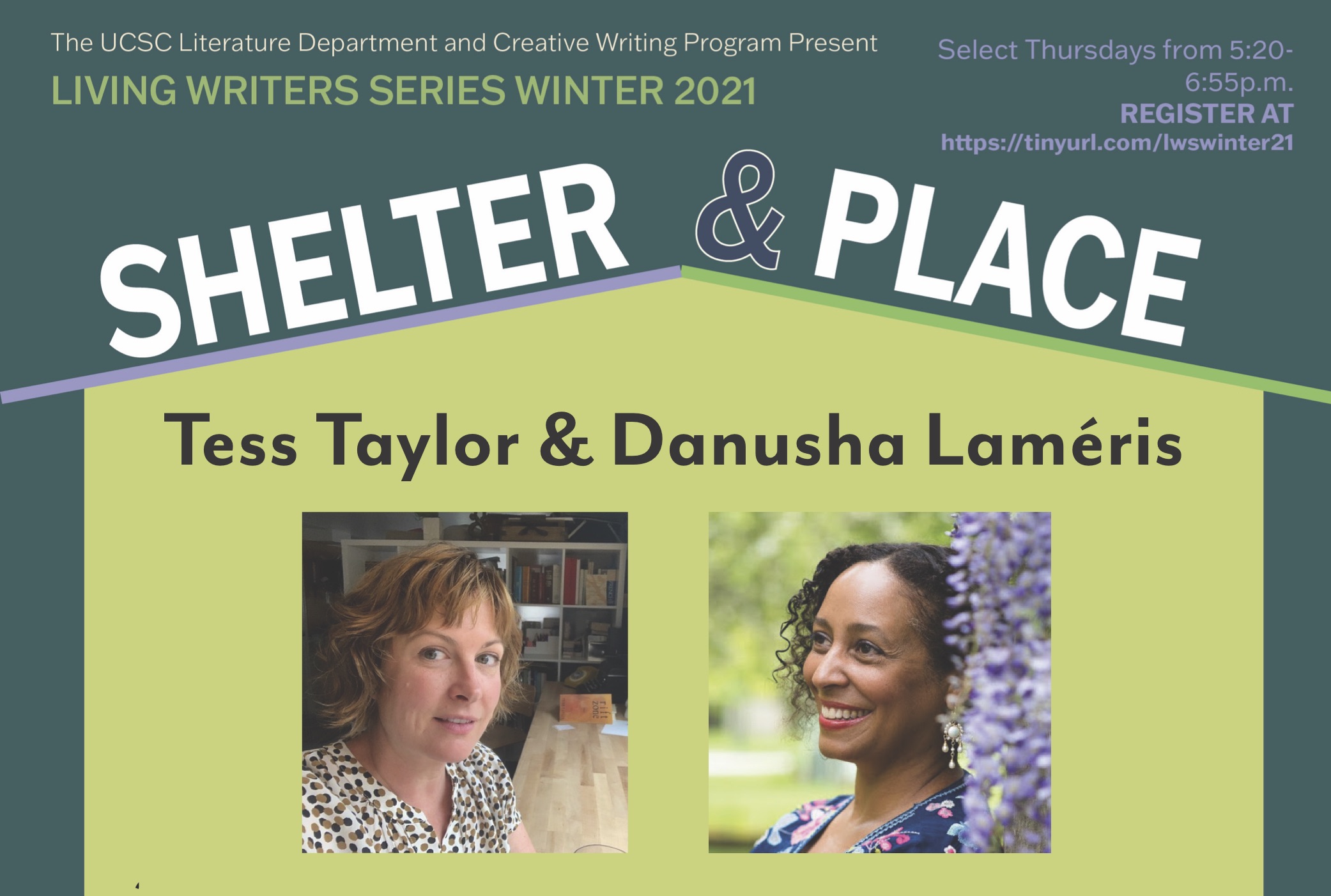