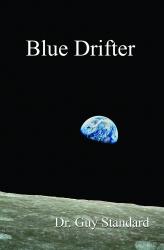 ONCE UPON A NUMBER OF TIMES TOGETHER there used to be a town, a town like Pelón. In point of fact, a rather good deal like Pelón. Pelón was a relodge and didn’t have to happen. Pelón could very easily be a relodge, a real relodge  --  Pelón? Pelón, oiga, could really bring you down. Pelon, the saying among those who knew, was that Pelón? Pelón could make you lick dirt. Pelón, truth told (for just this once) had a vivid character. And an old boy could get himself killed if he didn’t get his (or hers, for that matter) ass out of town, or, perhaps go around town doing some killing, himself. Pelón was a place like that.
There was a boy there, a real boy, this time, wanted to be a pro golfer. Wanted to be a singer, too. Hit drives that went  300 yards on a clothes-line that blossomed to drop almost plumb straight down, no roll. Already had his swing and could be deadly with any iron, when he wasn’t grandstanding trying to carry a big dogleg, so he could have just a wedge-pitch left. His partner in crime (this was Pelón high school days) was named James Wayne Smith, who always scored better at medal-play than himself who was called Billy (“Shakespeare”) Bocho Borrego who got himself killed for not having got the fuck out of Pelón, immediately, and an older James Wayne Smith had to go to prison to get the swine who’d murdered his friend, who’d tormented his friend to death. They wrote some pretty professional tunes and Billy got to sing them at assembly and play at the Sunset Ballroom, and they had almost two whole years to get to be pretty good. Not that it ever was to do either one much of any good. Pelón was always, and would always be a real
relodge. Pelón could really bring you down. In short, Pelón is a yarn.
$14.95