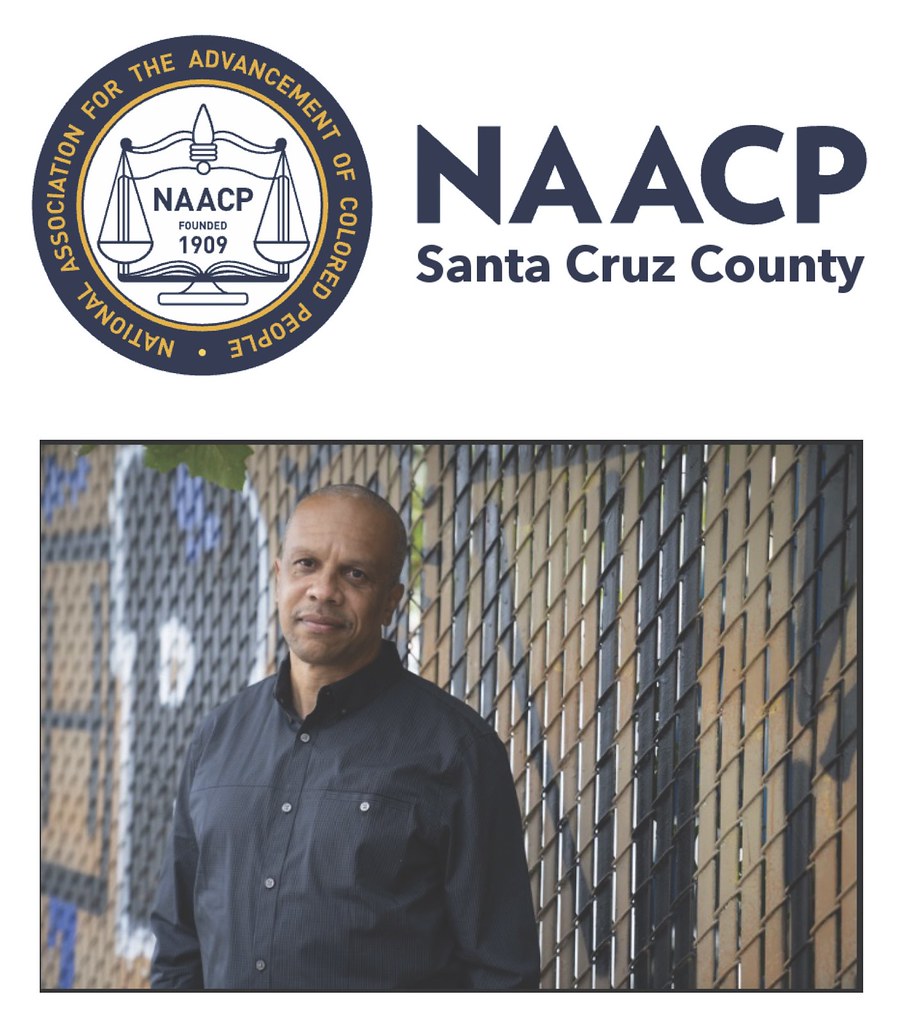 VIRTUAL TICKETED EVENT: Yusef Salaam, one of the wrongfully incarcerated Central Park Five, will discuss his powerful new book, Better, Not Bitter: Living on Purpose in the Pursuit of Racial Justice. This event is cosponsored by NAACP Santa Cruz County Branch. Salaam will be in conversation with James King of the Ella Baker Center for Human Rights.

Salaam's memoir is an inspiring story that grew out of one of the gravest miscarriages of justice, one that not only speaks to a moment in time or the rage-filled present, but reflects a 400-year history of a nation's inability to be held accountable for its sins. Yusef Salaam's message is vital for our times, a motivating resource for enacting change. Better, Not Bitter has the power to soothe, inspire and transform. It is a galvanizing call to action.

Tickets for this special event are available on Eventbrite! Click here!

Yusef Salaam is the inspirational speaker and prison reform activist, who, at age fourteen was one of the five teenage boys wrongly convicted and sentenced to prison in the Central Park jogger case. In 1997, he left prison as an adult to a world he didn't fully recognize or understand. In 2002, the sentences for the Central Park Five were overturned, and all Five were exonerated for the crime they didn't commit.

Yusef now travels the world as an inspirational speaker, speaking about the effects of incarceration and the devastating impact of disenfranchisement. He is an advocate and educator on issues of mass incarceration, police brutality and misconduct, press ethics and bias, race and law, and the disparities in the criminal justice system, especially for men of color.

James King is the Campaign Manager for the Ella Baker Center for Human Rights. Prior to joining the organization, James worked to build recognition of the value of people who are being held in carceral spaces. In 2016, he organized a symposium at San Quentin, where he and other incarcerated students made specific policy recommendations concerning the implementation of Prop 57. In attendance were the Secretary of the California Department of Corrections and Rehabilitation, various officials from the California Governor’s office, numerous social justice advocates, and many of his incarcerated peers.

James is also a writer and organizer, having written numerous op-eds, and a weekly blog that gave a first person perspective of the true impact of mass criminalization and living within the prison industrial complex. As an organizer, he founded a think tank of incarcerated people who were passionate about criminal justice policy and built relationships with multiple California criminal justice reform organizations.

Upon returning to society in December, 2019, James co-wrote and presented a TEDx Talk called “From Proximity to Power,” at California Polytechnic State University that advocated for recognizing the value and expertise of people who come from marginalized communities. His current policy interests include decarceration and improving the living conditions for incarcerated people, with the ultimate goal of creating alternatives to incarceration based upon investing in under-resourced communities.