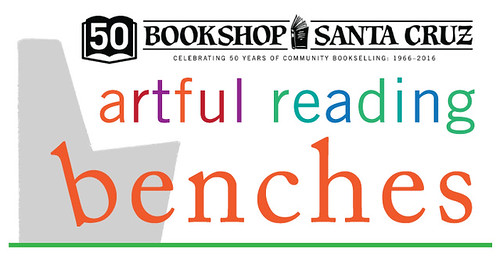 Bookshop Santa Cruz celebrated our 50th anniversary in 2016. As a way of giving back to the community and inspiring the next generation of readers, we funded the creation of three art benches to be placed in public playgrounds in the City of Santa Cruz. 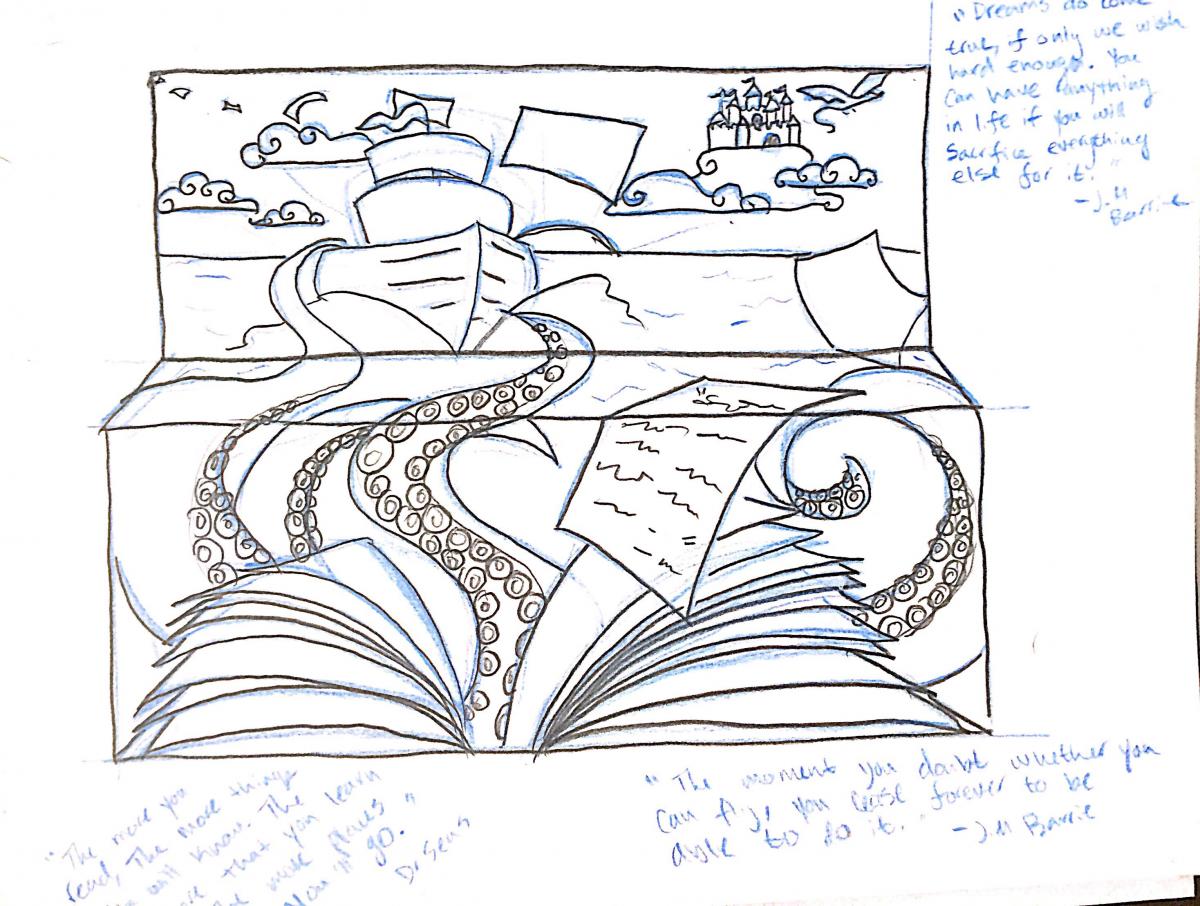 We put out a call to artists and from the wonderful submissions three artists were selected by a panel formed of representatives of Bookshop Santa Cruz, Arts Council Santa Cruz County, the City of Santa Cruz, and local artists.

Each bench, poured by Tom Ralston Concrete and transformed by local artists into an artful representation of the joy and imagination found within books, will serve as a reading spot for families in our local parks.

The benches were officially dedicated to the City of Santa Cruz in 2016. We hope these benches will inspire the next generation of readers for decades to come.

"It is our hope that reading with families in our local playgrounds becomes the norm.” —Casey Coonerty-Protti, Bookshop Santa Cruz Owner 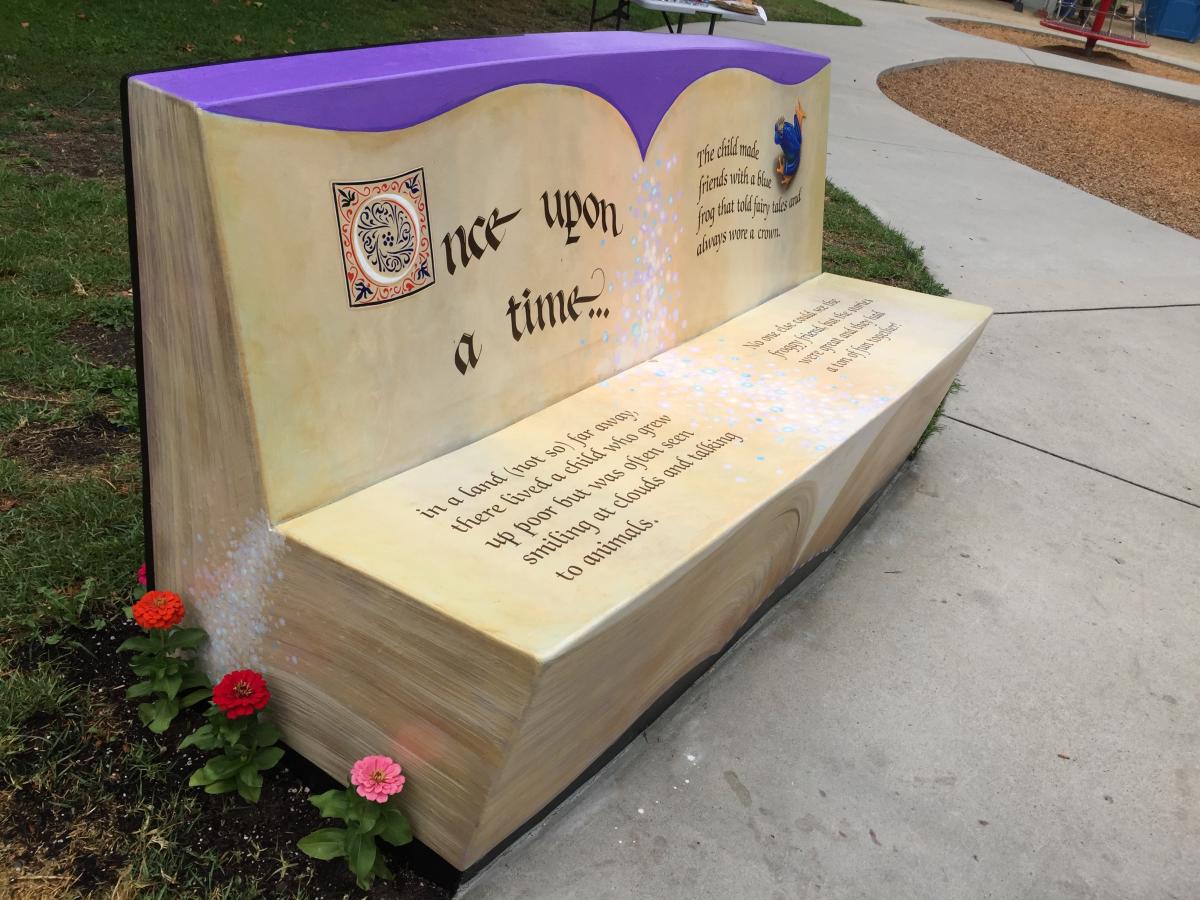 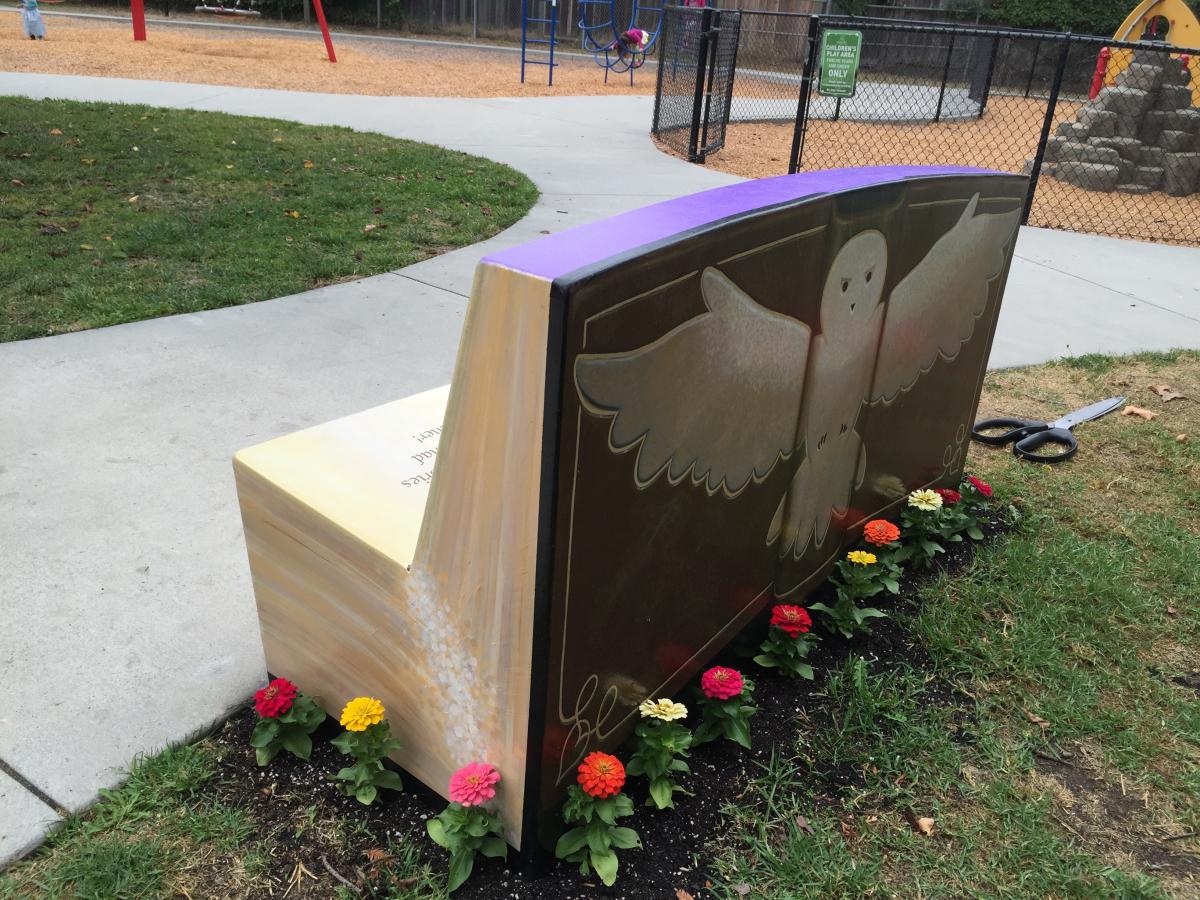 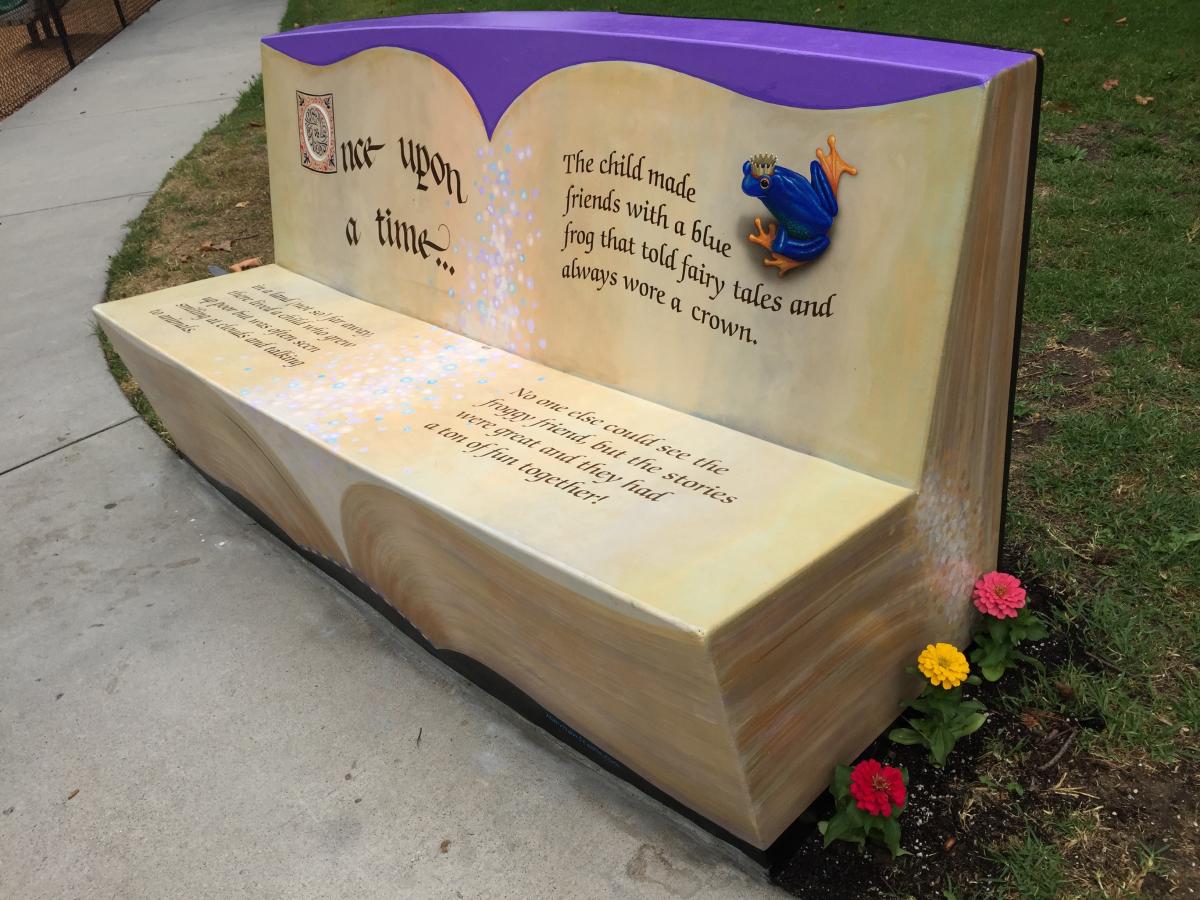 Designed by local artist Bruce Harman, this bench was officially dedicated to the City of Santa Cruz with a ribbon-cutting ceremonyat Grant Street Park on August 11, 2016. 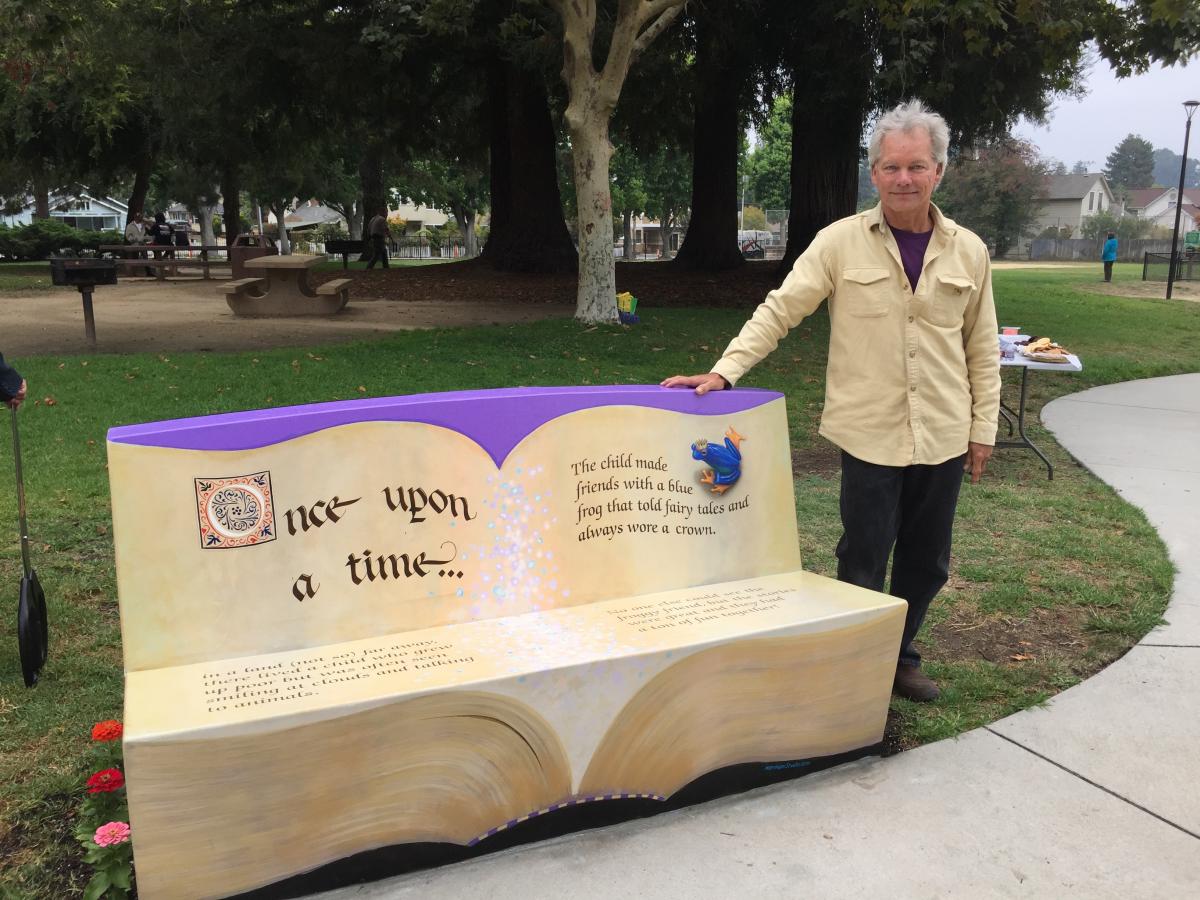 Public art by Bruce Harman can be seen around Capitola and Santa Cruz on traffic signal boxes as well as inside the Marine Exploration Center by the main wharf. His studio paintings take inspiration from the realm of archetypes and spiritual dynamics. Bruce prints and prepares his own canvases and archival limited edition prints, which can be seen decorating the walls of Dharmaʻs Restaurant in Capitola. 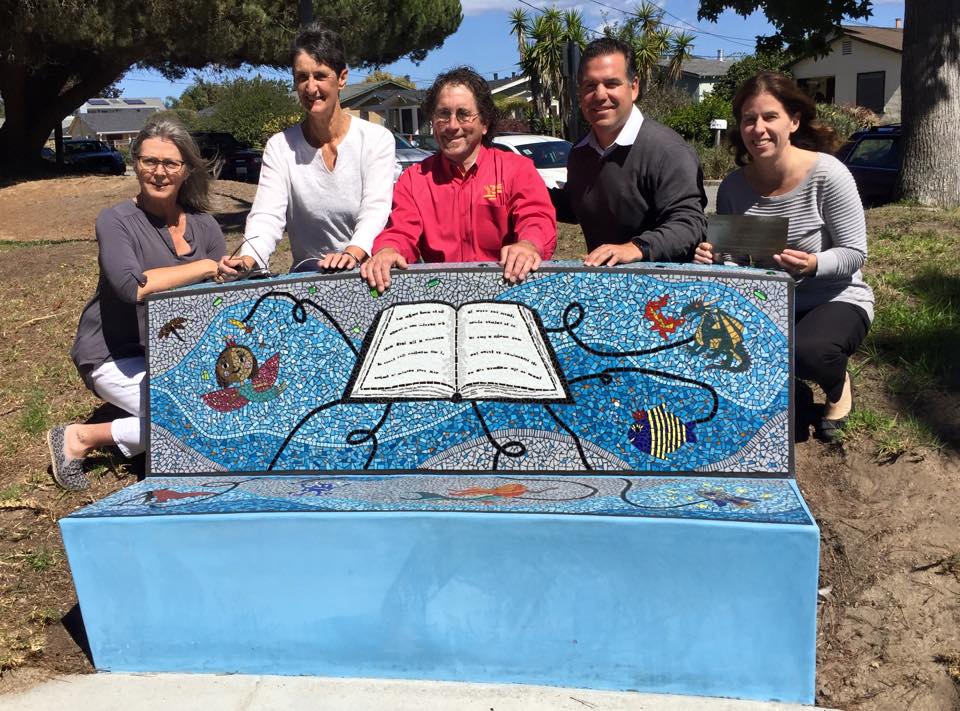 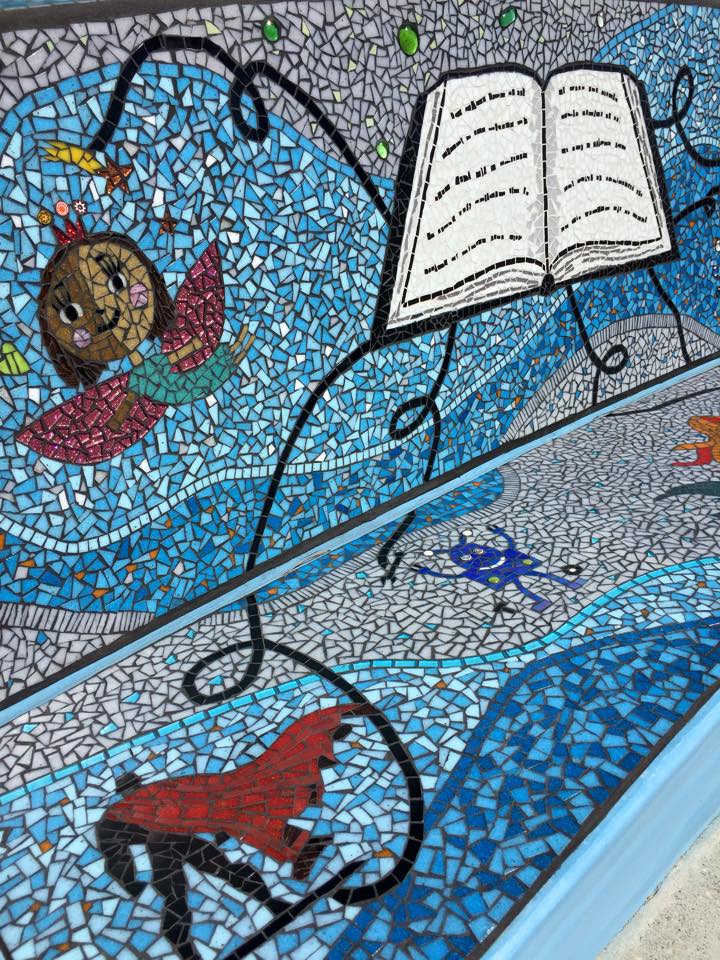 Designed by local artist Denise Davidson, this bench was officially dedicated to the City of Santa Cruz with a ribbon-cutting ceremony at Garfield Park on Septemeber 22, 2016. 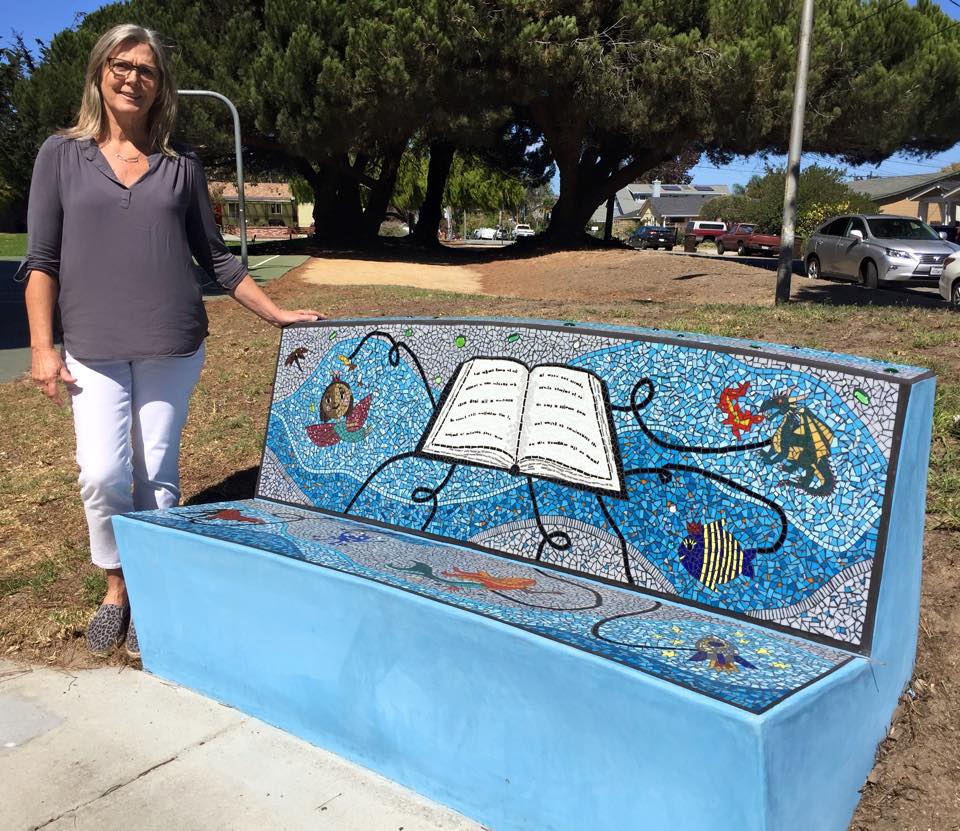 As a mosaic artist I typically work with glass tile and/or stained glass on a solid substrate (not transparent) or a clear glass substrate (transparent). My work tends to focus on the natural environment. I am inspired by natural beauty. Often, I use my photographs as part of the process for creating a mosaic piece. I have exhibited at galleries in Central and Northern California. I have designed and installed several residential commissioned pieces. 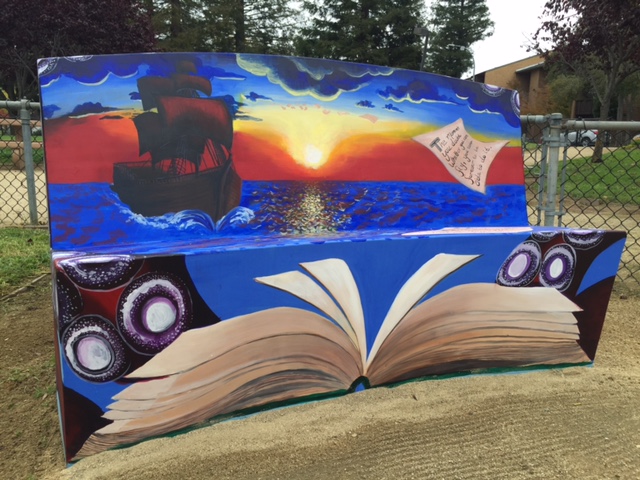 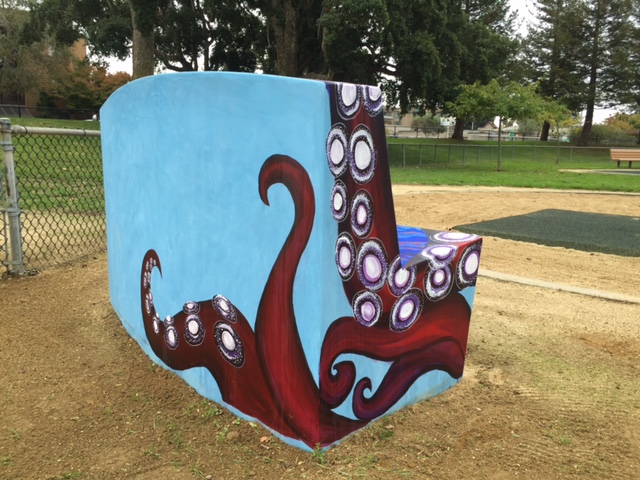 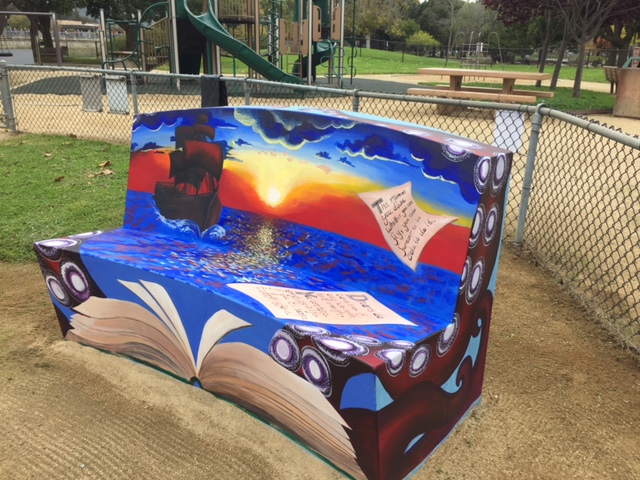 Designed by local artist Terra Dawson, this bench was officially dedicated to the City of Santa Cruz with a ribbon-cutting ceremony at San Lorenzo Park on October 25, 2016. 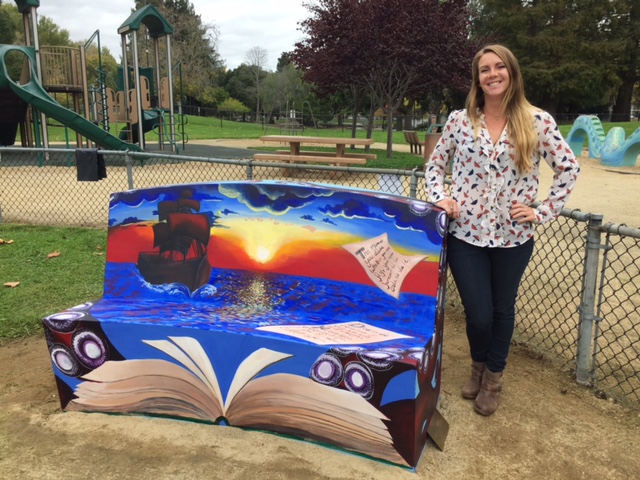 Terra Dawson is a naturalist and illustrator in Santa Cruz California. After attending UCSC and receiving her bachelors degree, she spent a few years painting and working and becoming a member of the Santa Cruz community. She attended CSUMB in 2013-2014 earning her a certificate in Scientific Illustration. She is passionate about nature and education and loves combining her skills as an artist with her love for nature. On most days you can find her hiking through the redwoods with a trail of 5th and 6th grade students behind her, sharing her knowledge of the forest and teaching her students nature journalling and sketching techniques.