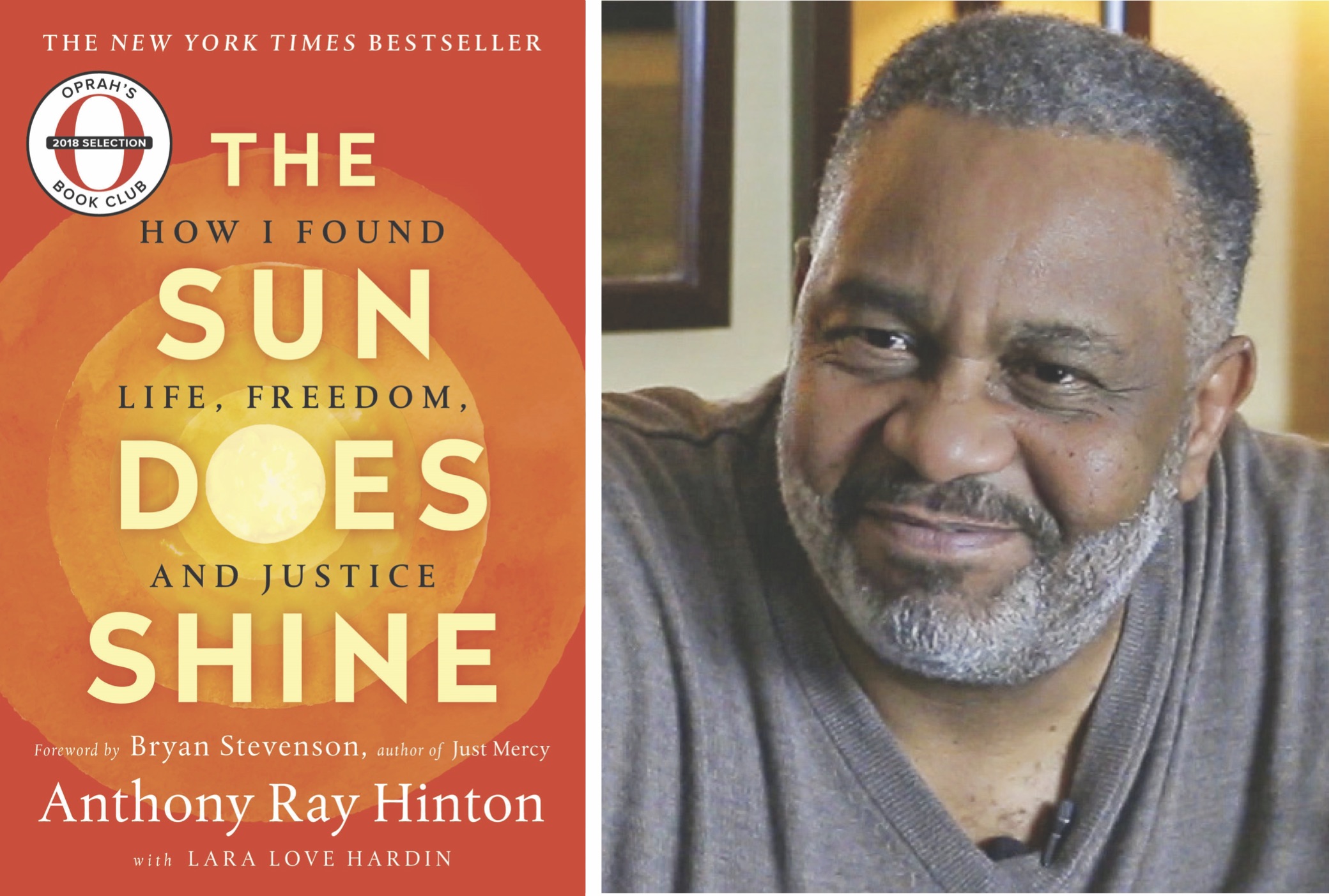 Bookshop Santa Cruz welcomes Anthony Ray Hinton and his coauthor Lara Love Hardin for a discussion and signing of Hinton's powerful memoir, The Sun Does Shine: How I Found Life and Freedom on Death Row—an Oprah Book Club selection.

In 1985, Anthony Ray Hinton was arrested and charged with two counts of capital murder in Alabama. Stunned, confused, and only 29 years old, Hinton knew that it was a case of mistaken identity. He believed the truth would prove his innocence and ultimately set him free.

Unfortunately, what Hinton’s memoir, The Sun Does Shine: How I Found Life and Freedom on Death Row, shows is that without money and a different system of justice for a poor black man in the South, he was sentenced to death by electrocution.

Hinton spent his first three years on Death Row at Holman State Prison in agonizing silence—despairing and angry at all those who had sent an innocent man to his death. But as Hinton recovered and challenged his fate, he resolved not only to survive, but to find a way to live on Death Row. For the next twenty-seven years he was a beacon—transforming not only his own spirit, but those of his fellow inmates, 54 of whom were executed mere feet from his cell. With the help of civil rights attorney and bestselling author of Just Mercy, Bryan Stevenson, Hinton won his release in 2015.

With a foreword by Stevenson, The Sun Does Shine is an extraordinary testament to the power of hope sustained through the darkest times. Destined to be a classic memoir of wrongful imprisonment and freedom won, The Sun Does Shine tells Hinton’s dramatic 30-year journey and shows how you can take away a man’s freedom, but you can’t take away his imagination, humor, or joy.

Anthony Ray Hinton is a Community Educator for the Equal Justice Initiative, and was falsely accused of committing two murders outside of Birmingham, Alabama, in 1985. He was wrongly convicted and spent nearly 30 years on Alabama's death row before he was exonerated and freed in April 2015. A deeply compelling speaker, he has become a powerful advocate against the death penalty and speaks nationally about the urgent need for criminal justice reform.

Lara Love Hardin is the COO and Editorial Director of Idea Architects, a creative book and media agency creating a wiser, healthier, more just world. She has an MFA in creative writing from UC Irvine and has collaborated on 10 books (4 NYT bestsellers) including the #1 New York Times bestseller Designing Your Life by Bill Burnett and Dave Evans. She lives in Santa Cruz, California with her husband, two dogs, and six children.

This free event will take place at Bookshop Santa Cruz. Chairs for open seating are usually set up about an hour before the event begins. If you have any ADA accommodation requests, please e-mail info@bookshopsantacruz.com by September 11th.

The Sun Does Shine: How I Found Life, Freedom, and Justice (Paperback)