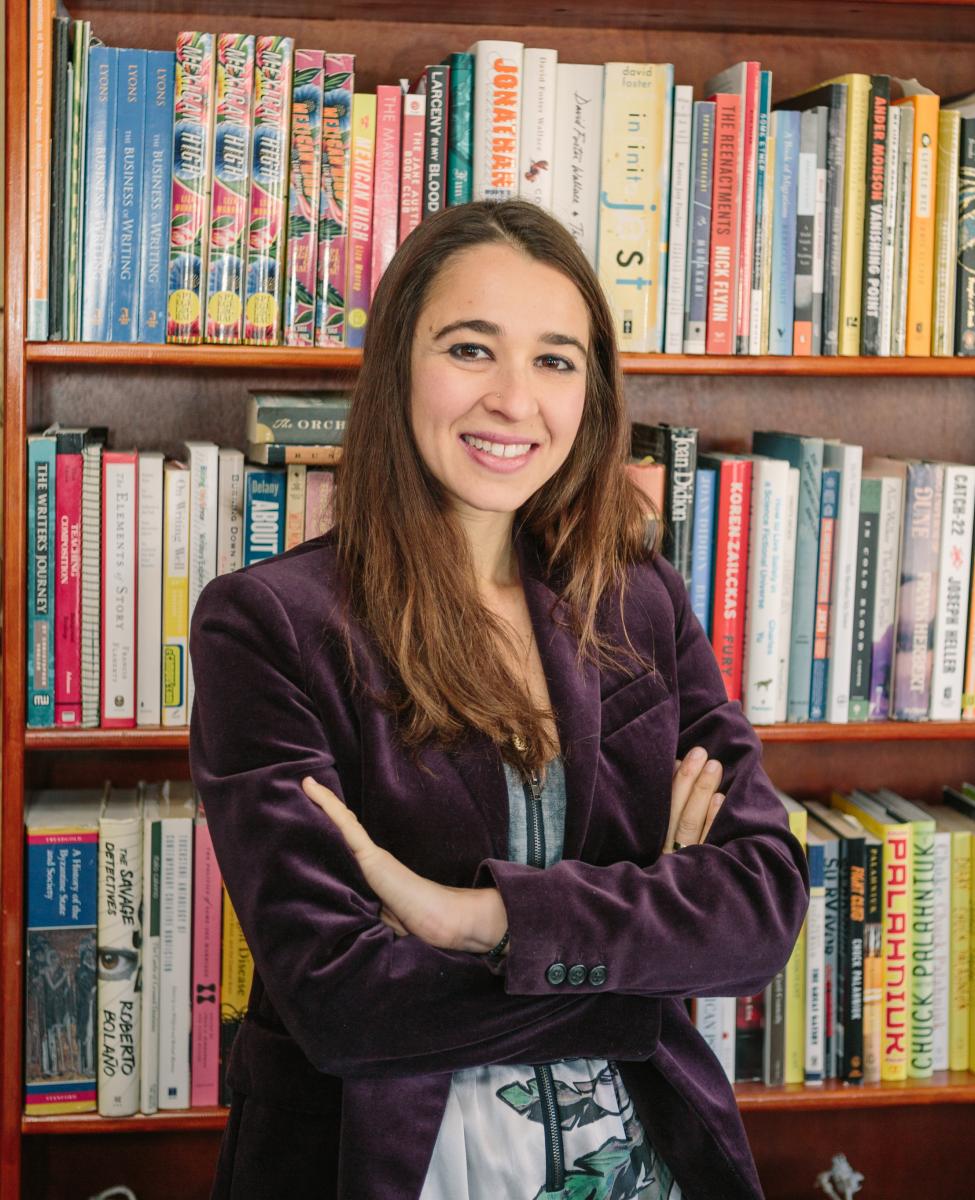 Join us for a virtual event with Ada Calhoun who will discuss We Can't Sleep: Women's New Midlife Crisis (available in paperback on January 19th), an in-depth exploration of the "new" midlife crisis hitting Generation X women—a topic she began writing about in a viral essay on Oprah.com. Calhoun will be in conversation with local writer Liza Monroy.

This is a free event. The book may be ordered below.
You can make a donation to help support Bookshop Santa Cruz here. Thank you!

When Ada Calhoun found herself in the throes of a midlife crisis, she thought that she had no right to complain. She was married with children and a good career. So why did she feel miserable? And why did it seem that other Generation X women were miserable, too?

Calhoun decided to find some answers. She looked into housing costs, HR trends, credit card debt averages, and divorce data. At every turn, she saw a pattern: sandwiched between the Boomers and the Millennials, Gen X women were facing new problems as they entered middle age, problems that were being largely overlooked.

Speaking with women across America about their experiences as the generation raised to "have it all," Calhoun found that most were exhausted, terrified about money, under-employed, and overwhelmed. Instead of being heard, they were told instead to lean in, take "me-time," or make a chore chart to get their lives and homes in order.

In Why We Can't Sleep, Calhoun opens up the cultural and political contexts of Gen X's predicament and offers solutions for how to pull oneself out of the abyss—and keep the next generation of women from falling in. The result is reassuring, empowering, and essential reading for all middle-aged women, and anyone who hopes to understand them.

"A superb mix of personal stories and deep research about a generation of women who are facing unprecedented pressure as they enter middle age. It's at once realistic, but positive, asking women to face up to reality, let go of expectations, find a support system and accept this stage isn't forever." — Huffington Post

ADA CALHOUN is the author of the memoir Wedding Toasts I'll Never Give, named one of the top ten memoirs of 2017 by W magazine; and the history St. Marks Is Dead, one of the best books of 2015, according to Kirkus and the Boston Globe. She has collaborated on several New York Times bestsellers, and written for the New York Times, New York, and The New Republic.

LIZA MONROY is a Santa Cruz-based author and freelance journalist whose books include the essay collection Seeing As Your Shoes Are Soon To Be On Fire and the novel Mexican High. She has written for The New York Times, The Washington Post, Longreads, O, Marie Claire, Catamaran, and many other publications. Visit her online at www.lizamonroy.com.

Seeing As Your Shoes Are Soon to be on Fire: Essays (Paperback)