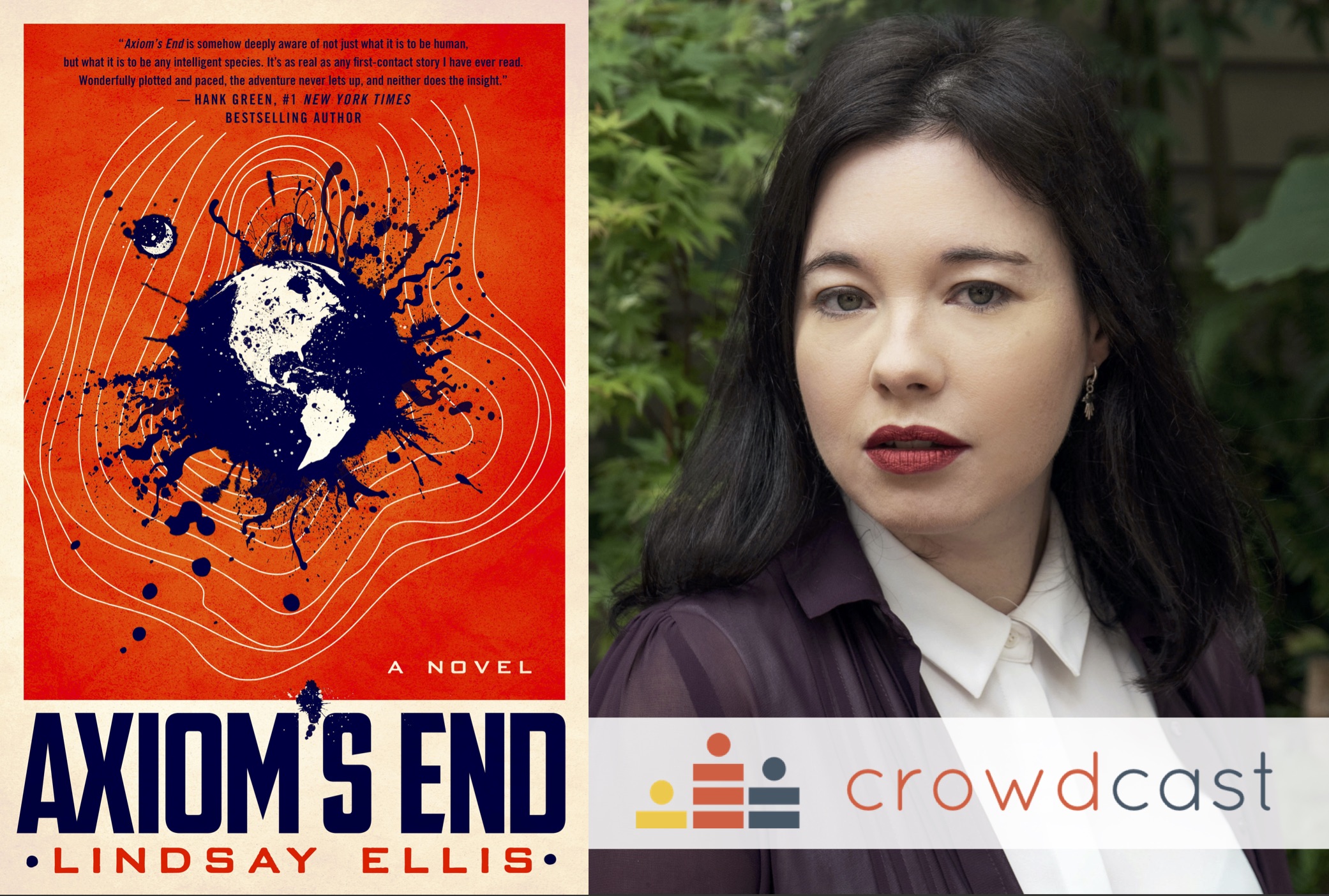 ﻿Click here to purchase your tickets for this virtual event!

ABOUT THE BOOK + AUTHOR:

By the fall of 2007, one well-timed leak revealing that the U.S. government might have engaged in first contact has sent the country into turmoil, and it is all Cora Sabino can do to avoid the whole mess. The force driving this controversy is Cora's whistleblower father, and even though she hasn't spoken to him in years, his celebrity has caught the attention of the press, the Internet, the paparazzi, and the government--and redirected it to her. She neither knows nor cares whether her father's leaks are a hoax, and wants nothing to do with him--until she learns just how deeply entrenched her family is in the cover-up, and that an extraterrestrial presence has been on Earth for decades.

To save her own life, she offers her services as an interpreter to a monster, and the monster accepts.

Learning the extent to which both she and the public have been lied to, she sets out to gather as much information as she can, and finds that the best way for her to find the truth is not as a whistleblower, but as an intermediary. The alien presence has been completely uncommunicative until she convinces one of them that she can act as their interpreter, becoming the first and only human vessel of communication. But in becoming an interpreter, she begins to realize that she has become the voice for a being she cannot ever truly know or understand, and starts to question who she's speaking for--and what future she's setting up for all of humanity.

"Axiom's End is somehow deeply aware of not just what it is to be human, but what it is to be any intelligent species. It's as real as any first-contact story I have ever read. Wonderfully plotted and paced, the adventure never lets up, and neither does the insight." —Hank Green, #1 New York Times bestselling author of An Absolutely Remarkable Thing

LINDSAY ELLIS is an author and video essayist who creates humorous educational online content about media, narrative, and film theory, and also co-writes and co-hosts the fiction-focused web series "It's Lit!" for PBS Digital Studios. After earning her bachelor's in Cinema Studies from NYU's Tisch School of the Arts, she earned her MFA in Film and Television Production from USC's School of Cinematic Arts with a focus in documentary and screenwriting. She lives in Long Beach, CA.

Lindsay Ellis will be in conversation with Emily VanDerWerff, the critic-at-large for Vox and the first TV editor of the A.V. Club. Her work has also appeared in the Los Angeles Times, Salon, and Grantland. She is the host of the Vox Media podcasts I Think You're Interesting and Primetime. Her first book, Monsters of the Week, published in 2018. She lives in Los Angeles with her wife and an ever fluctuating number of cats.