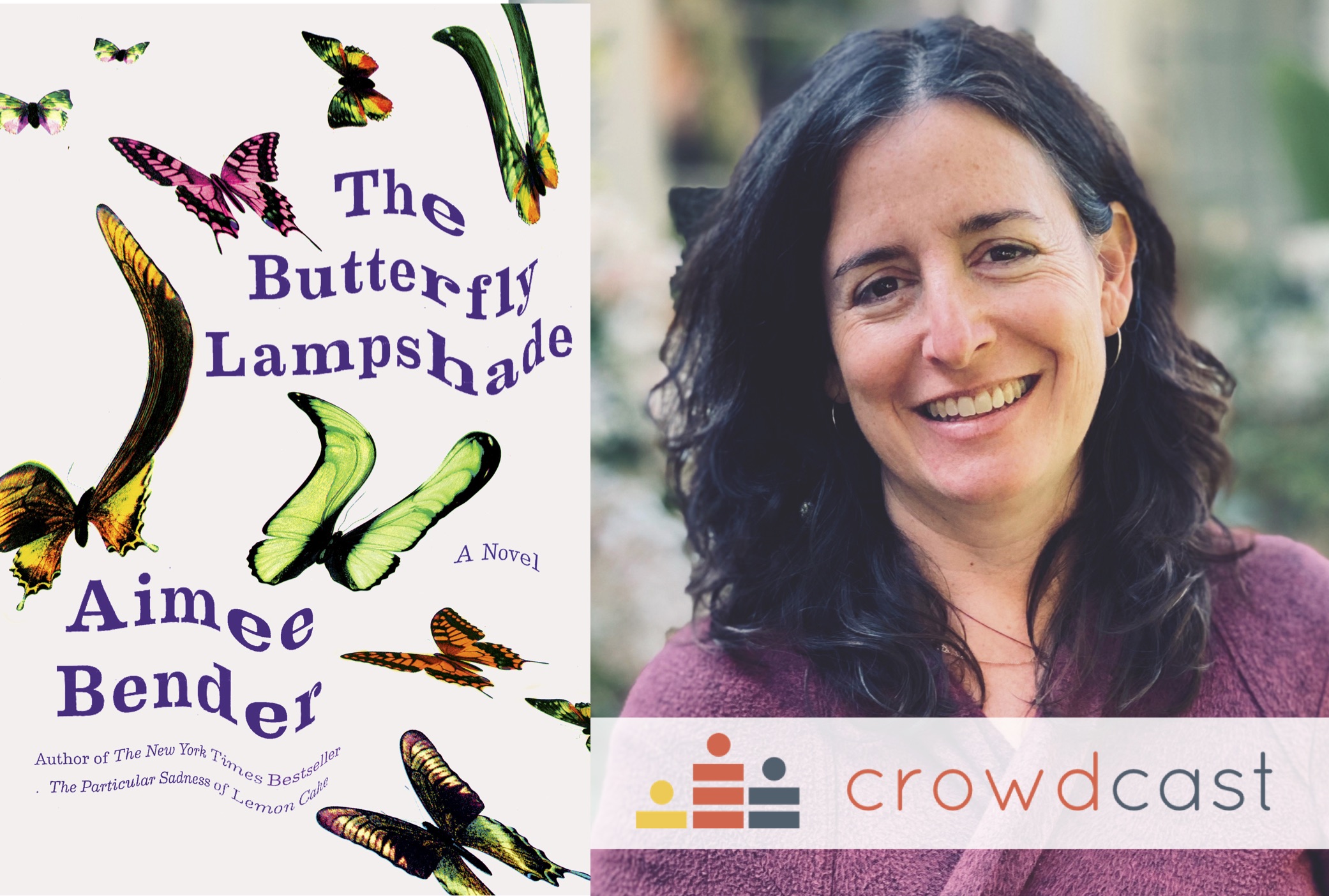 Bookshop welcomes bestselling author Aimee Bender (The Particular Sadness of Lemon Cake) for an online reading and discussion of her first novel in ten years, The Butterfly Lampshade. “[An] astounding meditation on time, space, mental illness, and family. . . Bender’s masterpiece is one to savor.” —Publishers Weekly, starred review

On the night her single mother is taken to a mental hospital after a psychotic episode, eight year-old Francie is staying with her babysitter, waiting to take the train to Los Angeles to go live with her aunt and uncle. There is a lovely lamp next to the couch on which she's sleeping, the shade adorned with butterflies. When she wakes, Francie spies a dead butterfly, exactly matching the ones on the lamp, floating in a glass of water. She drinks it before the babysitter can see.

Twenty years later, Francie is compelled to make sense of that moment, and two other incidents – her discovery of a desiccated beetle from a school paper, and a bouquet of dried roses from some curtains. Her recall is exact – she is sure these things happened. But despite her certainty, she wrestles with the hold these memories maintain over her, and what they say about her own place in the world.

As Francie conjures her past and reduces her engagement with the world to a bare minimum, she begins to question her relationship to reality. The scenes set in Francie's past glow with the intensity of childhood perception, how physical objects can take on an otherworldly power. The question for Francie is, What do these events signify? And does this power survive childhood?

AIMEE BENDER is the author of the novels The Particular Sadness of Lemon Cake—a New York Times bestseller—and An Invisible Sign of My Own, and of the collections The Girl in the Flammable Skirt, Willful Creatures, and The Color Master. Her works have been widely anthologized and have been translated into sixteen languages. She lives in Los Angeles.

The Butterfly Lampshade: A Novel (Hardcover)

END_OF_DOCUMENT_TOKEN_TO_BE_REPLACED

VIRTUAL EVENT: Jennifer Otter Bickerdike, You Are Beautiful and You Are Alone
08/19/2021 - 7:00pm
END_OF_DOCUMENT_TOKEN_TO_BE_REPLACED