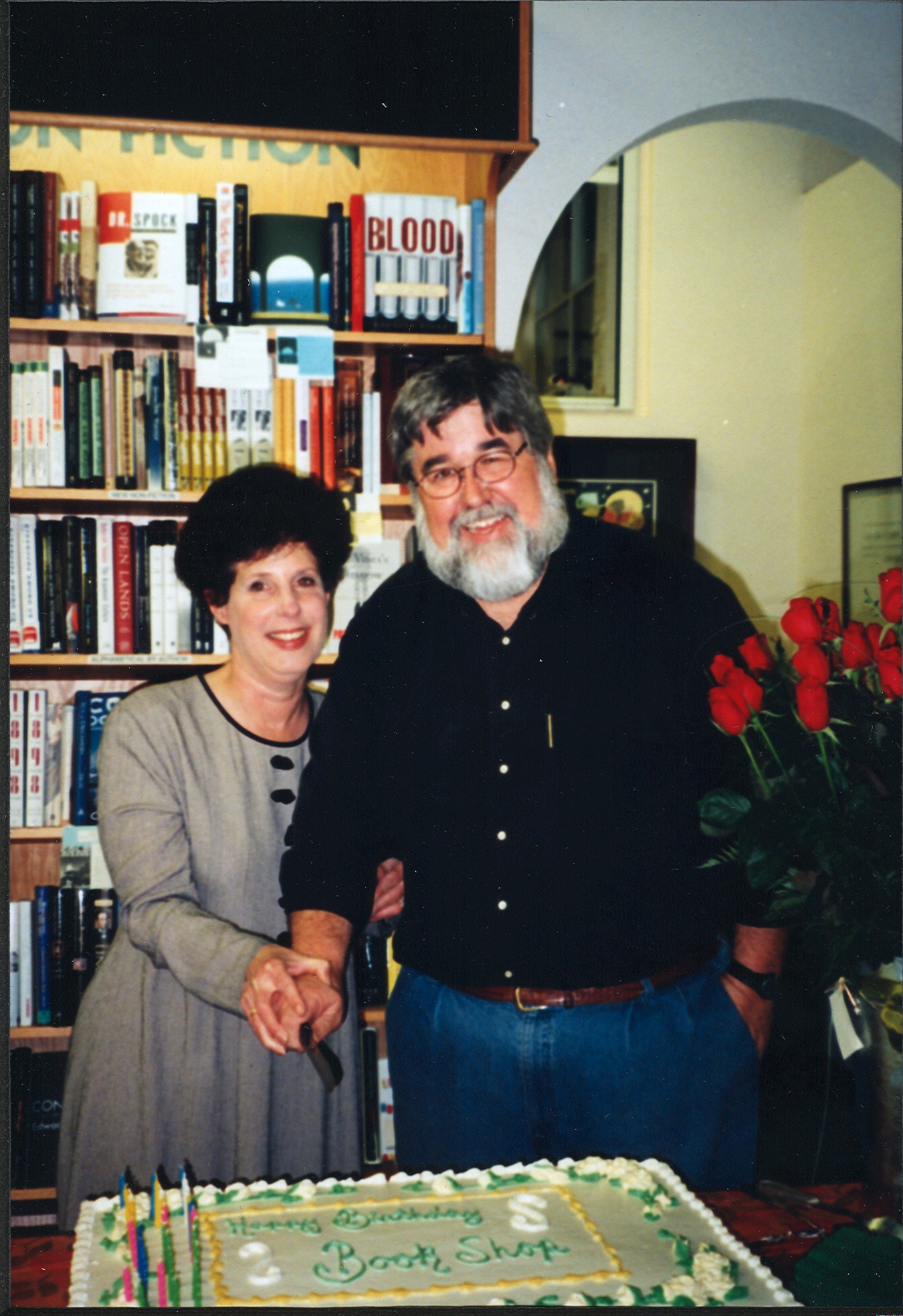 Twenty-six-year-old Neal and 24-year-old Candy Coonerty bought Bookshop Santa Cruz in 1973. "We were young and dumb," says Neal. "You don't know what you're getting into. it's like that old joke, 'How do you become a millionaire by being a bookseller? Start off being a billionaire.'"

During the '70s and '80s, philosophers, authors, hippies, tourists, adventurers, and a few with, say, loose grips on reality were among those who made Bookshop their headquarters.

The customers were as diverse as the writers. Elderly ladies used to frequent the store, making sure to bring treats for Walt, the fat orange cat who was the store mascot for years.

Crazy or not, the formula worked. Book representatives came from all over came to check the stock, using Bookshop's inventory as a guide to advising other bookstores what to buy..

5:04 p.m., October 17, 1989. The Loma Prieta earthquake. At first, Neal and Candy thought their store wouldn't be a casualty. The reporter didn't know the whole story.

Thirty-nine days after the quake, Bookshop was reborn as "Booktent Santa Cruz." "The feeling of it was real cozy, " Candy says. "But, of course, it was hot in the summer, cold in the winter. It was dusty. There was outdoor plumbing."

Despite the difficulties, Booktent Santa Cruz was able to last the three years it took to open its current incarnation. On November 24, 1992, volunteers again showed up in droves, carrying books to its new location.

So, while Bookshop has faced its fair share of disasters, it is its commitment to you, our friends and neighbors, that has allowed us over 33 years of bookselling.

"We will survive because Santa Cruz is one of the few places where independent bookstores can survive. It's the way people feel about their community," Neal says.